Andalusia studies appealing to the Justice the tax on large fortunes

Once the new tax measures presented by the Government are published and approved, the legal services of the Junta de Andalucía "are going to analyse, "whether they invade or empty the content of the tax power that the autonomous communities have by law. 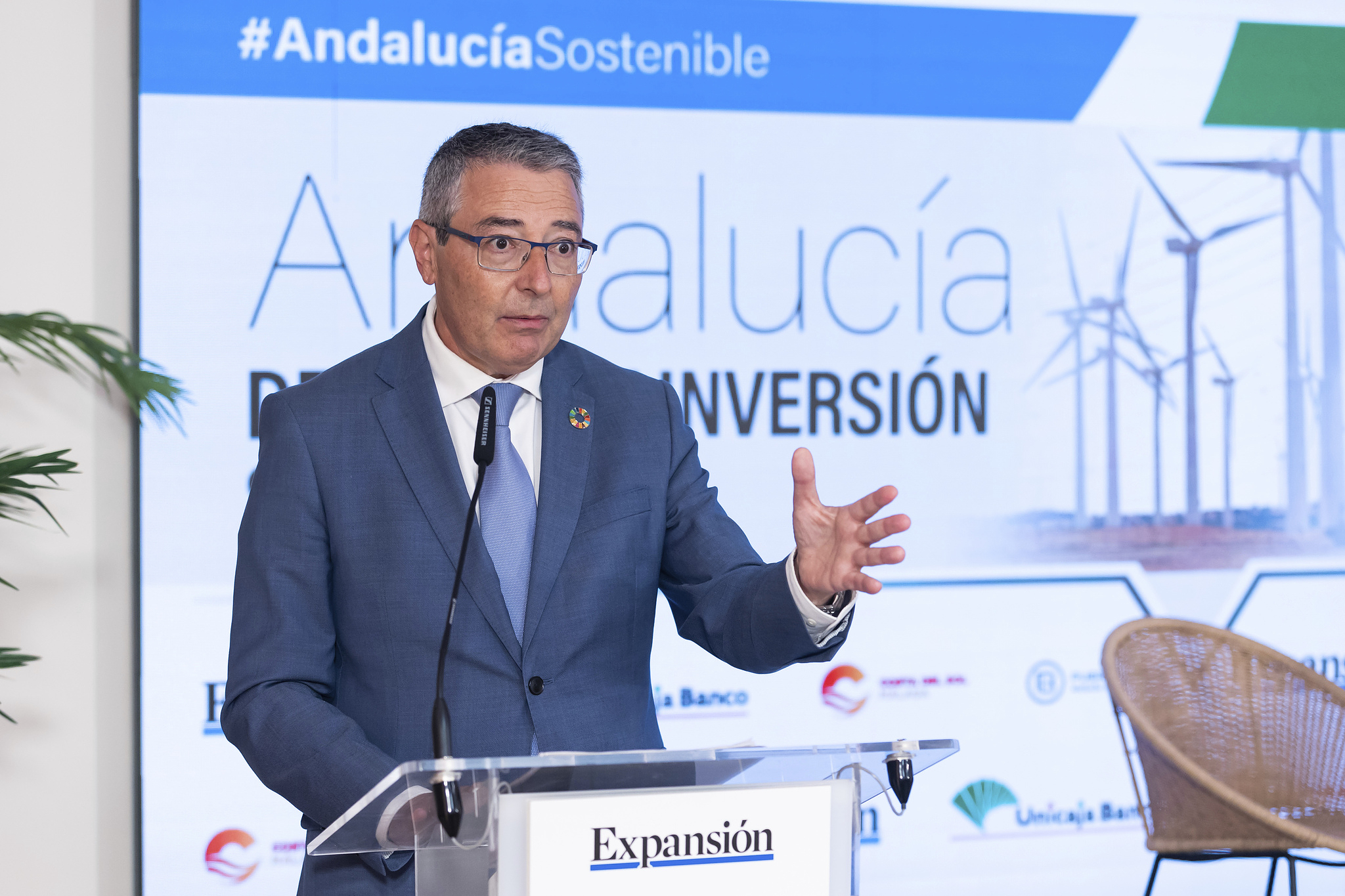 Once the new tax measures presented by the Government are published and approved, the legal services of the Junta de Andalucía "are going to analyse, "whether they invade or empty the content of the tax power that the autonomous communities have by law. Thus, a possible resource would make sense". This is how the Andalusian Councilor for the Economy, Finance and European Funds, Carolina España, spoke yesterday in Malaga during the Andalucía Sustainable Investment Destination meeting, organized by EXPANSIÓN, sponsored by Unicaja Banco, Costa del Sol Málaga and Puerto Banús, and Uppery Club as a collaborating space.

After referring to the sixth reduction in taxes undertaken by the Government of Juanma Moreno -in which the total rebate of the Wealth Tax and the deflation of part of the IRPF rate stood out-, "thanks to which Andalusians will save 360 ​​million euros", he assured that "within a year or two we will be able to show how our economic theory, which is based on tax cuts to collect more, has worked again". She stated "feeling proud that the initial fierce criticism that our initiative received has mutated into a domino effect, thanks to which many citizens will bear less taxes in other communities."

In relation to the tax reform presented on Thursday by the Minister of Finance, María Jesús Montero, he stated that, while waiting for more details, "we consider it positive that the Government has imitated measures such as the increase in the exempt minimum, as it has done Andalusia, but the rest of the fiscal occurrences cause us concern. With the improvisation, we do not know if there are any impact analyzes of this increase in taxes on high incomes, since there is a high risk of capital flight to other neighboring countries".

Precisely, at the center of the controversial package of measures of the Executive of Pedro Sánchez is the so-called Solidarity Tax on large fortunes, which will affect net assets of more than three million euros. In statements to journalists before closing the forum, Spain branded the solidarity tax on large fortunes as "an attack of arrogance" by the Government.

The counselor also mentioned during her speech the accounts for 2023 on which the Autonomous Administration is working, a "green budget that implies that environmental sustainability must be a transversal axis in the definition of budget policies and investment projects" .

He also defined the Next Generation funds, of which "1,218 million" will be initially budgeted in 2023, as "a magnificent opportunity for Andalusia to maintain growth, at the same time that we manage to increase the sustainability and competitiveness of the economic model". In parallel, the commitment to sustainability is completed with the launch between 2021 and 2022 of several sustainable bond issues by the Andalusian Government: "In total, 22 million euros issued, with a great success in the participation of entities".

But he also stated that "Málaga cannot be understood without the rest of the provinces. We are a whole, a community that is not only the best place to live, but also to invest". "From the Board we are doing everything possible to make it easier for businessmen to feel so comfortable here that they do not want to leave. Public investment, public-private collaboration and facilities for investors to come to Malaga and Andalusia are the keys of our Government" , he concluded.

For his part, the president of the Diputación de Málaga, Francisco Salado, presented the main lines of the Málaga Viva project, whose main goal is the fight against climate change. He listed the three basic strategic objectives: "Respect for the environment, guaranteeing the maintenance of biodiversity in the province and the reduction of emissions; creating awareness of environmental problems among mayors and citizens; and thirdly, the creation of networks, associations, companies, individuals, who share common objectives in the face of climate change".

These objectives, which are articulated in nine axes that revolve around the environmental issue, are specified in projects for which the provincial body has allocated 17 million euros this year, for actions of sustainable water management, leak detection, efficiency energy in building, reforestation, sustainable mobility or training tasks and social entrepreneurship, among others. Likewise, he praised the importance of the so-called Gran Senda de Málaga.

On the other hand, the director of EXPANSIÓN, Ana I. Pereda, stressed how "Andalusia has become a pole of attraction for investors and companies", and highlighted "the reduction in taxes carried out by the Board, a fiscal revolution that is at the epicenter of today". She recalled the "favorable prospects" that are projected for the Andalusian economy, "which has gained momentum thanks to the efforts of its entrepreneurs and freelancers, together with the internationalization of its companies and tax policies that encourage such activity."

‹ ›
Keywords:
EconomíaAndalucía
Your comment has been forwarded to the administrator for approval.×
Warning! Will constitute a criminal offense, illegal, threatening, offensive, insulting and swearing, derogatory, defamatory, vulgar, pornographic, indecent, personality rights, damaging or similar nature in the nature of all kinds of financial content, legal, criminal and administrative responsibility for the content of the sender member / members are belong.
Related News