The entrepreneur Bernard Stalter died on Monday, at the age of 63 years. Corporate Chef at artisan's salon, president of the Union nationale des entreprises de 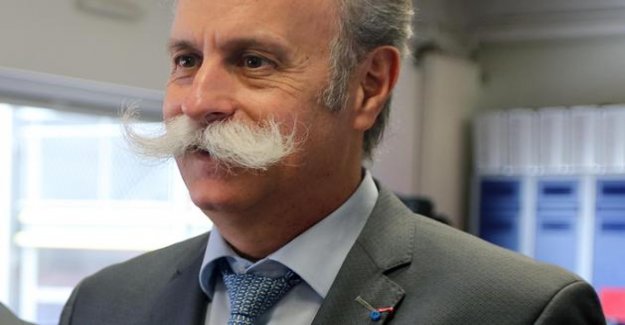 The entrepreneur Bernard Stalter died on Monday, at the age of 63 years. Corporate Chef at artisan's salon, president of the Union nationale des entreprises de coiffure (Unec) and CMA France, the national network of chambers of trades and crafts, Bernard Stalter was a fervent advocate of French craftsmanship.

read also : Bernard Stalter : from the Alsace to Europe, he calls for the artisans

the announcement of his hospitalization, a collective of artisans was quick to raise a banner of support in front of the chamber of crafts of Alsace, which he had the presidency. The entrepreneur Bernard Stalter died Monday, has announced his wife through a post on Facebook. Affected by the covid-19, Bernard Stalter was hospitalized in the intensive care unit "in a serious condition" at the hospital of Strasbourg.

Voice of the artisans, recognizable by his large white mustache, Bernard Stalter defended until the end the interests of his fellow French. During the first weeks of the epidemic, it has participated in joint meetings with the region Is to issue a warning about the economic consequences of the crisis for the self-employed.

This Alsatian, who has always remained deeply rooted in its region of origin, left school at age 14 to become an apprentice hairdresser. He then developed his chain of four salons in the east of France, which has 60 employees. "We have the society we deserve, the business is a fundamental value", forged out of this contractor convinced the 15 march, in a column published in The new yorker . Of the convictions that he has brought in multiplying the positions and commitments : it has occupied since 2017 the role of the vice-president of the european Union of crafts and small and medium-sized enterprises (UEAPME).

His memory was immediately hailed on Twitter by several political personalities, like the Economy minister Bruno Le Maire and the secretary of State Agnès Pannier-Runacher.