When obese seniors rush by on e-bikes

First it's just a soft whirring, hardly audible, then a short gust of wind, and a cyclist rushes past like the legendary racing pig Rudi Rüssel. 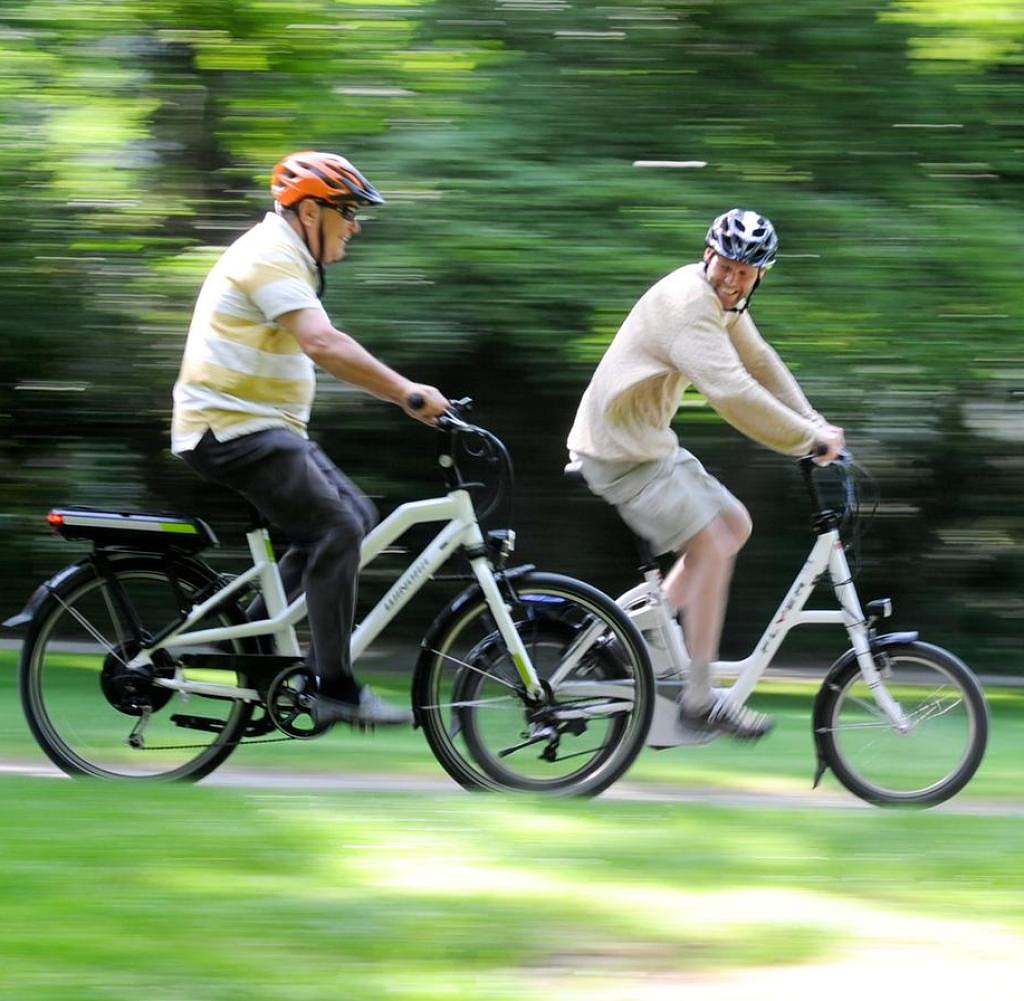 First it's just a soft whirring, hardly audible, then a short gust of wind, and a cyclist rushes past like the legendary racing pig Rudi Rüssel. In the beginning, it's all about the honor of the athletes, when massively overweight cyclists of advanced retirement age pass by like 20-year-old Kreuzberg combat cyclists in a streamlined, skin-tight jersey.

But after a few overtaking experiences of a different kind, you intuitively look at the bulge-like thickenings on the frame, and it's already clear: On the wonderful Main Cycle Path between Bamberg and Aschaffenburg you're practically the only person who isn't on the road with an e-bike.

Entire senior brigades have set out. Their preferred place to stay seems to be the "Venezia" ice cream parlor, specialty "Crocant cups XXL". You feel a bit like you're in the wrong movie - like Saxon Trabi drivers in the early 1990s who were left standing on the autobahn by powerful BMW and Mercedes bullets as if they were driving at walking pace.

Now the monster e-bikes are the big thing, a must-have, the gold standard of CO2-neutral mobility - to put it in the already worn-out youth slang: "the hot shit". A Tesla on two wheels, in all sizes and colors, whether "City", "Trekking" or "Mountain", available for 2500 to 10,000 euros in countless variations and designs. A quantum leap in the relationship between body, mind and "drive unit", a completely new connection between muscle power and a 500-watt motor, where the torque is of course measured in Newton meters.

With "Feel the Flow!", for example, Bosch advertises its e-bike fleet, which naturally includes a "Flow App", a "Smartphone Grip" and lots of "Features" that describe the four main stages of the perfect e-bike. Bike happiness - "Eco", "Tour", "Sport" and "Turbo" - complete. The message is unmistakable: “You are fully networked and focused on the road. Powerful lithium-ion batteries provide the necessary power.”

A cool thing, but also a bit irritating, because the visibly untrained bodies, marked by decades of prosperity, do not seem, at least at first glance, to go with the focused, fully networked power of the lithium-ion batteries. Usually a rather uncool sight.

Powerful, even ultra-cool, on the other hand, is the parade of bikes glistening in the sun, parading around the market squares in Schweinfurt, Kitzingen, Ochsenfurt, Wertheim and Miltenberg, which are characterized by the Middle Ages and Renaissance, when it's time for a snack. In the evening it's off to the stables, to the bike garage of the pre-booked hotel with geometrically precisely arranged power sockets to charge the batteries.

However, one thing remains true: For many, exercise in the fresh air and in the great outdoors while the surprising beauties of our country pass by is still better than sitting at home in front of the television or the computer and spending hours in series or " Minecraft” to sink. At least that's what my doctor friends say.

More and more bicycles are rolling through the streets of the cities. But often the infrastructure is not yet designed for an excessive number of bicycles. Then there are the much faster e-bikes.

‹ ›
Keywords:
EBikesFahrräderDeutschlandLänderporträtsFahrradtourenRadtourenRadfahrerMountainEiscafé VeneziaKampfradlerSonneMainradwegRudi RüsselSmartphone
Your comment has been forwarded to the administrator for approval.×
Warning! Will constitute a criminal offense, illegal, threatening, offensive, insulting and swearing, derogatory, defamatory, vulgar, pornographic, indecent, personality rights, damaging or similar nature in the nature of all kinds of financial content, legal, criminal and administrative responsibility for the content of the sender member / members are belong.
Related News