The future of mobility is – to a large extent – ​​electric. 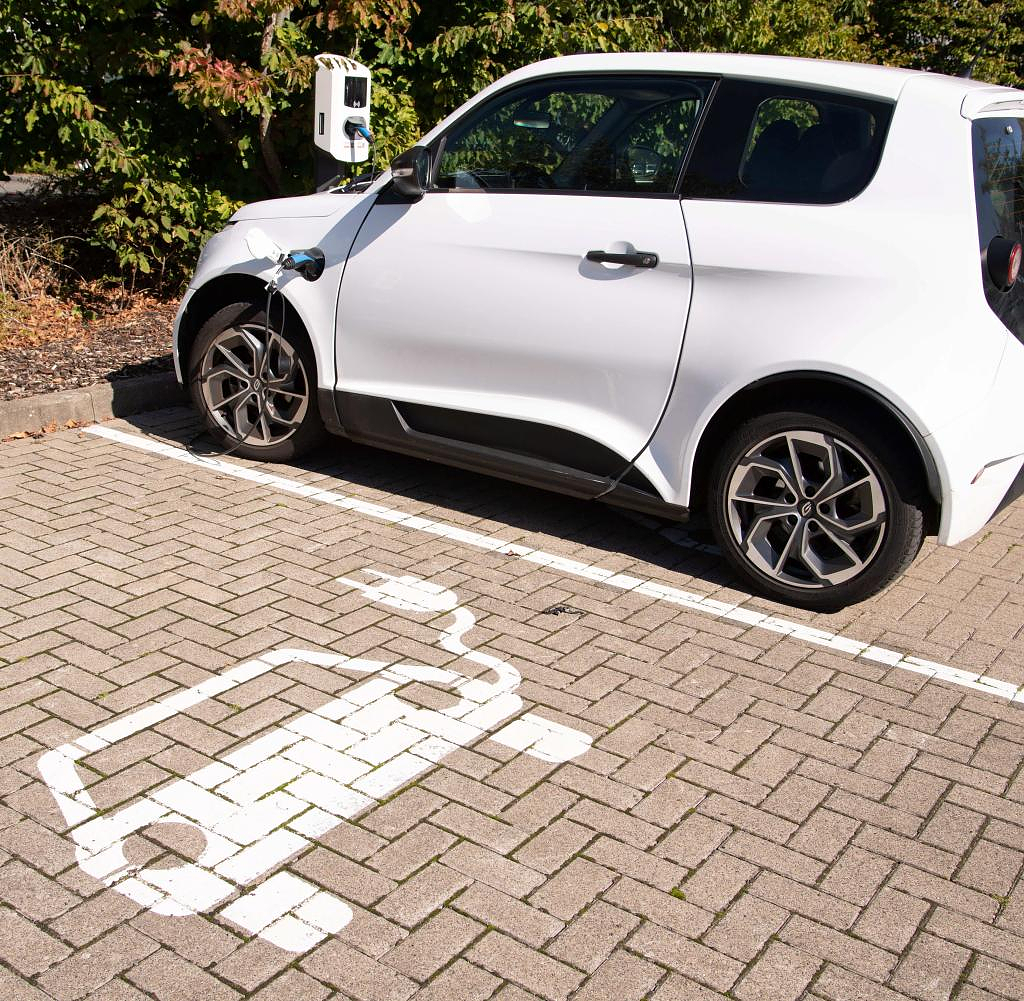 The future of mobility is – to a large extent – ​​electric. Politicians and manufacturers have set the course accordingly and declared electric mobility to be a core instrument for the decarbonization of car traffic. The goal has been set and given an ambitious mark of 15 million electric vehicles in Germany by 2030.

Great efforts have already been made to ensure that climate protection goals in transport are achieved and that electromobility is ramped up successfully: Significant subsidies have been and are being invested, the charging infrastructure is expanded and the legal framework is changed at Berlin and EU level. Everything in the direction of E. The ADAC is actively involved in this process - and supports its members in switching to electromobility.

In expert forums, public debates and parliamentary processes, the ADAC advocates consumer-friendly solutions, such as transparency when charging. It is our wish that people have the opportunity to travel emission-free and to make their contribution to achieving climate protection goals even if they are dependent on the car.

From a consumer perspective, however, we have to admit that the switch is becoming more difficult than easier for a large part of the population. On the one hand, this is due to current developments that were not foreseeable in this way: Uncertainties are increasing as a result of the energy crisis, which is also driving up electricity prices. And the chip and raw material shortage ensures a significantly reduced supply.

Vehicles are hardly available or only available with long delivery times. Neither is an incentive to buy. In addition, the long-term perspective of state funding is unclear. Manufacturers should be aware that the excess demand from buyers will soon come to an end in the current economic situation and that the pricing policy of recent years has fueled reluctance to buy.

Irrespective of these developments, however, we are also seeing tendencies on the German car market that worry us with regard to the urgently needed mass suitability of e-mobility: New vehicles in Germany have become significantly more expensive in recent years. According to ADAC calculations, prices have risen by around 20 percent since 2017. This applies to combustion engines and electric cars. In general, however, it is true that the goal of partially overcoming the climate problems through fleet renewal is much more difficult to achieve if the acquisition costs are manageable for fewer and fewer people.

To make matters worse, e-vehicles are still significantly more expensive than combustion engines. The high price difference between many e-cars and comparable combustion models has so far been covered by subsidies of up to 9,000 euros, but will become more apparent as soon as the subsidies drop. The uncertainty about the subsidy level is also a nuisance for buyers given the long delivery times.

The authority responsible for processing refuses to implement a two-stage procedure for the funding commitment: a commitment immediately after purchase and payment upon approval. So far, buyers cannot be sure what funding they will receive, because applications can only be made after approval.

Another phenomenon must be viewed critically in terms of the affordability of e-mobility. So it is noticeable that German manufacturers remove many basic models with weak engines and little equipment from their range and instead rely on more expensive and better equipped variants. In addition, the search for a German small electric car is almost in vain: the German car manufacturers have almost completely withdrawn from the segment and are currently leaving it to European and increasingly Chinese manufacturers.

"We need charging stations specifically in the urban centers," says WELT business editor Nando Sommerfeldt. He would quickly phase out subsidies for electric cars. The money could be better invested.

It remains to be seen which of these vehicles will be accepted by German customers. In any case, it would be important to significantly increase the number of people for whom e-mobility is affordable. With high inflation and rising energy costs squeezing people's disposable income, the need to expand supply along these lines becomes even more urgent.

However, the truth is that e-cars are currently worthwhile for many people, at least when considering the total costs. In this calculation, ADAC also takes into account repair and maintenance costs, insurance and taxes, depreciation and the costs of charging or refueling. The scenario in which the e-advantage tips over with rising fuel and electricity costs can only be answered for the individual case and depends on the driving profile and the charging options.

In addition to the purchase and energy costs, the ADAC is convinced that other factors are important for consumers, which are currently only being met to a very limited extent: predictability, reliability and transparency. And precisely because the development of the energy crisis can hardly be estimated at the moment, it is all the more important to eliminate uncertainties where possible.

This applies, for example, to the calculability of state vehicle subsidies, the transparency of prices for public charging and the availability of charging options. With the master plan for charging infrastructure II, the federal government has raised high hopes on the last point. Here it will be important that the economy also fulfills its responsibility.

Mobility is becoming more diverse, but the car remains relevant - especially outside of the inner cities. From the point of view of the ADAC, it is therefore desirable that "everything in the direction of E" is redeemable for all future drivers and not a privilege for a few. It is important that alternatives to the car are developed, become more attractive and are increasingly used. And at the same time it is realistic that many motorists will continue to drive a combustion engine.

The holding period for cars increases under the given framework conditions. Here, too, a solution is needed that enables compliance with climate targets and prevents restrictions on mobility: alternative fuels that enable these vehicles to be operated in a climate-friendly manner. Let's put it this way: Affordable, climate-friendly mobility for everyone, that's what it's all about.

Karsten Schulze is Technical President of the ADAC

‹ ›
Keywords:
ADACElektroautosMobilität
Your comment has been forwarded to the administrator for approval.×
Warning! Will constitute a criminal offense, illegal, threatening, offensive, insulting and swearing, derogatory, defamatory, vulgar, pornographic, indecent, personality rights, damaging or similar nature in the nature of all kinds of financial content, legal, criminal and administrative responsibility for the content of the sender member / members are belong.
Related News