The journey to the media center in Doha took just under an hour and a half. 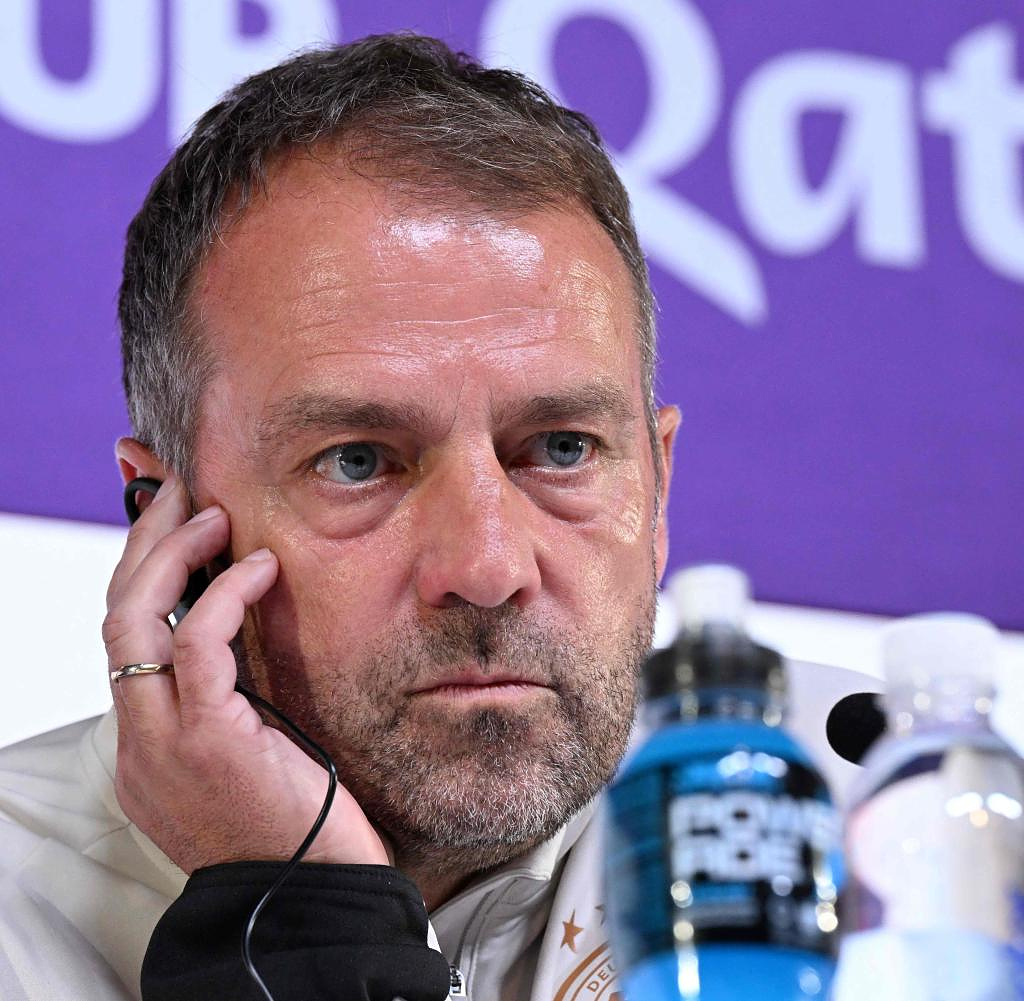 The journey to the media center in Doha took just under an hour and a half. Hansi Flick would certainly have saved himself the trip. However, in the run-up to the World Cup, the national coach gave his “okay” for a team quarters that is far outside the Qatari metropolis where all the other teams reside.

However, on the long drive to the obligatory press conference the day before a game, Flick had the opportunity to think about a few things, as Sunday is the most important game in his young career as national coach: Germany scores in the second group game in the evening on Spain (8 p.m., ZDF and MagentaTV). A defeat after the 1:2 in the opening match against Japan could already mean the premature end of the World Cup.

It would be the second time in a row that the once great football nation would have to go home after the first round. 2018 in Russia was sealed after two bankruptcies against Mexico (0: 1) and South Korea (0: 2) and a win against Sweden (2: 1).

"We will see a team that knows what is at stake and that will do everything to leave the door open for the round of 16 on the last day of the game," said Flick at the press conference. Although desired by the world association Fifa, no German player appeared, only Flick commented; the German Football Association (DFB) may therefore face a penalty. Flick justified the absence of a player by saying that the player was spared the journey to and from the club and instead wanted to be able to calmly prepare for the final training session in the evening. "I said I'll do it alone."

“Against Spain it is important to be there. We're looking forward to the game," added Flick: "It's important that we're there tomorrow. We have a plan and we hope that it will work.” Whether the recently injured Leroy Sané, 26, can be there is an open question. He wanted to “sleep again” about the starting eleven, said Flick.

Despite the 7-0 statement in the first game against Costa Rica, Spain coach Luis Enrique warned against taking the game against the German team lightly. Germany has won four World Cup titles, according to Enrique: “If you look at the German shirt, you can see four stars. Germany is strong and has a lot of good players. It will be a challenging game for us. Two teams play against each other, who like to have the ball and like to attack. It's going to be a tough game, but we're confident we can beat them.” That's exactly what Dani Olmo conveyed, speaking after his coach at the press conference on Saturday. The offensive player from Bundesliga club RB Leipzig said: "Germany has a lot of quality. We must not underestimate the team.”

From a German point of view, it's an "all or nothing game", a game in which there is a lot at stake - and a match for which, as quite a few footballers have already said, you play football. In July of last year, Hansi Flick became the eleventh national coach in the history of German football to take over the national team. He had succeeded Joachim Löw, who had previously held the post for 15 years.

Flick closed 2021 with seven wins in seven games – and with a goal ratio of 31:2. It was balm for the maltreated German football soul. Even if the opponents were only called Liechtenstein, Armenia or Iceland. When the first big calibers came along, things weren't going quite so well. It suddenly became apparent that Flick is not a miracle healer and cannot simply fix problems.

A 2-0 win against Israel in March was followed by four draws against the Netherlands, Italy, England and Hungary. All games ended 1:1. Shortly before the summer break there was a 5:2 draw against Italy, but the German team never seemed really stable and as dominant as they once were. This became clear in the game against England in London at the end of September. The German team was already leading 2-0 and had the opponent under control before the hosts turned the game around and took a 3-2 lead. In the end, Kai Havertz made it 3:3.

The game against Japan last Wednesday was a bit reminiscent of that. Once again it was noticeable: As soon as the opponent changes something, increases the pressure, presses earlier, changes and plays more energetically, the German team begins to falter. It's frightening how relatively young but already very experienced players get out of step, seem insecure and don't know how to deal with the new situation on the pitch. When the Japanese took the lead, there were seven minutes of regular time left to correct the score - plus there was seven minutes of stoppage time. But the DFB selection was not even dangerous with standards. Two corners remained unused.

The German team can't afford to do that against Spain. Too much is at stake. For the football nation itself, for the national coach - and also for many players. Sure, a 19-year-old star like Jamal Musiala still had his future ahead of him, and many other professionals are likely to play one or the other international match in their careers. But there are also world champions like Manuel Neuer (36 years old) or Thomas Müller (33) for whom it might have been their last chance to reach for a title with the national team again. It's about Oliver Bierhoff, the director of national teams, for whom it would be the second World Cup embarrassment. It is also about Bernd Neuendorf, the DFB President, who was unable to clarify the issue of wearing the "One Love" bandage in the run-up to the tournament. Instead, the discussion overlaid the first days of the World Cup - and it's also about Hansi Flick.

The coach is very popular. With the players, in public. But his reputation would suffer from an early failure in Qatar. His magic is at stake.

But there is still the opportunity to get the curve at the current World Cup. Perhaps a look at past World Cups serves as a good omen: the German national team has never lost two games in a row in their 19 World Cup participations.

‹ ›
Keywords:
Fußball WM 2022DFBGartenschlaegerLarsDeutschland FrauenFußballnationalmannschaftWolffJulienFlickHansDieter (Fußballtrainer)SpanienSpielDeutschlandSpielGames
Your comment has been forwarded to the administrator for approval.×
Warning! Will constitute a criminal offense, illegal, threatening, offensive, insulting and swearing, derogatory, defamatory, vulgar, pornographic, indecent, personality rights, damaging or similar nature in the nature of all kinds of financial content, legal, criminal and administrative responsibility for the content of the sender member / members are belong.
Related News