The New York parquet starts June losing ground for fear that the United States will grow less than expected. 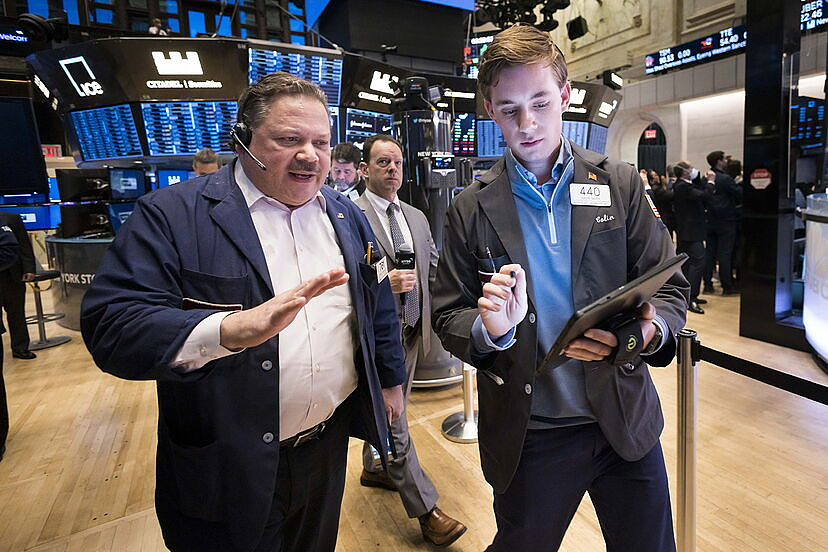 The New York parquet starts June losing ground for fear that the United States will grow less than expected.

The fear of a slowdown in the economy has led Wall Street to chain its second closing in the red. Investors fear that the United States will grow less than expected this year, something that the Federal Reserve has also reflected in its beige book. According to the central bank, the growth of the first power on the planet is "little or modest".

To this observation have been added the statements of the president of JPMorgan, Jamie Dimon, who has warned of the arrival of an economic "hurricane". "This hurricane is here now and it's coming towards us (...) We don't know if it's a minor one or the big storm Sandy, so they better get ready," he warned.

On the floor, this concern has translated into a drop of 0.54% for the Dow Jones, which has closed at 32,813 points. Salesforce, Chevron and Caterpillar have led the advances in the selective, while Walmart, 3M and American Express have been the most punished stocks.

For its part, the Nasdaq has deflated 0.72%, to 11,994 points. Meta (Facebook) has been the most penalized company of the day among the big technology companies as a result of the resignation of Sheryl Sandberg, its director of operations. The group has left 2.58% on the stock market. This contrasts with the escalation carried out by Amazon or the slight variations experienced by Apple, Alphabet and Microsoft.

In the oil market, a barrel of West Texas, a benchmark in the US, stands at 114 dollars. The ounce of gold recovers 1,850 dollars, while the return on the US 10-year bond climbs above 2.9%.