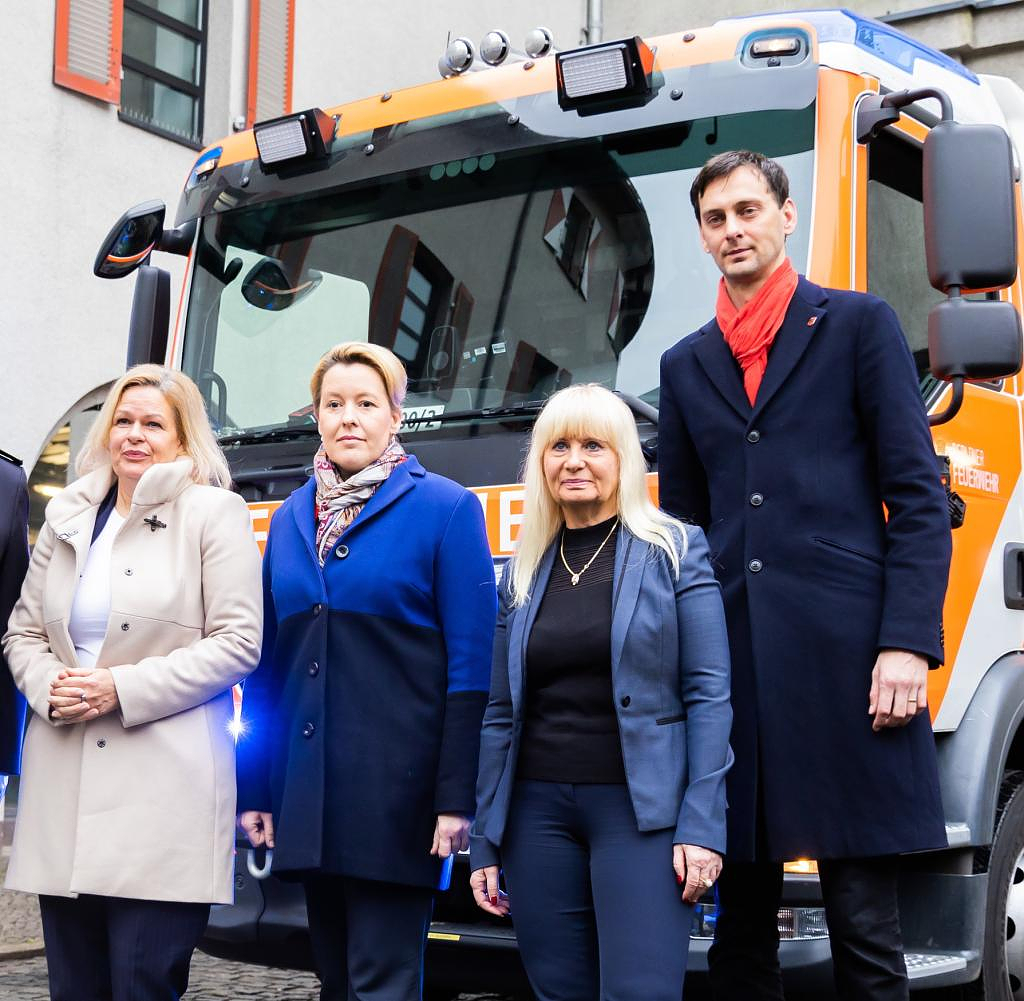 After the New Year's Eve riots with attacks on police officers and firefighters, Federal Interior Minister Nancy Faeser (SPD) wants to tighten gun laws. A permit is required for the purchase of alarm guns. These played a major role on New Year's Eve, but were "not a harmless instrument," said Faeser on Friday during a visit to the fire brigade in Berlin-Neukölln.

"It's a weapon. Permission is required for this,” emphasized the Federal Minister of the Interior. "I think this tightening is an important signal."

Before the riots on New Year's Eve, Faeser had spoken out in favor of tightening gun laws and is now hoping for the support of the Conference of Interior Ministers (IMK). Berlin's Interior Senator Iris Spranger (SPD), who accompanied Faeser on her visit together with Berlin's Governing Mayor Franziska Giffey (SPD), had already announced as the new chairwoman that she would bring up the topic there.

On the night of New Year's Day, police officers and firefighters were attacked in several cities, including with firecrackers and rockets. The attacks were particularly violent in some areas of Berlin. The Berlin fire brigade has now reported that in at least 20 cases barricades have been set up and emergency services have been attacked. That is the current status after discussions with firefighters from the night, said fire department spokesman Thomas Kirstein.

Faeser condemned this "disgusting kind of crime". She considers one of the most important points to be that the juvenile offenders, in cooperation with the judiciary, immediately felt a reaction to their crimes and realized that the state is capable of acting. She also advocated improved social work in day care centers and schools. However, the phenomenon of a lack of respect for emergency services is not new: "We need more respect for what is being done."

Regarding the migration debate, Faeser said that it had to be addressed: "Who is it about?" It would not be right to conceal the perpetrators' migration background. But it would also be wrong to misuse this for political discussions.

‹ ›
Keywords:
NewsteamNeuköllnFeuerwehrFaeserNancyGiffeyFranziskaTexttospeechNancy FaeserFranziska GiffeySPDIris SprangerBerlin FeuerwehrHomringhausenSilvesternachtKrimi
Your comment has been forwarded to the administrator for approval.×
Warning! Will constitute a criminal offense, illegal, threatening, offensive, insulting and swearing, derogatory, defamatory, vulgar, pornographic, indecent, personality rights, damaging or similar nature in the nature of all kinds of financial content, legal, criminal and administrative responsibility for the content of the sender member / members are belong.
Related News