Traffic Civil Guard of Granada reported on Sunday that they have restored traffic to the A92 area at the height of Moraleda de Zafayona. 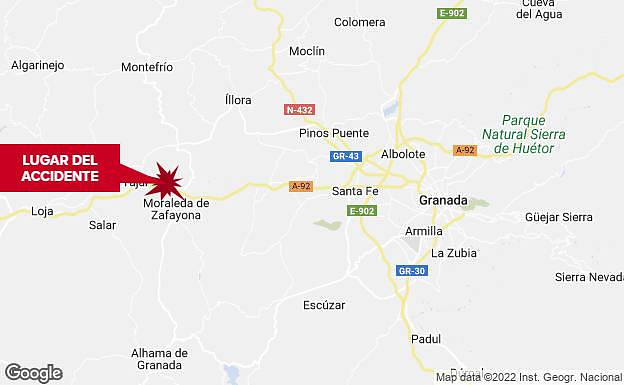 Traffic Civil Guard of Granada reported on Sunday that they have restored traffic to the A92 area at the height of Moraleda de Zafayona. An alternative detour was made along the service road after an accident between two buses and a tourism which has resulted in the death of one and the injury of 35 others, seven of whom are serious.

Sources from the Benemerita and Europa Press have confirmed this. They indicated that the victim in the accident was one the bus drivers. The destination of the passenger vehicles was Algeciras, which would later cross into Morocco as part of Operation Crossing the Strait.

Emergencies 112 Andalucia reported that the same event took place minutes before 6:00 AM. Several citizens called 112 to report that two cars and buses collided at Kilometer 210 on A-92, Malaga direction.

Alerts indicated that several people were injured and trapped in the vehicles. The coordinating center activated immediately the Civil Traffic Guard and Health Emergency Center (CES 061) 061, Civil Protection, and the Consortium Firefighters.

Europa Press was informed by Maria del Carmen Cantero (the mayor of the city) that the City Council had "put all available resources" at the disposal of authorities and that the incident occurred "on the same highway."

The 112 also reported that the head and provincial technical advisor of the 112 Emergency Service in Granada were at the accident scene. They confirmed that one person had died and that there were seven serious injuries. There are 28 other considerations.

‹ ›
Keywords:
TrasTraficoAccidenteRestablecidoMoraledaZafayona
Your comment has been forwarded to the administrator for approval.×
Warning! Will constitute a criminal offense, illegal, threatening, offensive, insulting and swearing, derogatory, defamatory, vulgar, pornographic, indecent, personality rights, damaging or similar nature in the nature of all kinds of financial content, legal, criminal and administrative responsibility for the content of the sender member / members are belong.
Related News