Tour of Denmark: safe return for Bernal, victory for Kooij

The winner of the 2019 Tour de France and the 2021 Giro crossed the line in the peloton in an anecdotal 109th place, after a quiet day during which we sometimes saw him riding at the forefront on the 225. 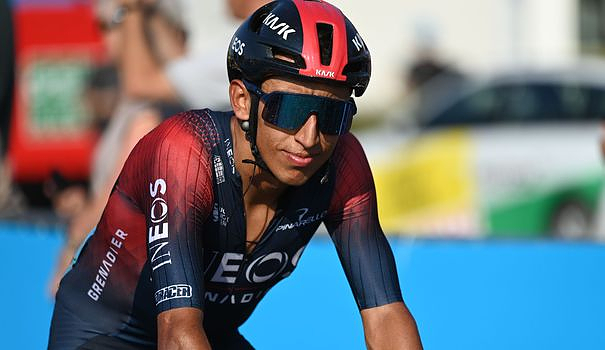 The winner of the 2019 Tour de France and the 2021 Giro crossed the line in the peloton in an anecdotal 109th place, after a quiet day during which we sometimes saw him riding at the forefront on the 225.3 km course between Allerod and Koge.

"I'm very happy, super happy to be back in competition (...) My objective is to go all the way, to try to help the team as much as I can and to pick up the pace and gain some confidence in the peloton," Bernal told Colombian channel Caracol Television after the race.

At the start, the Colombian was a little nervous in front of the crowd and wanted to "race safely and enjoy it as much as possible".

On January 24, the South American had hit a coach head-on in training in Colombia. He had been operated on several times for a multitude of fractures (femur, patella, vertebrae). "I had a 95% chance of being paraplegic and almost lost my life," he said.

The first Colombian winner of the Tour had not raced since his sixth place at the Vuelta last year.

His return had been announced the day before the start of the Tour of Denmark.

In the sprint, Kooij beat the Belgians Jasper Philipsen and Timothy Dupont. The main breakaway of the day comprising six Danish riders was caught by the peloton 12 kilometers from the finish.

On Wednesday the second stage, a 12.2 kilometer time trial, will be run in Assens in the center of the country.

Classification of the first stage between Allerod and Koge: