Schleswig-Holstein still has to make significant gains in the expansion of onshore wind power. 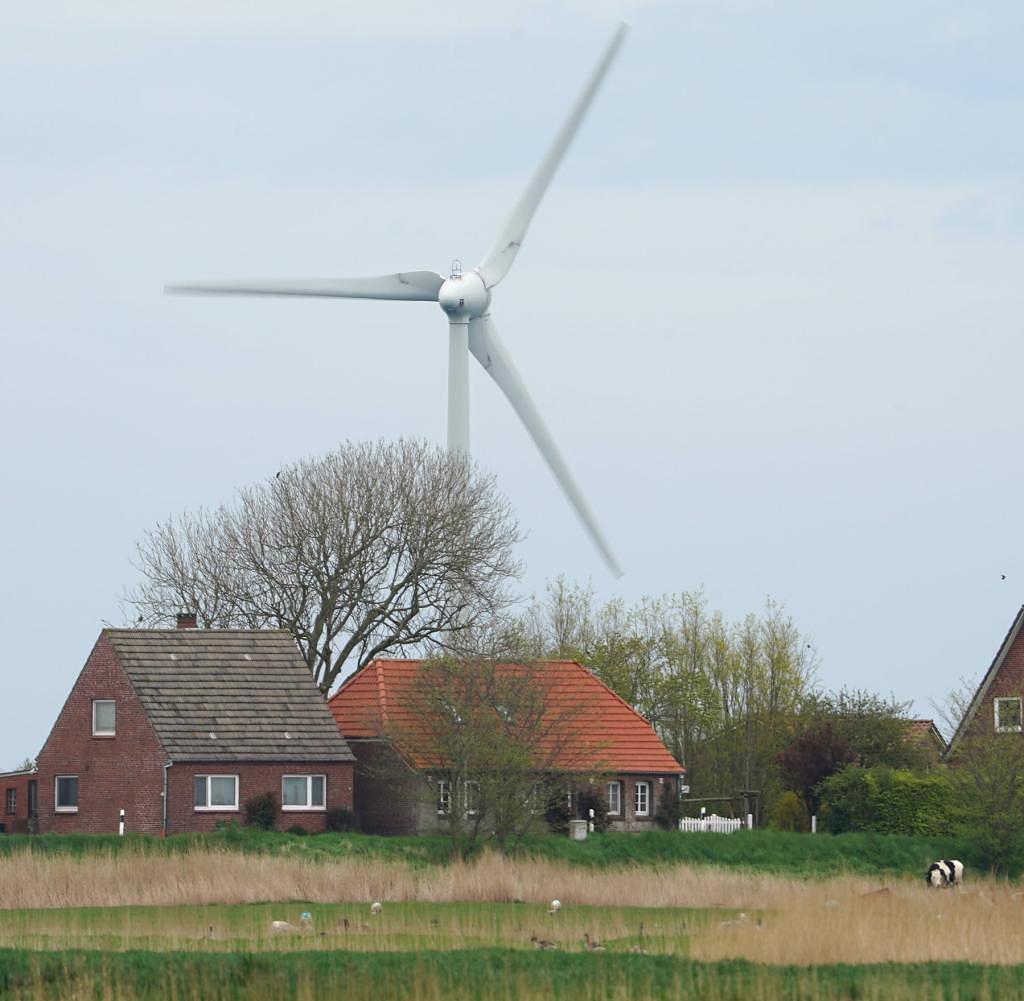 Schleswig-Holstein still has to make significant gains in the expansion of onshore wind power. Since replacing old systems with more powerful new ones (repowering) will not be enough to meet the federal government's own goals and requirements, additional areas must be developed. "This is a real challenge, but we can overcome it," said Energy Minister Tobias Goldschmidt (Greens) of the German Press Agency.

First of all, areas that were previously excluded as unsuitable should be re-evaluated. "If that's not enough, you will have to look at protection criteria again - from monument protection to distances to the forest and traffic axes to air traffic control and nature conservation areas," said Goldschmidt.

"There shouldn't be any taboos," Goldschmidt continued. Only the specified distances to residential buildings should be maintained. "They are set responsibly and we give the population the security that it will stay that way."

The need for expansion is considerable, although almost 3,000 wind turbines with a capacity of over 7 gigawatts are already generating wind power in the north. In the coalition agreement, the CDU and the Greens have anchored the goal of generating 30 to 35 terawatt hours of electricity annually from onshore wind power by 2030. "We would need 15 gigawatts of power for that," said Goldschmidt.

"We are assuming an output of 10 gigawatts for the areas previously reported." As a result, new areas are required. "The federal government requires us to show 2.87 percent of the country's area, and we probably need this size to install the 30 to 35 terawatt hours."

Goldschmidt said he now had to talk to the Minister of the Interior, Sabine Sütterlin-Waack (CDU), who is responsible for state planning. "We will analyze what is already on priority areas, what can be generated by repowering - and then there will be a delta that we have to close." So far, just over 2 percent of the country's area has been designated for wind power. On July 8, the Federal Council approved a package of laws for a faster expansion of green electricity from wind and sun. This also includes area specifications for the federal states.

"We need more renewable energies nationwide and fair distribution so that all countries make their contribution," said Goldschmidt. "That's also important for our acceptance." The country is ready to do more than others. "But we also expect the federal government to set the framework conditions in such a way that Schleswig-Holstein can participate even more economically in the energy transition."

Goldschmidt referred to the ongoing issue of network charges. "We pay comparatively high ones - there has to be a reform." The federal government is obliged to submit a proposal quickly. "We did an expert opinion ourselves and prepared how such a reform can work." It's about easing the burden on citizens in regions with high grid fees, because the electricity price would drop for them, but above all for companies, which then increasingly settle - and get incentives to innovate.

From Goldschmidt's point of view, the current system is unfair because it puts regions with few people and a lot of renewable energy production - such as Schleswig-Holstein - at a disadvantage compared to those with many people and a lot of electricity consumption.

“We are the best in the national comparison,” said Goldschmidt. "We get a lot of attention in federal political discussions because we have a lot of approvals for new plants and the expansion of renewable energies is widely accepted here." A state like Bavaria with a lot more industry has to rethink. "There is little new installation and then you are on the brakes when it comes to grid expansion - that makes neither climate policy nor economic sense. In terms of energy policy, Bavaria is on the wrong track.” This is particularly evident in the current crisis.

In the north, wind energy has a tailwind again after several years of lull. After three years with less than 60 new approvals, the number rose to 162 in 2020 and to 218 last year, with a total output of a good 1 gigawatt. In the first half of 2021, 55 permits were added. According to the Ministry of Energy, there are currently 360 open procedures for new permits. Ten applications were rejected from January to the end of May, the main reason being incomplete documents.

The regional distribution of wind turbines varies greatly. As of July 1, Dithmarschen (817) and North Friesland (799) were at the top, followed by the districts of Schleswig-Flensburg (41), Ostholstein (309) and Steinburg (273). In the independent cities of Kiel, Flensburg and Neumünster there are no wind turbines, in Lübeck there are at least three.

‹ ›
Keywords:
SchleswigHolsteinEnergiekrisenWindkraftWindräderErneuerbare EnergienKlimaschutzJuli DithmarschenPolitikTobias GoldschmidtNordfrieslandPellwormSteinburgEnergieministeriumGrüneCDUFlensburgLübeckNeumünsterRepoweringKielBayernBundesratOstholstein
Your comment has been forwarded to the administrator for approval.×
Warning! Will constitute a criminal offense, illegal, threatening, offensive, insulting and swearing, derogatory, defamatory, vulgar, pornographic, indecent, personality rights, damaging or similar nature in the nature of all kinds of financial content, legal, criminal and administrative responsibility for the content of the sender member / members are belong.
Related News