The Ibex avoids the weekly full of falls before US employment

Optimism prior to the release of the official US employment report clears the way for gains. 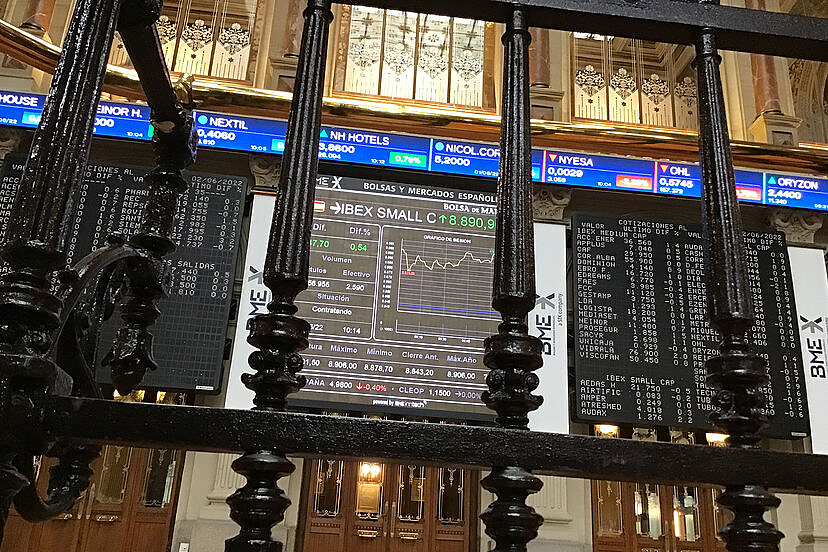 Optimism prior to the release of the official US employment report clears the way for gains. The Ibex activates the rebound after chaining four drops in the week.

All eyes are on the official US employment report today, which will be released at 2:30 p.m. Spanish time. The Federal Reserve has reiterated that the labor market is one of the references that it values ​​most when it comes to adjusting its monetary policy, hence, in the midst of an escalation in interest rates, today's data is especially relevant to assess the possible magnitude of this monetary tightening.

Today's data is preceded by the publication yesterday of data that could advance the trend of the figures that will be known today. Job creation in the private sector slowed down in May, figures that were received with notable revaluations on Wall Street, especially in the technological Nasdaq, the most sensitive to rate hikes. A slowdown in job creation could encourage the Fed to take a pause in its rate hikes in September, which in turn would bring relief to economic growth.

With these references, analysts today expect job creation to moderate from 406,000 jobs in April to 325,000 jobs forecast for May. The unemployment rate could fall from 3.6% to 3.5%, and wages would also slow down, a sign that could moderate inflationary pressures.

While waiting for the official US employment figures, investors maintain the favorable line that Wall Street showed yesterday. Hopes of a future pause in Fed rate hikes sent the Nasdaq up more than 2.5%. The upward trail continued this morning in Asia, on a day in which the Tokyo Nikkei rose 1.20%.

Europe is also pointing to the rise, and the Spanish stock market finds favorable references from abroad to activate the rebound, waiting at least for the US data. If the previous week the Ibex signed a full increase, with a favorable balance of 5.3%, today the selective index tries to avoid the full falls. The improvement of the Ibex approaches the threshold of 8,800 points, still below the 8,933 points with which it closed last Friday.

The rest of the European stock markets follow the bullish trail left yesterday by Wall Street, with the technological ones at the forefront of the advances, in a day conditioned in part by the closure for a holiday of one of the main centers of activity of the markets in Europe, the London Stock Exchange.