The Ibero-American Union of Municipalists recognizes the local tourist guide who has a gender-oriented perspective. 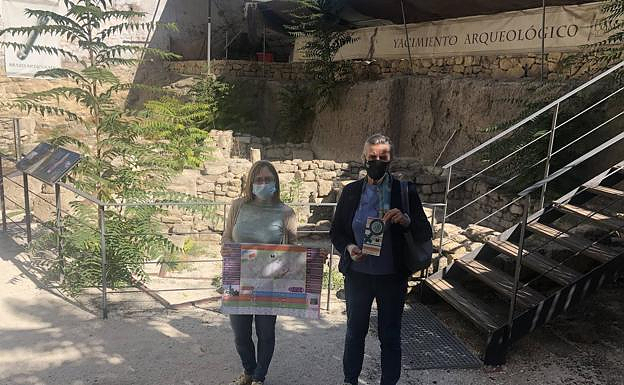 This project began with the collection of stories and spaces from Alcala's women, both in the village and within the locality. These documents are the basis of the project. Now, it is time to create a tourist guide that reflects the gender perspective.

Three spaces were created using Soledad Murillo's book "The Myth of Private Life" as a guide. Around them, women's life stories were adapted, and the buildings and elements that were unique to them were identified. Alcala la Real's private space is what stands out. It refers to time that can be used for personal growth, hobbies or free time. Here, one could also highlight the Municipal Library, which has a woman’s name. The domestic space is related to family life and can be seen in the various fountains and laundries as well as the distinctive crosses and niches that are characteristic of the municipality. Finally, the private space is closely linked to the workplace. Important groups of women like the Hilanderas and the Churilleras are here.

This transversal approach earned the document a Special Mention in the category Gender Mainstreaming In Local Public Policies for the Best Local Practice With a Gender Approach. It highlights the town hall's areas of Tourism, Equality and the area of Local Government. The act of recognition, which will be held electronically, will be next Friday, October 2, at 7:00 p.m. Spanish. Yesterday afternoon, the guide was presented to the group in a roundtable where participants could ask questions and get information about the initiative. "Inequality exists in all nations and the stories and experiences of women are not known because no one has ever counted them," stated Lola Priego and Mercedes Ramirez, who were both technicians in the Equality area and have been involved in the project.

The visits already incorporate a gender perspective, some of which are made for Women's Day, while another coincides with the last-year visit of members of Ibero-American Union of Municipalists.

You can find the round table here

‹ ›
Keywords:
UnionIberoamericanaMunicipalistasPremiaGuiaTuristicaPerspectivaGeneroLocalidad
Your comment has been forwarded to the administrator for approval.×
Warning! Will constitute a criminal offense, illegal, threatening, offensive, insulting and swearing, derogatory, defamatory, vulgar, pornographic, indecent, personality rights, damaging or similar nature in the nature of all kinds of financial content, legal, criminal and administrative responsibility for the content of the sender member / members are belong.
Related News