When the first marathon around Baldeney took place in 1963, there had never been anything like it in Germany before. 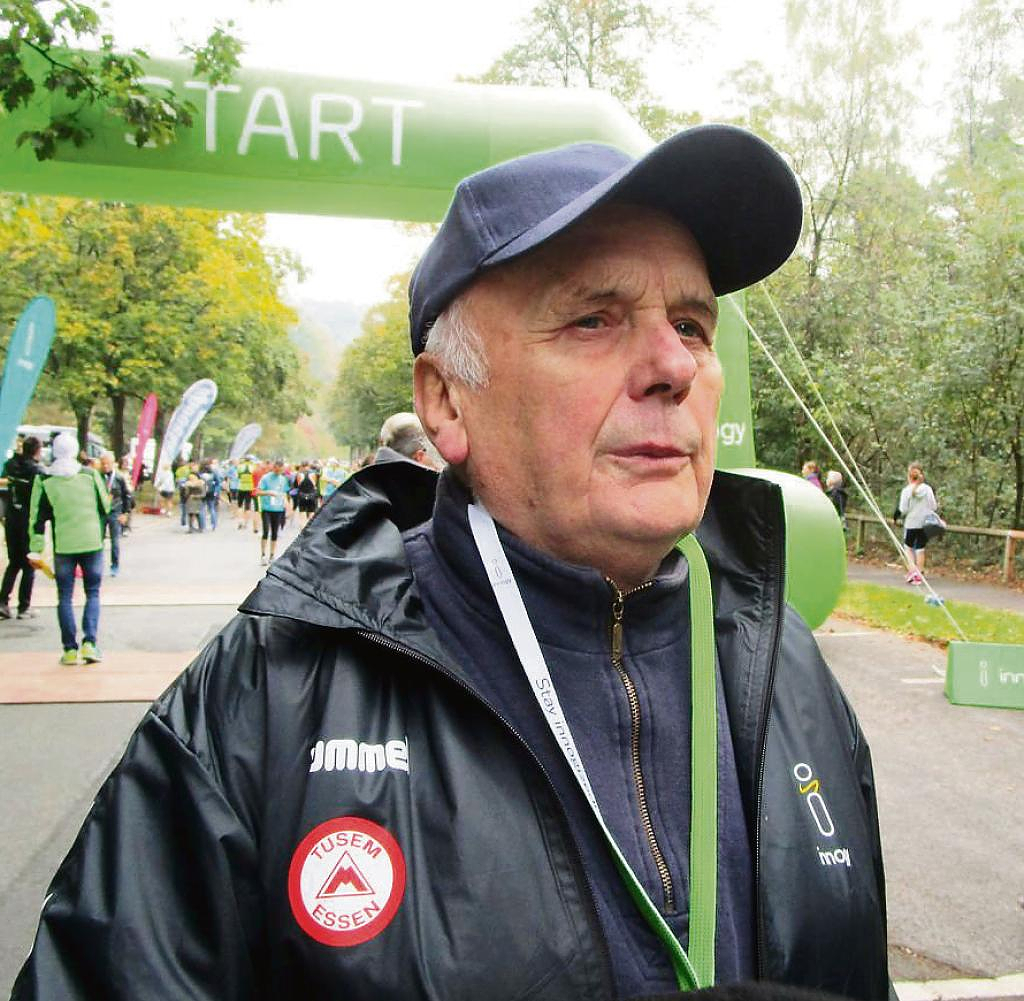 When the first marathon around Baldeney took place in 1963, there had never been anything like it in Germany before. It was initially a competition between athletes from Essen and Hamm, organized by my club, TuSEM-Essen, which is best known for handball, but also has a large athletics department. At times we had up to 3000 participants.

I started working in 1991. Before that I ran a marathon myself. My best time is two hours, 40 minutes, 36 seconds. That was in Frankfurt in 1984. At that time, marathon was still a competitive sport, today it is a hobby for many people, which is also very nice. First I handed out drinks to the runners here, later I took over the organization. But it's about time that the task was handed over to younger people. The country needs new people!

Of course, I still have a lot to do before the start on October 9th: All the logistics have to be planned, the runners need their start numbers, drinks and bananas, and at the end of the day they also want a medal. I will be spending a lot of time in our storage garage.

This year we expect 2000 participants. Many come from the Netherlands, Belgium and Great Britain. How many spectators we will have depends very much on the weather. Unlike the big city marathons like in Cologne or Berlin, we have less space along the route. It goes twice around Lake Baldeney and through Werden and Kupferdreh. With a little extra lap we get to the official 42.19 kilometers.

In many places it is a bit narrow, but also very beautiful. The landscape around the lake is Essen's green lungs. Many who come for the first time are surprised that we have forest and water here and they don't have to walk between industrial ruins.

‹ ›
Keywords:
LeistungssportNordrheinWestfalenEssenMarathonLaufen
Your comment has been forwarded to the administrator for approval.×
Warning! Will constitute a criminal offense, illegal, threatening, offensive, insulting and swearing, derogatory, defamatory, vulgar, pornographic, indecent, personality rights, damaging or similar nature in the nature of all kinds of financial content, legal, criminal and administrative responsibility for the content of the sender member / members are belong.
Related News