The Board identifies Ubeda's heritage as a strategic engine for cultural tourism.

Rafael Ruiz (territorial delegate of Tourism of the Board of Jaen) visited Ubeda yesterday. 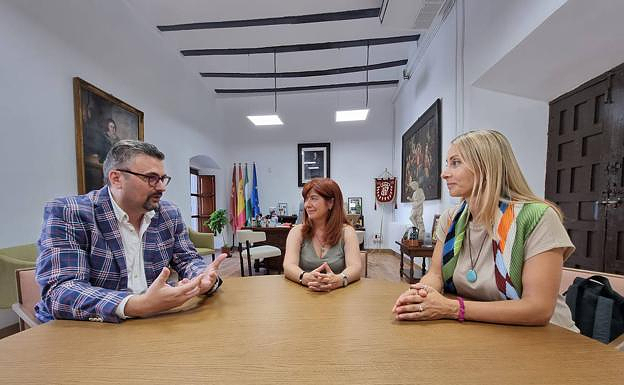 Rafael Ruiz (territorial delegate of Tourism of the Board of Jaen) visited Ubeda yesterday. He highlighted the "rich heritage offer" and said that together with Baeza this World Heritage City is the "epicenter of Renaissance Architecture" and was called a "strategic motor" to promote cultural tourism of "quality" and "excellence" in the province of Jaen.

After meeting Antonia Olivares the mayor of Ubeda and learning details of the cultural and historic resources of the historical center of the town, Ruiz made the statements. He also learned the most recent developments in the process to declare it a Tourist Municipality of Andalusia.

He said that Ubeda had been betting on a strategy for rebuilding its tourist attraction, enhancing it essential values, and defining actions in order to modernize the sector and improve its competitiveness. He said that all this has helped to promote the World Heritage city as an intelligent, sustainable destination "capable to meet the needs of tourists."

The acting territorial delegate also recalled that the Andalusian Tourist Council's last plenary session, which was held just one week ago, gave the go ahead for the town to continue its preparation for its next declaration of Andalusia as a Tourist municipality.

This is the first step in its future designation. It will be effective when the Junta de Andalucia Governing Council approves it and the BOJA publishes it. This will then be the official recognition of Ubet, and it will be added to the 38 municipalities that have this cataloging.

The province of Jaen will have five of these figures, as Ubeda can be added on to Baeza Banos de la Encina Cazorla, Cazorla, and La Iruela.

‹ ›
Keywords:
JuntaDestacaOfertaPatrimonialUbedaMotorEstrategicoTurismoCultural
Your comment has been forwarded to the administrator for approval.×
Warning! Will constitute a criminal offense, illegal, threatening, offensive, insulting and swearing, derogatory, defamatory, vulgar, pornographic, indecent, personality rights, damaging or similar nature in the nature of all kinds of financial content, legal, criminal and administrative responsibility for the content of the sender member / members are belong.
Related News