The part of the world that today includes Egypt, Israel, the Palestinian territories and Lebanon is so fundamental to the early history of the alphabet that archaeologists there decisively expand our knowledge every few decades. 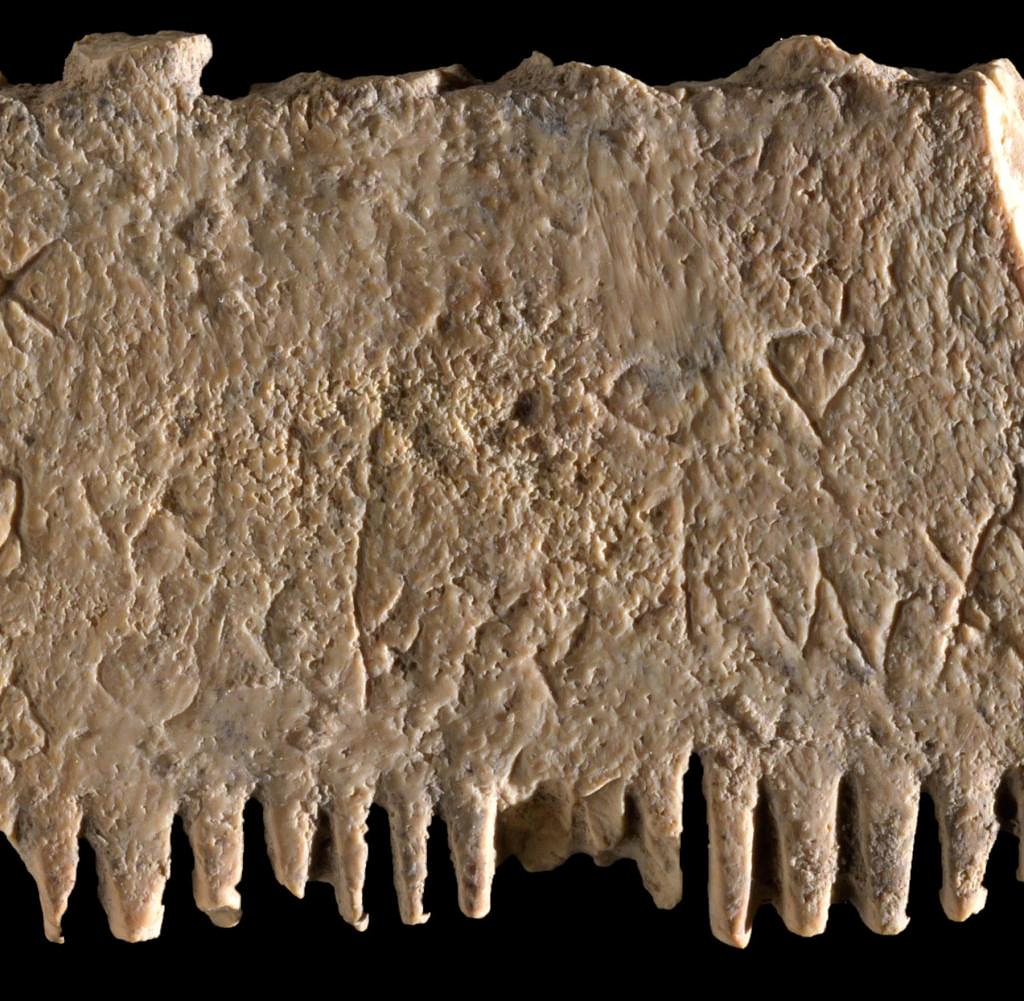 The part of the world that today includes Egypt, Israel, the Palestinian territories and Lebanon is so fundamental to the early history of the alphabet that archaeologists there decisively expand our knowledge every few decades. Such a moment has come again. At the Tel Lachish archaeological site, researchers have discovered the oldest written alphabet sentence. It's a spell meant to ward off lice.

Tel Lachish in southwestern Israel is what remains of the Bronze Age city of Lachish. It was inhabited by Canaanites. A high-ranking individual could settle there around 1800 BC. a comb made of valuable elephant ivory imported from Egypt. The inscription on the crest reads: "May this tusk eradicate the lice of the hair and beard."

The crest was found in 2017 by a team from the Hebrew University of Jerusalem and Tennessee-based Southern Adventist University. The inscription was almost invisible and was not made technically readable until 2022. According to the Jerusalem Journal of Archaeology, it was deciphered by the Semitist Daniel Vainstub from Ben-Gurion University.

The discovery is significant because the oldest generally recognized relics in an alphabet script date from the same period. But these are merely individual invocations of the gods. For example, a sphinx figurine now in the British Museum in London has the word Ba'alat (lady) carved on it.

The Sphinx comes from Serabit El-Chadim in the Sinai Peninsula. There, Semitic workers, whom the Egyptians called “Amu” (Asiatics), commissioned around 1800 B.C. BC Turquoises from. Here, in the winter of 1904/1905, the British Hilda and Flinders Petrie discovered about 30 inscriptions in an alphabet that is now called "proto-Sinaitic" or "pictorial Canaanite". The find and its decipherment disproved the previous assumption that the Phoenicians had invented the alphabet.

Since then it has been considered certain that the alphabet was created through cultural contact between Semites and Egyptians. In the interplay between Egyptian scribes and Semitic speakers, certain characters of the hieroglyphic script were assigned a phonetic value in order to write the Semitic language. For example, the precursor to our A came from the bovine hieroglyph. Even today, the capital A, when turned upside down, looks like a minimalist cattle head.

This ingenious invention, which is significant in world history, drastically reduced the number of characters needed for writing. Instead of learning hundreds or even thousands of characters, as in hieroglyphic writing or in Chinese, you could do with between 20 and 30. No wonder this innovation, modified and adapted, spread west to Greece, Rome, Germania and Rus' and east to India.

It is interesting that the oldest evidence of Germanic runic writing, only around 2000 years old, was also discovered on combs. This is no coincidence: hard materials such as ivory or horn survive thousands of years better than papyrus, bark or parchment.

‹ ›
Keywords:
ArchäologieHeineMatthiasHeineMatthiasSprachentstehungSpracheIsraelAlphabetÄgyptenLibanonBritish MuseumPhönizierTel LachishAlphabetschriftZauberspruchSex
Your comment has been forwarded to the administrator for approval.×
Warning! Will constitute a criminal offense, illegal, threatening, offensive, insulting and swearing, derogatory, defamatory, vulgar, pornographic, indecent, personality rights, damaging or similar nature in the nature of all kinds of financial content, legal, criminal and administrative responsibility for the content of the sender member / members are belong.
Related News