The thirteen people indicted in this judicial investigation opened in 2013 and the civil parties can now make observations, then the financial prosecutor's office will take its requisitions, before the investigating judges order a trial or not. 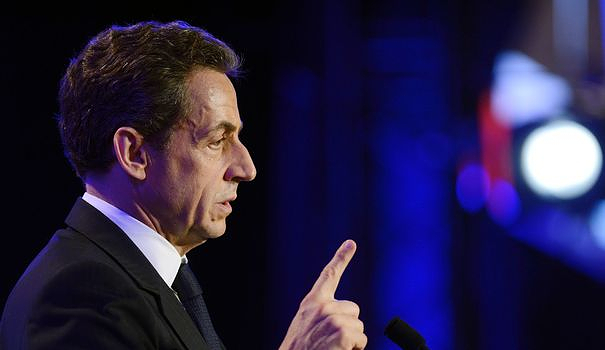 The thirteen people indicted in this judicial investigation opened in 2013 and the civil parties can now make observations, then the financial prosecutor's office will take its requisitions, before the investigating judges order a trial or not.

Nicolas Sarkozy, who disputes the facts, was successively indicted for passive corruption, illegal financing of the electoral campaign, concealment of Libyan public funds and association of criminals.

In the document announcing the end of the investigations and consulted by AFP, the offense of illegal campaign financing does not appear.

To date, thirteen people are indicted in this case, including the Franco-Lebanese Ziad Takieddine and the Franco-Algerian Alexandre Djouhri, businessmen suspected of having served as intermediaries, as well as the former ministers Claude Guéant, Eric Woerth and Brice Hortefeux.

"After 10 years, the file will not have succeeded in establishing that there was the slightest euro cent which was used to contribute to Nicolas Sarkozy's 2007 presidential campaign", reacted to the AFP Me Philippe Bouchez El Ghozi, lawyer for Claude Guéant who was Nicolas Sarkozy's campaign manager in 2007.

Me Elise Arfi, lawyer for Mr. Takieddine, who fled to Lebanon in 2020, "hopes" for her part "that we can find a way to lift his arrest warrant so that he can come and participate and defend at trial.

This resounding investigation was opened after the publication by Mediapart in 2012, between the two presidential rounds, of a document supposed to prove that the victorious campaign of Nicolas Sarkozy had been financed by the regime of Muammar Gaddafi.

Testimonies from Libyan dignitaries, notes from the Tripoli secret services, accusations from an intermediary... In nearly ten years of work, the magistrates have gathered a number of disturbing clues which have given substance to this thesis.

However, no material evidence has yet been found, even if suspicious movements of funds have led to these thirteen indictments in this main section.

This already sprawling investigation was enriched in 2021 with new thick sections: other investigating judges are now investigating a possible attempt to bribe the sulphurous intermediary Ziad Takieddine, who temporarily withdrew his charges against Nicolas Sarkozy at the end of 2020.