“Subject to the end of the blocking of deposits and the agreement of all the social partners, the Company proposes to anticipate in October the Mandatory Annual Negotiation which was planned for November”, announced the group on Sunday. 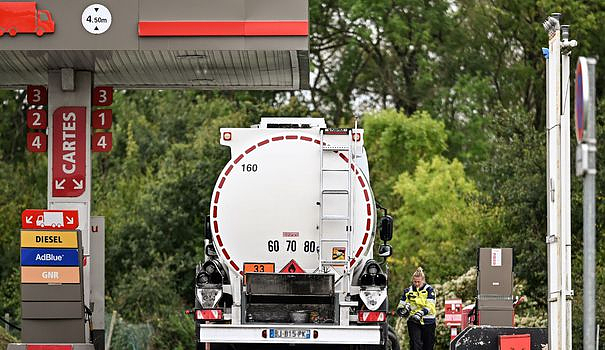 “Subject to the end of the blocking of deposits and the agreement of all the social partners, the Company proposes to anticipate in October the Mandatory Annual Negotiation which was planned for November”, announced the group on Sunday. in a press release.

These negotiations "will make it possible to define how employees will be able to benefit, before the end of the year, from the exceptional results generated by TotalEnergies, while also taking into account inflation for the year 2022", assures the French group, which has earned $10.6 billion in profit in the first half of 2022.

He recalls that it had already been agreed with the social partners to bring forward these mandatory annual negotiations (NAO) to November 2022 "for French employees of the Common Social Base of TotalEnergies and not to wait for January 2023 as is usually the case".

While many service stations are still experiencing supply disruptions, the energy giant's CGT had sent an open letter on Saturday to the CEO of TotalEnergies, Patrick Pouyanné, in which it made a concession in the hope of starting from Monday negotiations. The union proposed to limit the discussions to the single question of wage increases, putting aside for the moment its demands in terms of hiring and investments.

"If we start negotiations, it will be on the basis of our demands: we are asking for a 10% increase in wages", and that this be "applied to January 1 and retroactive to the year 2022", however specified Eric Sellini, CGT coordinator at TotalEnergies.

The strike movement initiated ten days ago in the refineries and fuel depots of TotalEnergies and the American group Esso-ExxonMobil was renewed early Sunday morning and then again at 2 p.m. by employees, said the CGT at AFP.

On the side of TotalEnergies, the group's largest refinery, based in Normandy, that of Feyzin (Rhône), the "bio-refinery" of La Mède (Bouches-du-Rhône) and the Flandres fuel depot near Dunkirk (North ) are "still totally at a standstill", according to the CGT.