SNCF: these new tariffs which will come into force from January

Imagine the headache for the leaders of the SNCF. 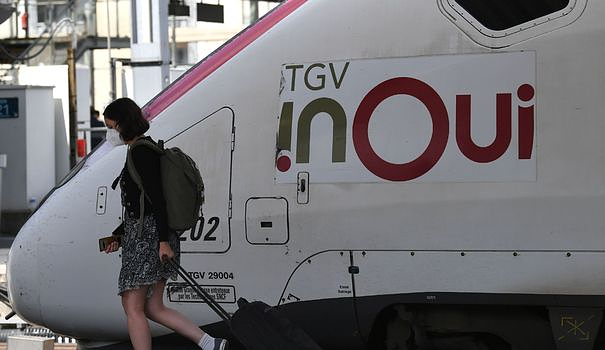 Imagine the headache for the leaders of the SNCF. While the public company, the country's leading electricity consumer, is seeing its bill soar (more than one billion euros expected in 2023), how can it remain attractive to its customers without permanently damaging its accounts? For weeks now, Christophe Fanichet (CEO of SNCF Voyageurs) and Alain Krakovitch (Director of TGV-Intercités) have been trying to find the right formula to pass on part of the cost increase, without diverting passengers from the rail network. A difficult equation on a ridge line.

"In 2023, we anticipate an increase of around 13% in our overall costs, despite our productivity efforts and our savings. On energy, the increase will be 180% compared to 2022. To cope , we have recorded an average increase in our prices of 5% for next year", explains this Friday, November 18 Christophe Fanichet.

This increase, which remains an average, concerns only the TGV offer since for daily trains (TER and cie), it is the transport organizing authorities, namely the Regions, which set the grids. They are also in the process of preparing their service offer for next year. But for the TGV therefore, the SNCF tried to preserve the purchasing power. "We want to stay the course by maintaining both attractive prices and a simple and readable offer. Thus, the conditions applied with the Avantage card (which blocks prices according to the duration of the journey, editor's note), 4.1 million customers to date, are not moving", specifies Christophe Fanichet.

The changes mainly concern business customers and less far-sighted travellers. "What is increasing are the maximum price grids in Second and First class (tickets purchased at the last minute for example, editor's note), for the first time in 8 years. Business class fares also and all of the BtoB contracts. But concerning Ouigo, the grid does not move. It will always be 1 million tickets per month at less than 25 euros", explains Alain Krakovitch.

On the other hand, the conditions of exchanges/refunds will also change. Ended free until D-3 before the departure of the train, measure triggered in the wake of the Covid. A fee of 19 euros per trip will apply from February 2023 for any exchange/refund within one week of departure. A measure which aims both to limit the number of vacant places, but also to align with the practice of other European rail operators (DB, Trenitalia, etc.). This should bring into the coffers "several tens of millions of euros", which is "not insignificant" underlined the management. "Our framework remains to protect purchasing power, to defend the attractiveness of the train and to contribute to developing the TGV", recalled Christophe Fanichet, who does not wish to reduce the number of trains circulating each day, an option which was also on the table to absorb rising costs.

The SNCF therefore made "a real business choice", as its management defended, by taking responsibility for the difference between its expected cost increase (13%) and its average price increase (5%), which will represent "several hundred million euros" of shortfall. The company will also continue to invest 500 million euros in 2023 to modernize its transport offer and start financing its TGVs of the future. This "tariff shield" as she presents it, using the government jargon put in place on energy tariffs, will come into force on January 10.