Roquetas invites you to bid on the design of the Playa Serena parking lot, which will contain 800 spaces

Recently, the City Council of Roquetas De Mar put out to tender the contract for the drafting of a car parking project in Playa Serena Urbanization that has a capacity of 800 spaces. 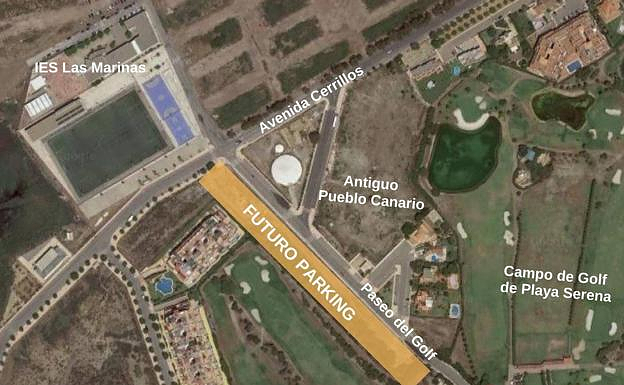 Recently, the City Council of Roquetas De Mar put out to tender the contract for the drafting of a car parking project in Playa Serena Urbanization that has a capacity of 800 spaces. This project was one that Consistory attempted to finance using Next Generation funds from European Union. However, it has not received a subsidy like the three other projects presented by the municipality in the call for assistance for decarbonization.

The municipality applied for European subsidies despite not having a definitive plan drawn up. It did so on the basis of a 2007 project that was never completed. This was to address the issue of no parking in the touristic areas of the city. city. This was done by a planned investment of 14 millions euros, of which 4.4 would be paid by EU. The city will assume this amount unless another call is made.

The winning team must design 800 spaces in a car park with dimensions of 5x2.50m (3.60x5 for spaces for people with reduced mobility) with a minimum height at 2.60m. It must have two charging points for electric cars, scooters, and bicycles, in order to have them all, at least initially.

It was also necessary to consider the use of low-energy consumption elements such as lighting, air conditioning, and ventilation. It is also possible to install sensors that can detect free spaces and routes within the car park. This will help reduce unnecessary vehicle movements, while making it more efficient.

The architects responsible for the drafting will design a parking lot that will, in principle, have floors and more space than the spaces projected next to the hotels.

The contract is for works management, health and safety coordination work. It has a budget of 332,029 euro including taxes.

‹ ›
Keywords:
RoquetasLicitaRedaccionParkingPlayaSerenaPlazas
Your comment has been forwarded to the administrator for approval.×
Warning! Will constitute a criminal offense, illegal, threatening, offensive, insulting and swearing, derogatory, defamatory, vulgar, pornographic, indecent, personality rights, damaging or similar nature in the nature of all kinds of financial content, legal, criminal and administrative responsibility for the content of the sender member / members are belong.
Related News