In collaboration with the delineation of the Association of Journalists of Andalusia, the Baza City Council and the Granada Provincial Council, the Regional Meeting of Andalusian Journalists was held in Baza. 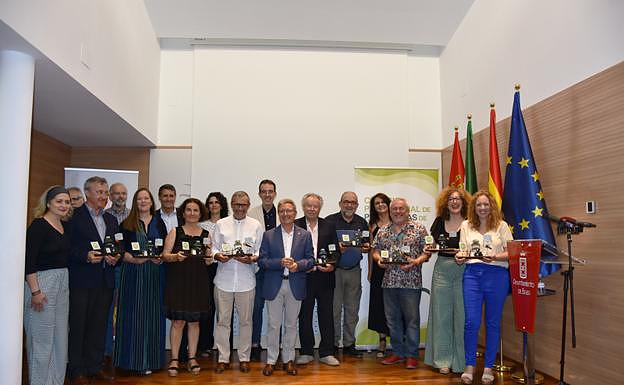 In collaboration with the delineation of the Association of Journalists of Andalusia, the Baza City Council and the Granada Provincial Council, the Regional Meeting of Andalusian Journalists was held in Baza. It lasted from Sunday June 12 to Sunday June 12, and featured the celebrations of the College's X-year anniversary, the opening ceremony, and the ordinary Annual Assembly.

Manolo Gavilan (the Mayor of Baza) and Pedro Fernandez (the Government delegate to Andalusia), participated in the inauguration with Juan Pablo Bellido and Angel Fernandez, the Dean of CPPA. The Bastetano mayor, Manolo Gavilan, thanked God for choosing Baza as the venue for the Regional Meeting. This decision was made back in 2020, but was delayed by the pandemic.

The fact that you have kept your commitment to the land for two years speaks volumes about your profession: dedication. He stated that journalism is committed to truth and society in an age of false news and hoaxes, and of increasing blurred lines between entertainment and information.

Pedro Fernandez, the Government Delegate in Andalusia confirmed that the Government was willing to move forward in the creation of a General Council of Journalists as requested by the CPPA and the Network of Professional Associations of Journalists. This commitment was praised and thanked by Juan Pablo Bellido, Dean of CPPA.

The program featured work sessions by the CPPA, as well as the discussion on the state profession. It also included activities that allowed journalists to discover part the cultural, historic, and gastronomic heritage in Baza. A special role was played by the Lady of Baza during the commemoration 50 years since its discovery. This is a great opportunity for journalism professionals across Andalusia to spread the word. Mari Carmen Gonzalez, the Councilor for Tourism. Parallel events included a wine tasting from Bodegas Jabalcon and Valdyr Mead, as well as Bastetan Gastronomic Products. The archaeologist Alejandro Caballero led a tour of the CIYA and Basti's archaeological sites. Vanesa Mesas, the Lady of Baza, also visited the event. The Museum was open to all who were accompanying them. The Museum's facilities and Dengra Theater were open to all. Some ideas were also generated for future projects.

This meeting was closed by a meeting of presidencies for the CPPA demarcations on Sunday at 10 a.m., in the Auditorium, Archaeological Museum. The companions were able visit the Arab Baths.

‹ ›
Keywords:
ColegioProfesionalPeriodistasAndalucíaCelebroEncuentroRegionalBaza
Your comment has been forwarded to the administrator for approval.×
Warning! Will constitute a criminal offense, illegal, threatening, offensive, insulting and swearing, derogatory, defamatory, vulgar, pornographic, indecent, personality rights, damaging or similar nature in the nature of all kinds of financial content, legal, criminal and administrative responsibility for the content of the sender member / members are belong.
Related News