Private jets: police custody lifted for Attac and XR activists after an action at Le Bourget

"The custody was lifted overnight from Saturday to Sunday," said the prosecution. 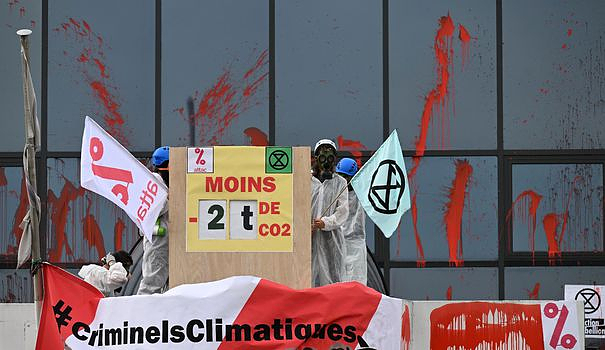 "The custody was lifted overnight from Saturday to Sunday," said the prosecution.

The activists were heard at the La Courneuve police station (Seine-Saint-Denis) for participation in a demonstration without authorization, participation in a regrouping after warning and, for some of them, damage to property in a meeting.

"The investigation is continuing in preliminary because ADP (Aéroports de Paris, editor's note) has not yet been able to quantify its damage", added the prosecution, specifying that video surveillance images remained to be exploited.

On Friday, around twenty activists, some wearing white coats, positioned themselves to block access to a terminal.

Four activists had also perched on a canopy above the access road to the terminal.

They were arrested by the police.

“Private jets are the symbol of a way of life that is destroying the planet,” said Annick Coupé, spokesperson for the Attac association, on the spot.

We must "tax kerosene and ban private jets," said a spokesperson for Extinction Rebellion, speaking under the pseudonym of "Chalou".

The action had no impact on flights, according to ADP, manager of Le Bourget, presented as the leading business airport in Europe.

A jet can emit in five hours the amount of CO2 emitted by an average Frenchman for an entire year, according to a study by the specialized NGO Transport

In addition, on Saturday, Attac activists blocked the billionaires' quay at the Antibes marina (Alpes-Maritimes) for an hour to denounce there again the "climate criminals" whom the "ultra-rich" constitute in their eyes. .