He has "in no way planned to withdraw from his duties", as requested by several local and national elected officials, in his camp and in the opposition, but also local economic actors, said Thursday at the AFP his lawyer Me Christophe Ingrain. 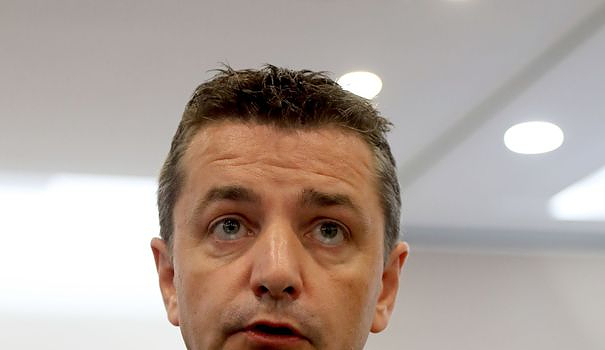 He has "in no way planned to withdraw from his duties", as requested by several local and national elected officials, in his camp and in the opposition, but also local economic actors, said Thursday at the AFP his lawyer Me Christophe Ingrain. "There would be no legal justification for him to resign."

"Gaël Perdriau is at work in the city as in the metropolis on all the files, serving the two communities and the inhabitants, with the same determination", indicates a press release from his cabinet.

"He emerged free from three and a half hours of police custody without any action taken by the justice system against him", underlined his lawyer, describing as "disappointing" the numerous hostile reactions among the Republicans and criticizing the procedure. exclusion launched by LR.

The 50-year-old elected official was placed in police custody on Tuesday as part of investigations into the filming and use of a video shot in January 2015 in which we see Gilles Artigues, his former first deputy and ex- deputy known for his Catholic commitment, being massaged by a man in a hotel room in Paris. The objective is to politically neutralize this centrist who now occupies a position in Catholic education in the Tarn.

"Neither the mayor nor I are the sponsors of this video," said his chief of staff Pierre Gautierri on Wednesday in an interview on local television TL7, saying he was "serene about the sequence of events".

The affair broke out at the end of August when the Mediapart news site published the detailed confessions of a former close friend of the municipal team on a "daub of morals" organized according to him at the request of the mayor and his relatives. The filming of the compromising video was, according to him, remunerated via fictitious services invoiced to two local cultural associations subsidized by the town hall.

The Lyon public prosecutor's office has opened a judicial investigation for "invasion of privacy, aggravated blackmail, embezzlement of public property by a person in charge of a public function, breach of trust and concealment of these offenses" after a complaint by Gilles Artigues.

The three investigating judges in charge of the case began to hear all the protagonists, the complainant, the whistleblower, the mayor, his chief of staff, the education assistant and four heads of cultural associations for the financial aspect of the case, according to the prosecution.

Last week, the broadcast by Mediapart of damning audio recordings marked the hallali. We hear the mayor talk about the sex tape with his first deputy, mention a broadcast "in a small circle, with parsimony" in a conversation recorded in July 2018, according to Mediapart.

"Once it's on the networks, it's no longer blackmail, it's execution," he says in another recording from November 2017 according to Mediapart. The mayor assures him that he did not sponsor this video, never have seen it and never used it for political blackmail.

The 20 vice-presidents of the metropolis met Thursday afternoon in a select committee to hear his explanations and find out how he intends to manage this community of 53 municipalities and its some 400,000 inhabitants, according to information collected by AFP on the spot.

On Wednesday, more than a hundred people demonstrated in front of City Hall in the pouring rain to demand his resignation and that of his municipal team.

The CGT of municipal staff launched a strike call on Thursday morning within the living environment service (cleaning and maintenance of green spaces). Evoking "the authoritarianism of the mayor" and a "deleterious context", the CGT requests "a moratorium on all administrative decisions concerning the personnel put in place by the team" of Gabriel Perdriau since his election in 2014.