Paris Masters 1000: Simon beats Fritz in the 2nd round for the last tournament of his career

The 37-year-old Frenchman will face Canadian Félix Auger-Aliassime (8th) on Thursday for a place in the quarter-finals. 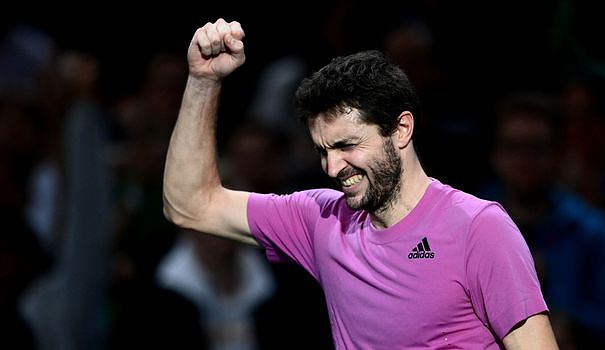 The 37-year-old Frenchman will face Canadian Félix Auger-Aliassime (8th) on Thursday for a place in the quarter-finals. The latter is guaranteed to participate in the Masters at the end of the year (November 13-20 in Turin) thanks to the defeat of Fritz.

Simon, ex-N.6 in the world today ranked 188th, was able to catch the American in the meshes of his net, he who thwarted the greatest during his 21-year career.

The Niçois announced in May that he would put away his racket at the end of the season. He received an invitation to enter the main draw at Bercy where a ceremony in his honor is planned for the day he loses.

This ceremony has already been postponed twice. On Monday, he had already managed to postpone the deadline by winning in the first round against the former world No.1 Andy Murray, after a 2:50 fight which seemed lost in the middle of the 2nd set.

He fought even longer against Fritz, but had won the first round, and it took 3h06 for the two men to decide.

Winner of the first set 7-5, Simon seemed able to crack Fritz in the second by scoring the break to lead 2-1. But the American was able to contain his nerves and get out of the mesh of the net woven by the game of the French.

Fritz broke immediately, then saved three more break points at 5-5 before taking Simon's serve himself to equalize at one set everywhere.

In the decisive set, Fritz was more serene about his face-off than Simon, but it was the Frenchman who made the decisive break, on his one and only break point, to lead 5-4 and serve for the match.

In an almost full and very noisy Arena, which supported him from start to finish, Simon then offered himself two match points and concluded on the first.