Off to Albania - where luxury is still affordable

Berat is a small town with a big reputation. 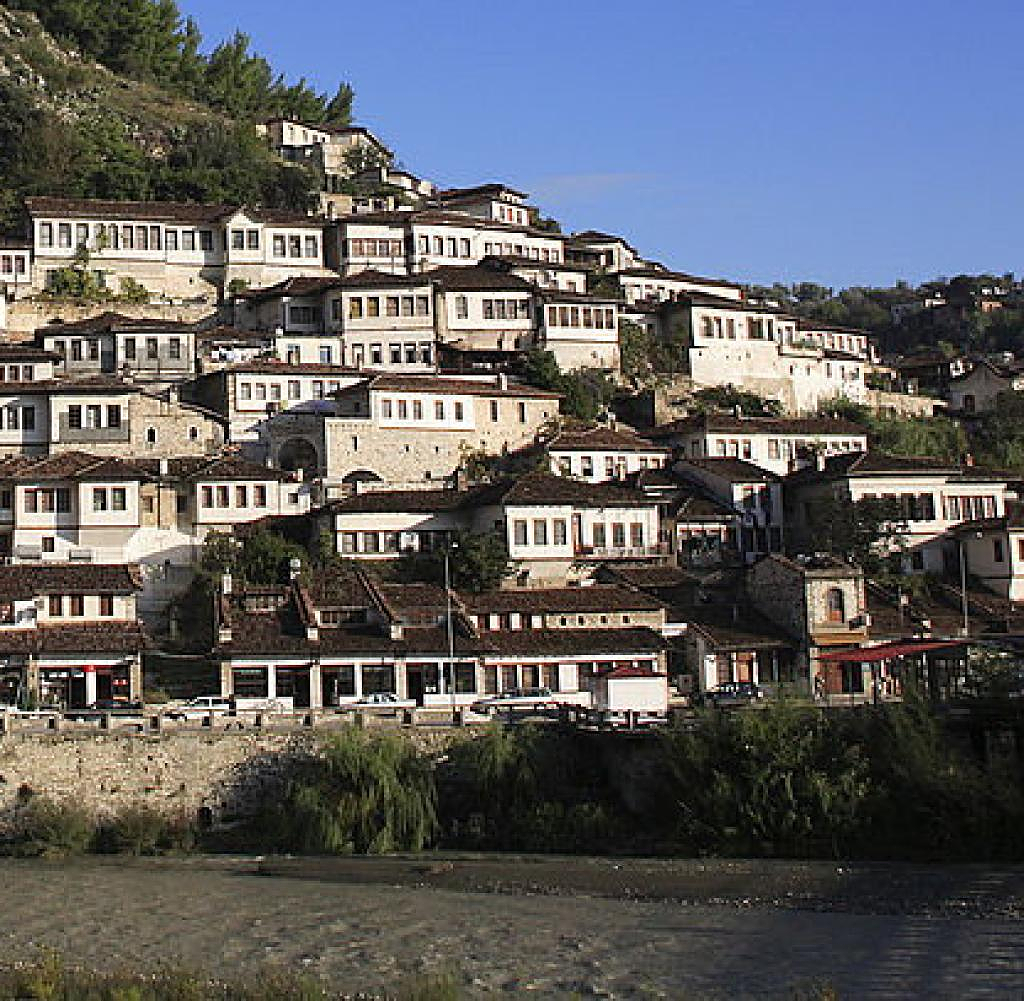 Berat is a small town with a big reputation. The place in the mountains of central Albania is nicknamed the "City of a Thousand Windows". It owes its name to the many Ottoman stone houses that perch on the slopes to either side of the river bank and its large, closely spaced windows from which the residents look out over the Osum.

The white-painted old town stretches to the top of the rocky hill, where the remains of a 13th-century fortress can be seen. The ascent is steep and strenuous, but worth the effort. Berat is definitely one of the most beautiful travel destinations in the Balkans.

The first fortified complex existed here almost 2400 years ago. Today, new buildings are forbidden in the historic streets of the museum and Unesco city. It's different in the Neustadt, there is another attraction that nobody who is on the way to the town can overlook.

Even before the old houses can be admired, how they nestle on the slopes, a monumental building catches the eye of everyone who arrives, which is enthroned further south, not far from the shore. A hotel that doesn't really want to fit into the tranquil cityscape with its bulkiness and courts guests with five stars.

The entrance adorned with high columns and the mighty dome above the sixth floor appear as if someone had recreated the US Capitol from memory - similarly oversized to Ceausescu's palace in Bucharest. A house of a thousand windows.

The "Colombo" offers almost 200 rooms, in between long corridors with heavy carpets, so deserted that they are reminiscent of the fictitious "Overlook Hotel" in the movie "Shining". Is the low number of guests due to the pandemic? Or is it because word of the hotel's opening hasn't spread far enough yet? After all, it has been in operation since 2019.

Even more extraordinary than the exterior of the magnificent building is its history. It was inaugurated more than a decade ago not as a hotel but as a university. At that time, many universities in Albania had a reputation for selling diplomas. Degrees were given for money or in exchange for services. Sometimes also against cows, rice or firewood.

Then the government took action. In Berat there was a subsequent use for the former university. Those responsible complained anyway about too few guest beds. No wonder, because interest in Albania has been growing for years. The country, long cut off from the rest of the world, is experiencing a tourist boom. According to official statistics, 5.7 million foreign visitors came this year up to August alone. This is not just an increase compared to the previous year and the time before Corona. It's a new all-time high.

And so there are not only large hotels in Berat, Tirana is also being built diligently. Hotel chains are building new bed complexes in the capital, the capacity of which seems unusual at first glance. But the accommodation could fill up as more holidaymakers look for affordable destinations due to inflation and the energy crisis: off to Albania. In the "Colombo" in Berat, where there is bizarre luxury at the price of an average German hotel, there is definitely still room.

‹ ›
Keywords:
AlbanienLänderporträtsTiranaStädteporträtsStädtereisenHotelsLuxushotelsBeratOliver BilgerColomboNeustadtBergland ZentralalbanienAlbanien KapitolReise
Your comment has been forwarded to the administrator for approval.×
Warning! Will constitute a criminal offense, illegal, threatening, offensive, insulting and swearing, derogatory, defamatory, vulgar, pornographic, indecent, personality rights, damaging or similar nature in the nature of all kinds of financial content, legal, criminal and administrative responsibility for the content of the sender member / members are belong.
Related News