No ifs or buts on the part of the seafarers

When ships enter a port, they have to moor somewhere. 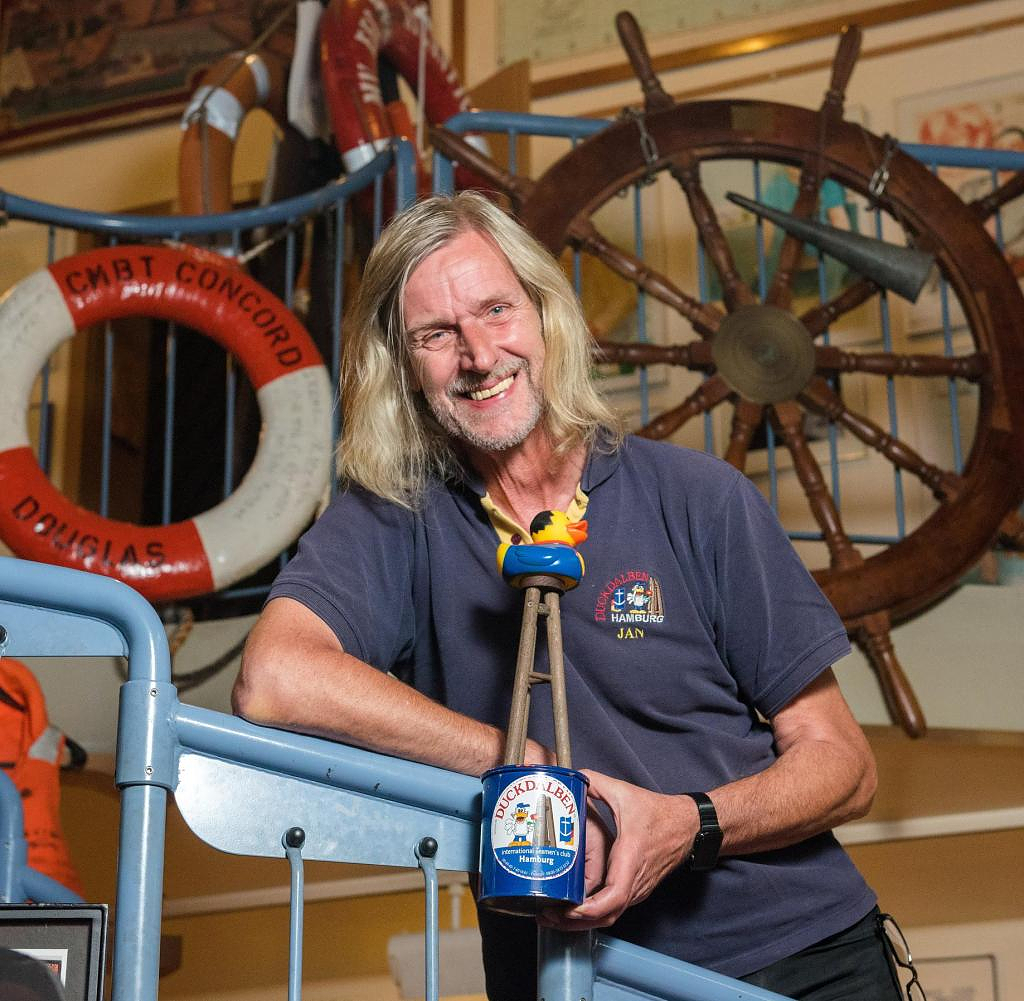 When ships enter a port, they have to moor somewhere. You can do that at the Duckdalben, which are posts or groups of posts that are in the harbor. "It's not ships that tie up here, it's people," explains Jan Oltmanns, founder and head of the "Duckdalben" seaman's club in the Hamburg container port in Waltershof for almost 36 years.

On a sunny August day, the Oltmanns are sitting under a large parasol in front of the club's brick building, which is hidden behind bushes between roads and railway lines, just below the A7. It's one of his last working days - at the end of the month, the 65-year-old will finally be retiring.

Since it was founded in August 1986, it has welcomed over a million seafarers to the club, which is sponsored by the German Seamen's Mission Hamburg-Harburg. Seafarers can buy phone cards, transfer money, play pool or have a beer at the bar while on shore leave.

“Right from the start, we have done things in such a way that seafarers feel comfortable,” says Oltmanns while rolling a cigarette. "Jan" is written on his coffee mug and on his T-shirt with the "Duckdalben" logo. It is important to him that the club is family-friendly. More than a dozen full-time employees, seven federal volunteers and currently around 40 to 50 volunteers take care of the concerns of the seafarers, who are often on the road for months and far away from their families.

The diaconal work with seafarers combines two interests that emerged at the Oltmanns early on. He was born in Esens in East Friesland in 1956 and “on the coast, seafaring fascinates you”. As a child, he and his father, a pastor, distributed warm clothing in the Seemannsheim in Emden and marveled at exotic souvenirs from all over the world. He was also influenced by his father as a Christian. "My father certainly passed on the fascination for Jesus and his actions to us children," says Oltmanns.

But he didn't want to be a pastor himself. After community service at the German Seemannsmission in Altona and a detour to the newly opened Seemannsclub in Bremerhaven, Oltmanns studied social pedagogy in Hamburg and trained as a deacon. At the age of 29, he was asked whether he wanted to take over the management of a new seamen's club - the "Duckdalben".

He stayed 36 years "because it was never boring". Oltmanns remembers the early days, when mainly Chinese seafarers came, “they had nothing at all”. That's why there are many things for free in the "Duckdalben" - from coffee to karaoke evenings. Without any ifs and buts, they always took the side of the seafarers. Once he arranged for a Filipino seaman to fly to his father's funeral - the captain had initially forbidden him to do so. Being able to help people directly makes the Oltmanns happy. "Anything that gives seafarers strength is important to me."

The tall man with the long white hair and the calm and reliable charisma is a kind of dodger himself, and over the past 36 years many people have found support. In 1996, Oltmanns was awarded the Portugaleser in silver, a medal of honor from the city of Hamburg, and in 2012 the Federal Cross of Merit.

The best thing about retiring is that he found Sören Wichmann as his successor, says Oltmanns. "His heart is in the right place. I have one hundred percent confidence that he will do well.” In the future, Oltmanns himself wants to take care of his four grandchildren. And maybe continue to work in some committees that work for better working conditions for seafarers. Once you're a seafarer's friend, you'll remain one in retirement.

‹ ›
Keywords:
HamburgSeeleuteSchifffahrtSeemannsheime
Your comment has been forwarded to the administrator for approval.×
Warning! Will constitute a criminal offense, illegal, threatening, offensive, insulting and swearing, derogatory, defamatory, vulgar, pornographic, indecent, personality rights, damaging or similar nature in the nature of all kinds of financial content, legal, criminal and administrative responsibility for the content of the sender member / members are belong.
Related News