The number two of the Elysée was also placed under the more favorable status of assisted witness for influence peddling in this case concerning his family and professional ties with the Italian-Swiss shipowner Mediterranean Shipping Company (MSC), founded and directed by his mother's cousins, the Aponte family. 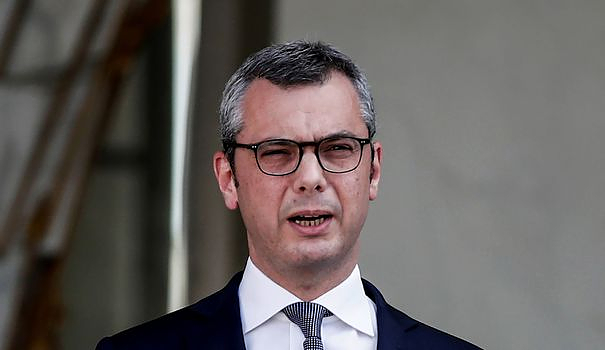 The number two of the Elysée was also placed under the more favorable status of assisted witness for influence peddling in this case concerning his family and professional ties with the Italian-Swiss shipowner Mediterranean Shipping Company (MSC), founded and directed by his mother's cousins, the Aponte family. He was not placed under judicial supervision.

The case arose after the publication in 2018 of several Mediapart articles. The National Financial Prosecutor's Office had opened a preliminary investigation, which it had closed without further action in August 2019, indicating that the analysis of the elements collected "did not (allow) to characterize the offenses initially suspected".

But the anti-corruption association Anticor obtained the relaunch of the investigations in June 2020 thanks to a complaint with a civil action, which most of the time allows the appointment of an investigating judge.

"Without taking into consideration at this stage the many objective exculpatory elements, Alexis Kohler was placed under the status of indicted for illegal taking of interest for facts that may date back more than ten years", also explained the lawyer, affirming that "the rest of the procedure, to which he now has access" would "allow him to demonstrate his innocence".

MSC is an important customer of the company STX France (now renamed Chantiers de l'Atlantique) which manages the shipyards of Saint-Nazaire.

Alexis Kohler, the right and faithful arm of the president, is an extremely discreet man, keeping away from the media.

This 49-year-old senior civil servant has held the strategic position of secretary general of the Elysée since the start of the first five-year term.

Installed in an office next to the president, he manages emergency situations, major economic and social issues, but also political ones on a daily basis.