Kulik case: the Court of Cassation rules on Wednesday on Willy Bardon's appeal

If the highest French court upholds the arguments of the defense - for whom the law was not correctly applied during the appeal trial - Willy Bardon, 47, will see his conviction canceled and will have to be retried. 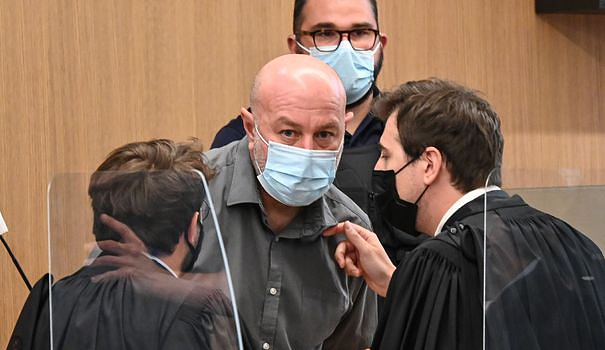 If the highest French court upholds the arguments of the defense - for whom the law was not correctly applied during the appeal trial - Willy Bardon, 47, will see his conviction canceled and will have to be retried.

In the event of rejection, his lawyers plan to seize the European Court of Human Rights, assured AFP one of them, Gabriel Duménil.

Since his arrest in 2013, Willy Bardon has maintained his innocence. Sentenced at first instance to 30 years' imprisonment for kidnapping, forcible confinement followed by death and rape, he had attempted suicide when the verdict was announced. On appeal, in July 2021 in Douai, he was sentenced to the same sentence, the court also finding him guilty of "murder".

On the night of January 10 to 11, 2002, Elodie Kulik, who had been kidnapped from her car after an unexplained accident in the Somme, had managed to briefly call the firefighters, leaving a chilling recording where her cries mingle with two voices of men. She had been raped, killed and burned in a field six kilometers away.

The investigation had first skated ten years, until the identification of a suspect, Grégory Wiart. But the man has since died, however by searching his close circle, the investigation implicates Willy Bardon, recognized by several witnesses on the sound recording.

Before the Court of Cassation, the defense raised several problems of form, in particular in the written reasons of the Court of Appeal of the North, which it considers unclear.

The recording only concerns the kidnapping, "we do not understand why Willy Bardon is convicted of the rape and murder", while "no evidence" connects him to this "second scene", explains Me Gabriel Duménil. The court “fails to explain” why the crime “according to it forms a whole”.

Another problem: the president "systematically rejected" the requests to note in the minutes of the debates certain "new elements", such as two testimonies evoking "pressure" exerted by the investigators. This "testifies" for Mr. Duménil to "hostility to the defense".

A request for "additional information", aimed at better understanding the presence of DNA from Grégory Wiart's companion at the crime scene, was also rejected.

Contacted, the lawyers for the civil party were unreachable.