That's how it's always been lately when United play, even if the Portuguese aren't there at all: The topic is Ronaldo afterwards. 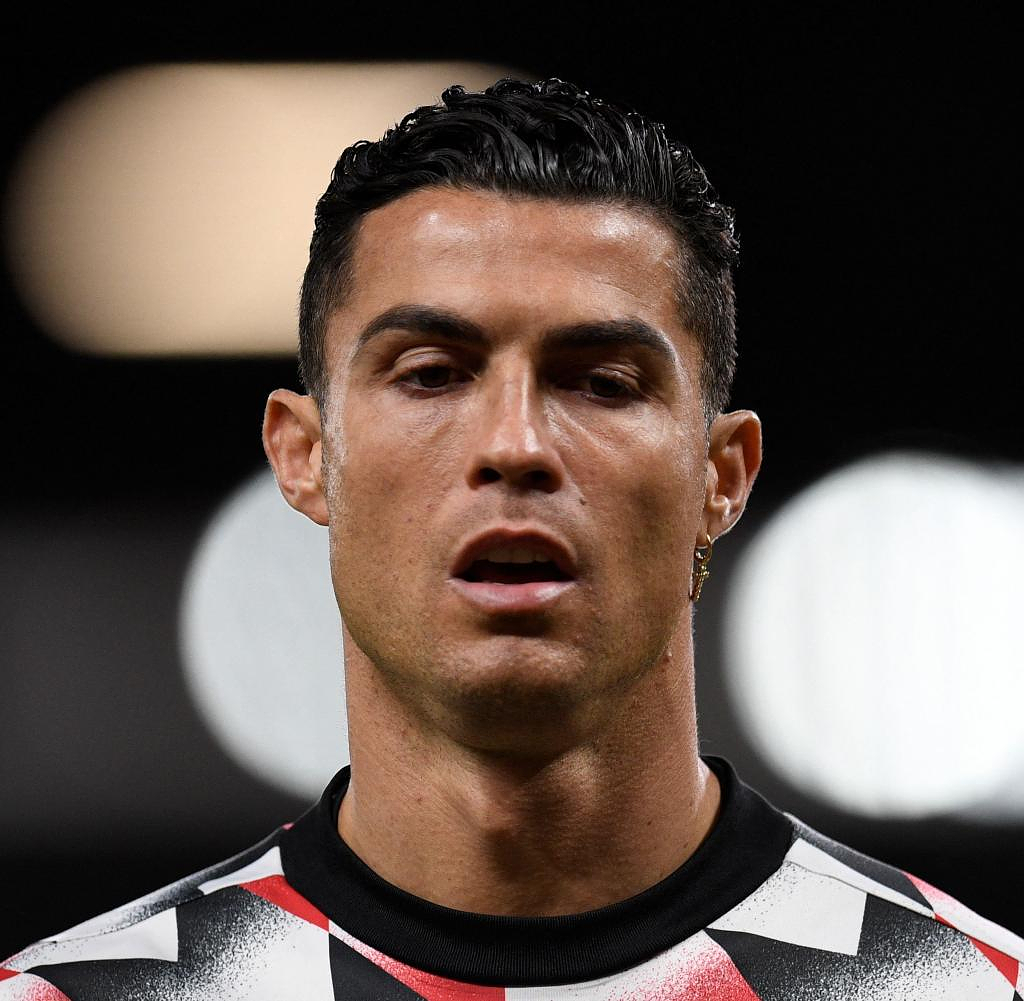 That's how it's always been lately when United play, even if the Portuguese aren't there at all: The topic is Ronaldo afterwards. Because someone simply does things that no one else does, one after the other, and increasingly day after day. Even Jaap Stam is stunned. God knows, the Dutchman once experienced everything as a tough defender for Manchester United, but shaking his head (we'll come back to that), he marveled at a TV camera over the weekend: "Against Ronaldo, only the hair dryer helps."

Things really got going last Wednesday, in the 2-0 win against Tottenham. Afraid of getting calluses on his buttocks or even haemorrhoids from sitting on the substitutes’ bench for a long time, Ronaldo just got up at some point, walked past his coach down the sidelines at Old Trafford without saying a word, disappeared through the players’ tunnel into the dressing room, and from there straight home. Only the Breaking News on Friday had even higher ratings: The Portuguese, now freshly suspended and sentenced to individual training, drove up to the ManU grounds in his Rolls Royce with his bodyguards - and then did his rounds like a convict in the prison yard.

The coach Erik ten Hag came up with this first aid measure, he has to do something against the aging refuser, who was a five-time world footballer in his better days. Now Ronaldo is the supreme devil among the Red Devils and the coach has therefore suspended him for the game in Chelsea and asked him to pay. 825,000 euros, one hears. But Ronaldo doesn't have to starve, because his salary is estimated at 600,000 euros per week, and he probably handed ten Hag a blank check and said: Enter the fine, plus a ten percent tip for yourself.

The coach has been struggling with his superstar since the summer. Back then, he actually wanted to leave, no matter what, in the Champions League, where he belongs as a king, but no club wanted him. Not the Sheikh of Paris, not Real, not Bavaria. “How old are you now?” everyone asked him. "37," Ronaldo said, and that was it. He felt emasculated, or at least humiliated, and offended he fired his captain's armband into the grass in the Nations League against Spain (0-1) when he left.

Then his new coach in Manchester put him on the bench and it was in a friendly against Rayo Vallecano that Ronaldo got up for the first time and went home kissing my ass. At that time, instead of a suspension, the coach ten Hag tried to give a lecture on the invaluable advantages of team spirit - and Ronaldo actually knows all that. He just forgot.

It's been almost exactly twenty years since his first coach told him the same thing, in Ronaldo's first life at Manchester United. It was Sir Alex Ferguson, the legendary gnarly, gum-chewing Scot. His philosophy was: "It doesn't matter if one is the best player in the world. The club keeps getting bigger.” Ferguson has personally yelled at stars like Ruud van Nistelroy, Wayne Rooney and David Beckham that the cold wind of the words has dried their hair.

When the latter couldn't get past a mirror without greeting himself, Sir Alex kicked him in the head in the dressing room with a football boot, and the laceration in his eye had to be so stapled that Beckham reportedly couldn't wear his piercing ring for days . Exactly at this point Jaap Stam now claims: "Ferguson would have missed Ronaldo when he left last week."

The Portuguese was 17 when Sir Alex brought him in. But he has forgotten everything again, because in the beginning twilight of his colossal career it is beyond his imagination that a team would play better without him, or that he would even become a burden. Ronaldo's feeling of disrespect was first addressed in 2018. The newspaper “El Mundo” suspected that he had defected from Real to Juventus out of injured vanity and quoted the superstar as accusing his ex-club: “It is a lack of respect that I earn less than Messi and Neymar. It's not about the money, it's about status, about respect."

Even in Manchester, Ronaldo now sometimes sounds like a self-absorbed rooster who constantly has to prove to himself that he has the biggest butt in his pants and three double-yolk eggs between his legs. When he joined United, he immediately secured the number 7 shirt to reinforce his trademark 'CR7', ceded to him by Uruguay's Edinson Cavani. "Thank you to Edi for this incredible gesture," said Ronaldo, as if Cavani had ever been asked a lot.

Such extra sausages are highly symbolic of Ronaldo's ego, and as far as his size is concerned, the live images of that insidious TV camera, which transmitted him from behind, standing on tiptoe for a team photo before a European Championship match against Austria, are unforgettable. Why, many asked, does a six-foot-tall tall man stand on high heels? Psychologists believe: behind this can only be the panic fear of a life as the second largest.

Ronaldo found it disgusting when he was only second in an election for world footballer, like in 2018 behind Luka Modric. He then preferred to stay at home and was not noticeably itchy when the well-known coach Fabio Capello asked on behalf of many: "Where is the respect for Modric?" Second, that means a serious loss of face for Ronaldo. He thinks it is more appropriate if someone kisses his feet, warms the toilet seat, powders his bottom or his home island of Madeira erects a monument for him: the sculptor Ricardo Velosa has the 3.40 meter high monument of Ronaldo between his loins in the form of a double Bulge so splendidly equipped that the trousers stretch.

However, things could get tight for Ronaldo at ManU. The coach was asked after Saturday's game whether he still relies on his old heroes, and ten Hag bravely nodded ("He can score goals, we need him, that's for sure"). But it is at least as clear that the Dutchman is drying the Portuguese's hair at the same time. Sir Alex Ferguson has shown how it works, and for days the old story has been circulating again, how the old Scotsman blow-dried the young headstrong in the dressing room: “Who do you think you are? Do you want to play alone?” Cristiano Ronaldo cried snot and water and became a better footballer. But can United manage it again?