In Cairo, an island standing up against its transformation into "Manhattan"

Demonstrations, clashes and arrests began in mid-August "when the authorities gave four days to the inhabitants of areas pre-empted by the government to leave", told AFP a fifty-year-old resident wishing to remain anonymous. 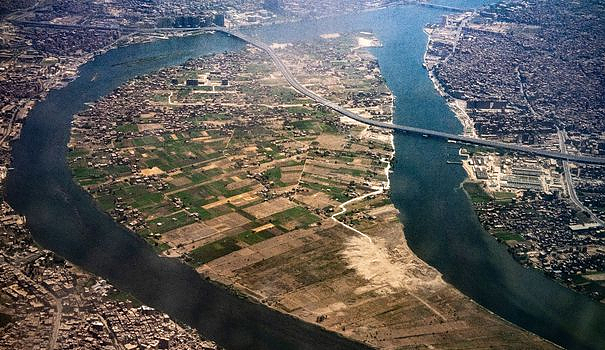 Demonstrations, clashes and arrests began in mid-August "when the authorities gave four days to the inhabitants of areas pre-empted by the government to leave", told AFP a fifty-year-old resident wishing to remain anonymous.

On this island north of Cairo, in a bend of the Nile, 100,000 Egyptians live in ocher brick houses between green fields, irrigation canals and livestock. Every day, by the thousands, they go to work by ferry in the other districts of Cairo.

For the Minister of Housing Assem el-Gazzar, these accommodations are "unsanitary". And those who contest are "forces of evil" who "systematically oppose development projects".

Already in 2017, clashes between residents and security forces left one dead.

At the time, the government accused the residents of having "illegally for more than 15 years" built houses on agricultural land.

False, then replied the lawyer Khaled Ali by sharing on Facebook property deeds as well as the birth certificate of a resident born on the island "100 years ago".

The 50-year-old father, self-employed in the agricultural sector, says he is ready to leave, but not at any price.

"We are offered 70 euros per m2, but with that, we can't buy anything off the island," he laments, even though Cairo keeps saying that redeveloping Warraq can pay off big.

Already, former President Hosni Mubarak, overthrown in 2011 by the street, wanted to transform the largest island of the capital - six km2 - into a business district.

The current president, Abdel Fattah al-Sissi, a former marshal, reactivated this plan and entrusted it to military engineers.

"It's not Manhattan but Warraq", boasted the government when it published plans for "Horus City", named after the ancient Egyptian sun god, at the end of July.

Glittering skyscrapers, heliports and marinas will cohabit with green spaces for nearly a billion euros.

The inhabitants could find their place there, assures AFP another resident, in his thirties, who also refuses to give his name.

And if the state refuses, "we will not leave", he threatens, ensuring that he has all the documents proving that he is legally occupying the premises. "We pay our taxes, water and electricity, why couldn't we benefit from the development of our island?"

Beyond Warraq, other islands fear the same fate, such as Dahab, further south.

This year, 17 of them, including Warraq, lost their status as nature reserves after being handed over to the army.

But opposing the remodeling of Cairo can be expensive: in 2019, activist Ramy Kamel was detained for more than two years for "terrorism", because he "denounced forced displacements of Christians, in particular in Warraq", historian Amy Fallas told AFP.

If the more affluent neighborhoods are not spared by the policy of the bulldozer, the disadvantaged informal sectors are the first targets, assures the urban planner Ahmed Zaazaa.

The government wants to "completely empty the heart of the capital of the poor", he told AFP, in a country where two thirds of the inhabitants live around the poverty line.

For the town planner, the State seeks "to provide for the needs of the new capital" which is being built 50 kilometers away.

According to him, "in order for the workforce to have access to it, (the State) builds social housing and transport axes which modify the geography of Cairo" and "destroy the historic districts of the center" and their social fabric. .

In Warraq too, residents say they fear finding themselves uprooted and isolated in neighborhoods where the solidarity between neighbors that currently allows them to survive will have disappeared.

And the experts are reduced to consulting satellite images to see the progress of the destruction.