All advertising must be extinguished in the event of "a serious and imminent threat to the security of electricity supply", i. 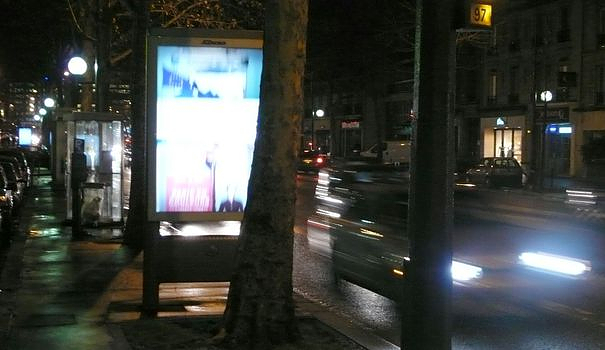 All advertising must be extinguished in the event of "a serious and imminent threat to the security of electricity supply", i.e. during periods during which the RTE electricity transmission network emits a "red Ecowatt" signal, specifies the decree published in the Journal. official.

The Ecowatt tool, designed as an "energy weather forecast" and set up by RTE with the Environment and Energy Management Agency (Ademe), allows users to see in real time the level of electricity available in the country thanks to a signal in three colors: green (normal), orange (tense) and red (very tense). In red, the signal is synonymous with inevitable cuts if nothing is done to lower or shift consumption.

The measure, adopted within the framework of the purchasing power law at the beginning of August, can therefore be implemented as of Wednesday for "digital advertisements and advertisements whose operation or lighting can be controlled remotely", and from June 1, 2023 for others.

A previous decree, published at the beginning of October, provided for the general ban, even in the absence of tension on the electricity supply network, of illuminated advertisements at night between 1 a.m. and 6 a.m. everywhere in France, with the exception of airports, train or metro stations.

From now on, in the event of strong tension on the supply of electricity, all advertisements, including in airports, stations and public transport stations or stops, are concerned, without however "compromising the objectives of public security, national defense as well as the safety of sensitive installations and works", specifies the text of the law.

This will also concern indoor advertisements if they are "visible from the public highway", which must be switched off or, failing that, put on standby.