"If we buy new fuel rods, the nuclear power plants may still run for 20 years" 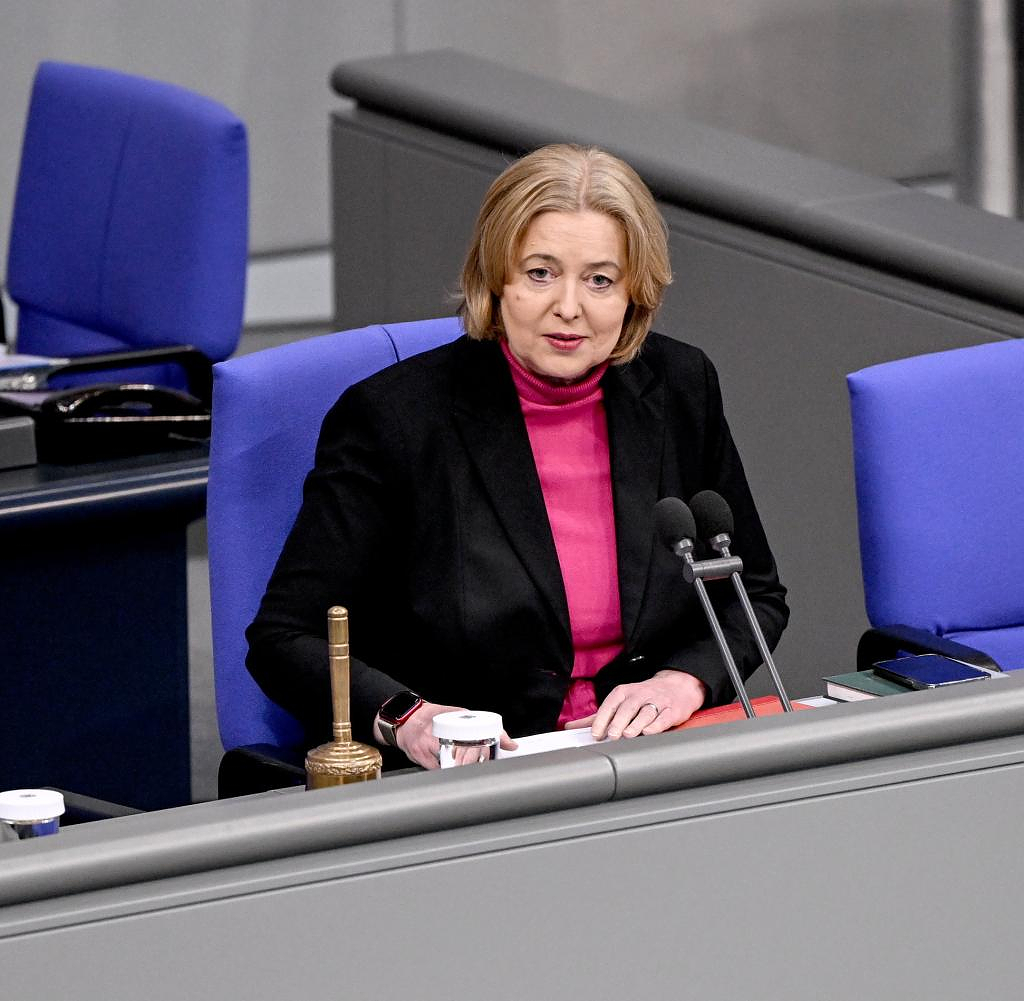 Bundestag President Bärbel Bas (SPD) has criticized recurring calls from the FDP and the opposition for longer nuclear power plant runtimes. "Let's not kid ourselves: if we were to buy new fuel rods now, the old nuclear power plants might still run for another 20 years. The risks are high, as the massive problems in France show," Bas told the Neue Osnabrücker Zeitung. "We should definitely leave it at the last extension until April 2023, end this debate and accelerate the expansion of renewable energies."

The energy transition has been stalled for far too long because Germany relied on "cheap gas and oil" from Russia, Bas said. "Adhering to nuclear power would again slow down the necessary transformation." In addition, numerous problems have not been solved to this day, "above all the nuclear waste that nobody wants."

At the end of December, Federal Transport Minister Volker Wissing (FDP) again questioned the nuclear phase-out, which had been postponed to mid-April. "The demand for electricity will increase rapidly as electromobility ramps up," he told the newspapers of the Funke media group. When it comes to electricity production, “there shouldn’t be any taboos, not even when it comes to nuclear lifespans”. The statements provoked protests from the Greens.

Because of the energy crisis, the phase-out of nuclear power in Germany, which was actually planned for the turn of the year, was postponed by three and a half months to mid-April. The decision was made by Chancellor Olaf Scholz (SPD) after a long dispute between the Greens and the FDP.

But it's not just the FDP and the opposition who want to discuss extending the lifespan of the nuclear power plants, Ulrike Malmendier also advocates longer operation of the three power plants. "We now know that the winter of 2023/2024 will not necessarily be any easier," said the economist from the US University of Berkeley to the "Handelsblatt". "That's why it's important to exhaust all possibilities, and that's where nuclear power plants are part of it."

The decision must now be made quickly so that the operators can prepare and procure new fuel rods. Malmendier also criticized the Federal Government's course on the nuclear issue for foreign policy reasons: Chancellor Olaf Scholz (SPD), with his late decision to shut down the Emsland, Neckarwestheim 2 and Isar 2 power plants later, but at the same time continue to obtain gas from Russia, "in the caused confusion in the United States."

Since this summer, Malmendier has been a member of the Council of Economic Experts, which advises the federal government on economic issues.

The Economic Council of the opposition CDU meanwhile called for the question of shutting down the remaining power plants to be separated from research into new nuclear technologies. "Although the time of classic boiling water and pressurized water reactors is running out, research is now presenting new operating principles and reactor types for which the previous pros and cons arguments no longer apply," says a position paper by the committee, from which the " Editorial network Germany" quoted on Monday.

"With the decision to phase out the use of nuclear energy, Germany must by no means close the door on research for this future technology," said Economic Council Secretary General Wolfgang Steiger to the "RND". "On the contrary, research on reactor types of the fourth generation must be significantly intensified and more financially supported by the public sector."

‹ ›
Keywords:
NewsteamBasBärbelMalmendierUlrikeAtomkraftwerkeTexttospeechSPDFDPNeue Osnabrücker ZeitungFrankreichUlrike MalmendierHandelsblattBündnis 90Die GrünenOlaf ScholzRusslandKraftwerk EmslandKrimiApple PodcastAmazon MusicGoogleForschungReaktortypenBrennstäbe
Your comment has been forwarded to the administrator for approval.×
Warning! Will constitute a criminal offense, illegal, threatening, offensive, insulting and swearing, derogatory, defamatory, vulgar, pornographic, indecent, personality rights, damaging or similar nature in the nature of all kinds of financial content, legal, criminal and administrative responsibility for the content of the sender member / members are belong.
Related News