An infection often ends fatally for birds: the bird flu virus has been raging on various continents for months, and for the first time there were massive outbreaks throughout the summer. 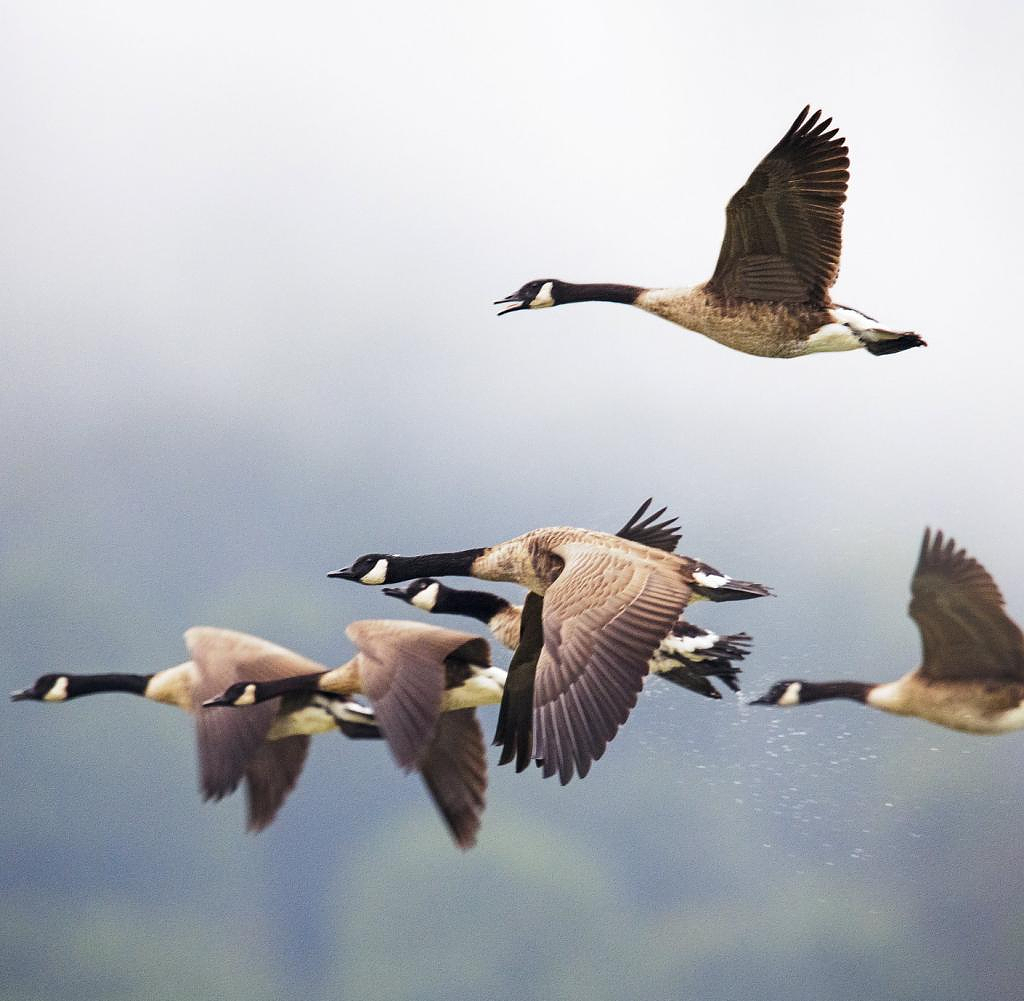 An infection often ends fatally for birds: the bird flu virus has been raging on various continents for months, and for the first time there were massive outbreaks throughout the summer. Wild bird losses are accumulating in Europe and the USA, as well as in Asia and Africa. In Germany too, for example on the North Sea, animals fall dead from the sky. The EU health authority ECDC recently spoke of the worst bird flu epidemic in Europe. How does it go from here?

According to Timm Harder, this is difficult to predict. At least there is a risk of another wave, says the head of the National Reference Laboratory for Avian Influenza at the Friedrich Loeffler Institute (FLI) near Greifswald. Bird migration has started and is approaching its peak. “Animals from different geographic origins and species are now converging in close proximity at this time. And that is of course an ideal opportunity for a virus to find other hosts.” There is a fear “that a susceptible wild bird population that is now flying in with us will encounter the virus that is already circulating here in the ecosystem.”

According to Harder, bird flu was rampant in recent years, mainly between October and April, due to bird migration. In 2021 there were cases for the first time in summer, especially in northern Europe. However, not to the same extent as in 2022. "This summer the whole concept was almost completely overturned."

According to the expert, colony-breeding seabirds have been hit most recently: terns and gannets on the North Sea and cormorants on the Baltic Sea. Further north, for example on the coasts of Scotland, Norway, the Faroe Islands to Iceland and Spitsbergen, gull species in particular were also affected. For the North Sea alone, Harder assumes that tens of thousands of wild birds have fallen victim to the virus.

In poultry, there were massive outbreaks in turkey farms in the north of Italy in early summer, says Harder. Duck husbandry was particularly affected in France. On the one hand, it is unusual that this time Spain and Portugal are also affected. There have also been many outbreaks across UK poultry sectors this time. According to ECDC, 48 million animals were culled on farms in Europe during the 2021/2022 avian flu season.

In Germany there have been sporadic outbreaks in holders over the summer. Chickens were predominantly affected, says Harder. "Laying hen husbandry was usually the case." But geese and turkey farms were also affected in this country.

According to the FLI risk assessment from the beginning of July, the risk of inputs from coastal holdings is high and otherwise low. However, according to Harder, there are signs that the infection is spreading from the coasts, where it mainly occurred over the summer, to the whole of Germany again. The past seasonal epidemics in winter would have mostly extended to all of Germany. He expects an increasing risk for companies away from the coast and a corresponding update of the risk assessment.

Danger is seen at least for certain stocks. In this context, Martin Rümmler, consultant for bird protection at the German Nature Conservation Union (Nabu), referred to the northern gannet, which breeds only on Helgoland in Germany. The colony was badly affected. If it disappeared, the species would have become extinct in Germany. Harder is concerned about species that grow older but produce comparatively few young per litter. Losses are harder to replace here. He also thinks of birds of prey, which can become infected by eating infected animals.

According to Harder, this has not yet been clarified. “Many attempts at explanation are made. It starts with climate change and changes in wild bird behavior.” The sheer volume of the circulating virus is also mentioned. It is sometimes assumed that the viruses that have spread over the summer are more fit. "But there isn't really hard evidence for any of these assumptions."

Harder says you see a relatively uniform virus spread across Europe. This prevailed in advance. "We actually saw the great variability of different virus lines in the 20/21 season." Theoretically, new variants could also be introduced again with bird migration. Traditionally, such entries from the Eurasian region, such as Russia and Siberia, have been the trigger for bird flu waves. However, there is relatively little data on what happened in Russia over the summer. "We don't know if the birds will bring anything new."

In the past, according to Harder, there had also been deaths in people, especially in Southeast Asia or Egypt, in the course of epidemics. However, the ECDC recently assessed the risk for the population as low. According to Harder, infections in humans have recently been absolute exceptions and have remained without serious illness. The danger could increase if the virus mutated. The viruses are genetically relatively flexible and mutations are common.

Cases of mammals believed to have died of avian influenza after eating infected birds have also been seen across Europe. Harder named otters, foxes, martens, but also marine mammals such as porpoises or seals. These sporadic cases suggested that protection and caution were important when there was close contact, such as collecting birds.

The precursor to the bird flu virus, which is still rampant today, was first detected in 1996 in a flock of geese in southern China, explains Harder. The virus has persisted in Southeast Asia and has repeatedly spread to wild animals. There was a first major outbreak in 2003 in wild birds in northern China and Mongolia. In Germany, in February 2006, the first evidence was found in a swan. In 2014 there was another heavy wave that spread west via Russia to Europe and Africa and east for the first time via the Bering Strait to North America. Bird flu has hit Germany relatively regularly since 2016.

Yes, with regard to wild birds, Harder speaks of a pandemic. As in 2014, the virus is currently rampant in North America. It was probably carried there by wild birds over Iceland, Greenland and Newfoundland in autumn 2021. It has spread west to the Pacific Ocean and south to Florida. With the current bird migration in North America, there is concern that the virus will also reach Central and South America. That would be "the next wall that the virus would break through," as Harder says.

‹ ›
Keywords:
Vogelgrippe (bei Tieren)Vogelgrippe (beim Menschen)VirenPandemienEuropaTexttospeechVogelgrippevirusECDCNordseeVogelzugGesamtdeutschlandÄgyptenOstseeRusslandPazifikSüdostasienApple PodcastVogelgrippeEpidemieGesundheitNordamerikaVirusAfrikaAsienIslandBeringstraßeUSA
Your comment has been forwarded to the administrator for approval.×
Warning! Will constitute a criminal offense, illegal, threatening, offensive, insulting and swearing, derogatory, defamatory, vulgar, pornographic, indecent, personality rights, damaging or similar nature in the nature of all kinds of financial content, legal, criminal and administrative responsibility for the content of the sender member / members are belong.
Related News