Granada's lawyers claim that courts won't allow them in due to the covid.

The coronavirus is refusing to leave history. 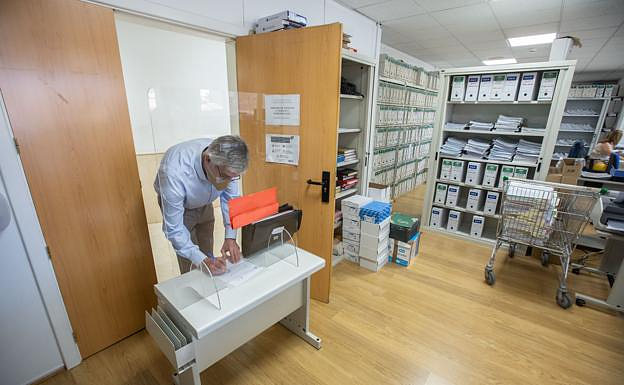 The coronavirus is refusing to leave history. The pandemic is still being spread from mutation to mutation. However, this pandemic has a different lethality to the one that decimated the world during the months of restriction and confinement. Slowly, the so-called new normal is becoming more like the old and long-awaited normal. This isn't happening at the same pace everywhere. For example, many courts in Granada continue to enforce anticovid laws that prohibit lawyers from working in judicial offices. Leandro Cabrera was the dean of lawyers and said it in a public appearance before the media to commemorate the Day of Free Justice. It is observed on July 12.

Cabrera stated that although there are some courts that have relaxed the prohibitions, they are still very rare.

The dean informed the office that the Junta de Andalucia was paying on time, and that they have left behind the hard times when the money arrived late or badly. Cabrera requested an update on the remuneration that they received, as they claim it forces them to work under "regrettable circumstances."

Another striking fact is the decline in small boats entering the Levante region, which is preferred, has resulted in a significant decrease of activity by the lawyers offering free assistance to immigrants.

More than a thousand lawyers are in Granada.

‹ ›
Keywords:
AbogadosGranadaQuejanJuzgadosDejanEntrarCOVID
Your comment has been forwarded to the administrator for approval.×
Warning! Will constitute a criminal offense, illegal, threatening, offensive, insulting and swearing, derogatory, defamatory, vulgar, pornographic, indecent, personality rights, damaging or similar nature in the nature of all kinds of financial content, legal, criminal and administrative responsibility for the content of the sender member / members are belong.
Related News