France announced Tuesday that 35 French minors and 16 mothers were repatriated from northeastern Syria in the case of jihadist prisoners. 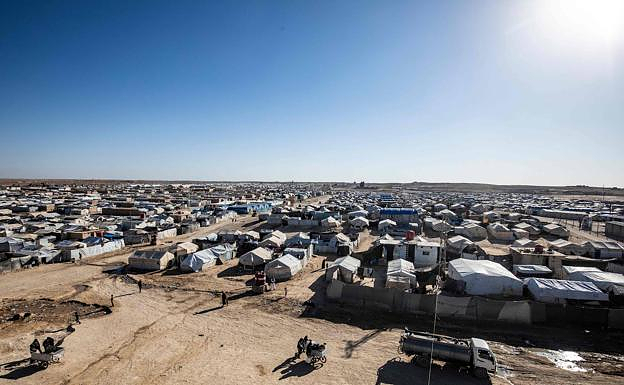 France announced Tuesday that 35 French minors and 16 mothers were repatriated from northeastern Syria in the case of jihadist prisoners. The Paris authorities allow the return of children and their parents for the first time. They are suspected to be radical Islamists.

The minors were handed over to child support and will be subject to a medical examination. In a statement, the Quai D'Orsay, which is the French Foreign Ministry's name, stated that the 16 mothers were "brought before competent judicial authorities." The French government also thanked northeast Syria's local authorities for making this operation possible.

According to the National Antiterrorist Prosecutor's Office, seven of the 35 minors who were repatriated are not accompanied. Twelve of the 16 women arrived in France with their children, while four others had previously consented to their return in previous operations.

All the women are between 22-39 years old and have French citizenship, with two exceptions. According to the National Antiterrorist Prosecutor's Office, eight of them were taken into custody for questioning after arriving in the country. A search warrant had been issued against them and an arrest warrant was being pending against the eight others.

One of the minors was not arrested. The suspect is a young man, who will turn 18 in a few days. There are suspicions that he may have been involved in a terrorist organization. All the rest will be provided with education assistance by the National Anti-Terrorist Prosecutor's Office. This office will centrally monitor all their activities after they arrive on French territory.

This Tuesday's operation is the largest ever by French authorities to repatriate jihadist mothers and minors since March 2019, when the last stronghold of Islamic State terrorist group in Baguz (Syria) fell. France has ended its previous policy of allowing only the return of minors or orphaned children whose mothers have agreed to separate with them, by allowing this collective return. Paris had returned 35 children to their homeland as of January 2013.

The United Families Collective is a group of French families who traveled to Syria and Iraq to fight jihad. They applaud this collective repatriation operation. He hoped it would end "this abject policy that takes one case at a time that separates brothers, and snatches their children from their mothers abandoned in Syria prison camps." He hopes this will also end the "inhumane policy" that has been in place for many years.

The group also called on the French government to immediately return all French children and mothers held in jihadist prison camps of Syria to their homeland, just as other European countries have done. Germany. According to French media, these centers housed around 80 Islamist women and 200 minors from other countries before the latest operation.

Last February, the United Nations Committee on the Rights of the Child accused France of violating the rights of Syrian children by placing them in camps for relatives of jihadists for many years.

‹ ›
Keywords:
FranciaRepatriaMenoresMadresCamposPrisionerosYihadistasSiria
Your comment has been forwarded to the administrator for approval.×
Warning! Will constitute a criminal offense, illegal, threatening, offensive, insulting and swearing, derogatory, defamatory, vulgar, pornographic, indecent, personality rights, damaging or similar nature in the nature of all kinds of financial content, legal, criminal and administrative responsibility for the content of the sender member / members are belong.
Related News