Former concentration camp secretary breaks her silence after all

On the penultimate day of the trial against a former secretary in the Stutthof concentration camp, the accused surprisingly broke her silence. 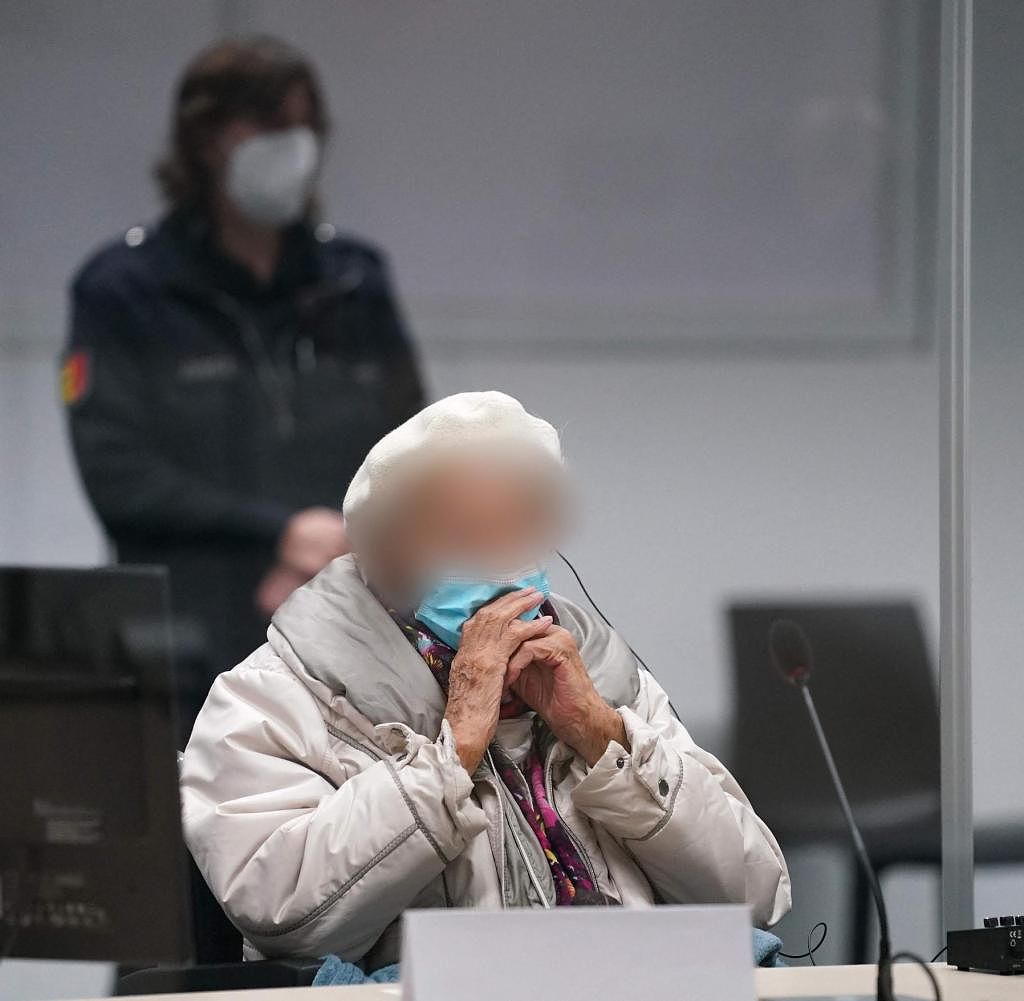 On the penultimate day of the trial against a former secretary in the Stutthof concentration camp, the accused surprisingly broke her silence. "I'm sorry about everything that happened," said Irmgard F. on Tuesday in her last word before the Itzehoe district court. The 97-year-old added: "I regret that I was in Stutthof at the time. I can not say more."

Her defense attorney Wolf Molkentin had previously asked for an acquittal. The taking of evidence in the process, which has been going on for more than 14 months, has yielded little concrete information. "There remain insurmountable doubts," said Molkentin. The accused should therefore be acquitted.

The public prosecutor has asked for a youth sentence of two years on probation. The prosecution is convinced that the accused, at the age of 18 to 19 years, was guilty of being an accessory to more than 10,000 insidious and cruel murders. Irmgard F. is said to have worked from June 1943 to April 1945 as a civilian employee in the headquarters of the concentration camp near Danzig. The youth chamber wants to announce its verdict on December 20th.

The accused did not appear on the first day of the trial on September 30 last year. A few hours later she was arrested in Hamburg. She spent five days in custody. She had not given any information in court, not even about her personal circumstances. Her defense attorney emphasized on Tuesday that after initial reluctance, she accepted the procedure without any ifs or buts.

At the beginning of his plea, Molkentin acknowledged the "impressive and harrowing accounts of the survivors" in the process. "The fact that Stutthof was hell could not be doubted beforehand," said the lawyer. The main crimes, i.e. the thousands of murders in the camp, were not disputed. The defense can only bow to the survivors in great respect. However, this attitude does not contradict a committed defense of the accused.

The fact that she had the same level of knowledge of the crimes in the camp as commander Paul Werner Hoppe at the time remains a hypothesis that has not been proven in the slightest, said Molkentin. There were several typists in the commandant's office. Not a single document with the initials of the accused appeared in the process. The historical expert Stefan Hördler explained that all typists were secret bearers. However, this was not confirmed in the evidence. The defendant did not have a prominent position of trust.

At the end of October 1944, when the camp management began to carry out "special tasks" - a language code for mass murders - they set up a parallel structure for the paperwork in the commandant's office. The goal was a special secrecy, explained the defense attorney. The central murder order for the extermination of Jewish prisoners was given personally and verbally to Hoppe in Berlin. The mass murder was not mentioned in any of the documents read in court.

Molkentin went on to explain that the possibilities for the accused to perceive the conditions and events in the camp for themselves were much less than for a security guard. Bruno D., who was sentenced to two years’ probation by the Hamburg Regional Court in 2020 for being an accessory to murder in more than 5,000 cases, stood on a watchtower in Stutthof and was able to move around the camp. Irmgard F., on the other hand, was not able to enter the actual camp. From her workplace she could only see the gate of the old camp and, at a considerable distance, parts of a path in the new camp. The so-called beating ground, the gallows, the gas chamber, and the crematorium were out of their field of vision.

The fact that the defendant must have perceived the smell of the so-called pyre, where corpses were being burned in the forest, or must have occasionally heard shots and screams, are mere assumptions by the co-plaintiffs. "We weren't there, we don't know how it was," Molkentin confirmed after the hearing.

Irmgard F. did not undergo any SS training, the defense attorney explained in his plea. Before her time in Stutthof, she worked in a bank branch, which was then closed. When she accepted the position in Stutthof, the camp was, according to the co-plaintiff's representative Rajmund Niwinski, a "normal labor camp". She didn't have to get the impression that the sole purpose of the camp at the time was to murder the prisoners. Whether she later realized that Stutthof was turning into an extermination camp cannot be proven.

‹ ›
Keywords:
LauterbachJörnKZProzesseItzehoeNationalsozialismusKZ StutthofLandgericht ItzehoeHamburgMordVertrauensstellungKommandanturKrimi
Your comment has been forwarded to the administrator for approval.×
Warning! Will constitute a criminal offense, illegal, threatening, offensive, insulting and swearing, derogatory, defamatory, vulgar, pornographic, indecent, personality rights, damaging or similar nature in the nature of all kinds of financial content, legal, criminal and administrative responsibility for the content of the sender member / members are belong.
Related News