For the PCF Roussel, the rebellious Quatennens cannot remain a deputy

"No domestic violence should be tolerated (. 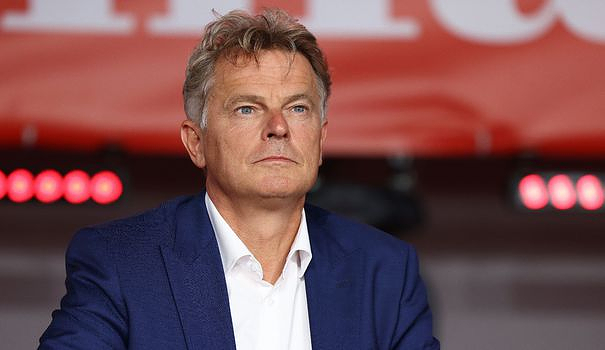 "No domestic violence should be tolerated (...) and if in my group at the National Assembly a deputy was the perpetrator of domestic violence and he admitted to having committed it, he could not remain within the group", explained on Cnews the deputy from the North, before adding: "I would say to him: you cannot remain a deputy".

"How can he go see the citizens of his constituency, represent the Republic with his scarf when we admit to having committed an act of this nature, it is unbearable", he continued.

"We cannot, we must not accept it, there must be zero tolerance in this area", insisted Mr. Roussel in response to a question about Adrien Quatennens, who admitted to having slapped his wife, and who is the subject of a complaint lodged by the latter.

"The resignation is necessarily based on the person, but in any case the political parties must necessarily be irreproachable in this matter," he said.

Mr. Roussel also deplored "passes of arms in the National Assembly" which are "not up to the subject" after the deputy Aurore Bergé (Renaissance) denounced Tuesday in a question to the government the "men who strike their wife", in a clear allusion to Quatennens. The LFI group responded sharply, one of its members receiving a call to order.

"There, it was the response of the Bergé to the shepherdess because they bicker nonstop", quipped the boss of the PCF, once again marking his distances with LFI, his partner within the Nupes.

For the spokesperson of the PS Pierre Jouvet, it would take, the time of the investigation, "withdrawals without compensation".

"At the moment as Adrien Quatennens knows it, there should be procedures carried out in the National Assembly which mean that Adrien Quatennens, throughout the time of the legal case, is not in the National Assembly, is not paid for his mandate as a deputy, that the investigation can take place and that once the investigation has taken place, if he is convicted, he will be removed from office", he proposed.

For the LFI deputy for the Somme François Ruffin, "this is not about asking for his resignation", but the question of remuneration can be asked for Adrien Quatennens, "a man who did not become a deputy to make money but out of conviction".

"If we say tomorrow: there is a part of his remuneration that he decides to keep, the average salary of a Frenchman, and that, above, it is given to associations, that can be a measure which completes” its withdrawal for the time of the investigation, he estimated at the microphone of BFMTV and RMC.