For the First Lady of Ukraine, sexual violence is part of the Russian "arsenal"

"Right now, the prosecutor's office is investigating more than 100" cases of alleged sex crimes by Russian soldiers, Ms Zelenska said, adding that this was only a "small fraction" of the number of such assaults in the conflict. 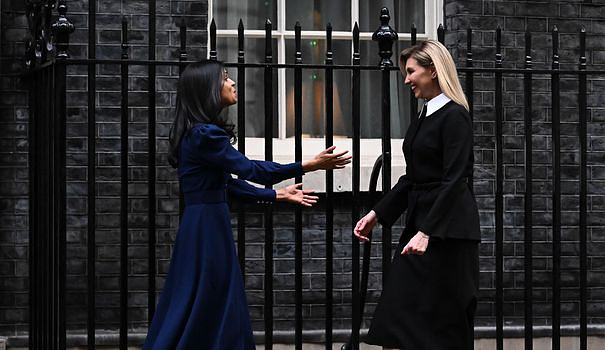 "Right now, the prosecutor's office is investigating more than 100" cases of alleged sex crimes by Russian soldiers, Ms Zelenska said, adding that this was only a "small fraction" of the number of such assaults in the conflict. in Ukraine. She recalled that the first case that resulted in prosecution was that of a woman raped by soldiers who had just killed her husband.

Since the Russian invasion on February 24, "the occupiers' opportunities have expanded to humiliate Ukrainians and unfortunately sexual violence and sex crimes are part of their arsenal," Zelenska said.

"It is for this reason that it is extremely important that it be recognized as a war crime in order to prosecute all the aggressors", she said, urging for an "international response" at this conference "to fight Against Sexual Violence in Conflict", organized on Monday and Tuesday by the British government with representatives from some 70 countries.

"Really, I hope there will be a response from all over the world for everything that is happening in Ukraine at the moment," she pleaded.

For Olena Zelenska, sexual violence is "the most cruel, most animal way of proving domination".

'Everyone knows there are a lot of rapes' committed by the Russian army in Ukraine but according to Ms Zelenska victims speak even less than usual due to the war, for fear that their attackers will return and start over.