FC Bayern in the round of 16, bankruptcies for Leverkusen and Frankfurt

Mixed feelings for the German representatives on the fourth day of the Champions League. 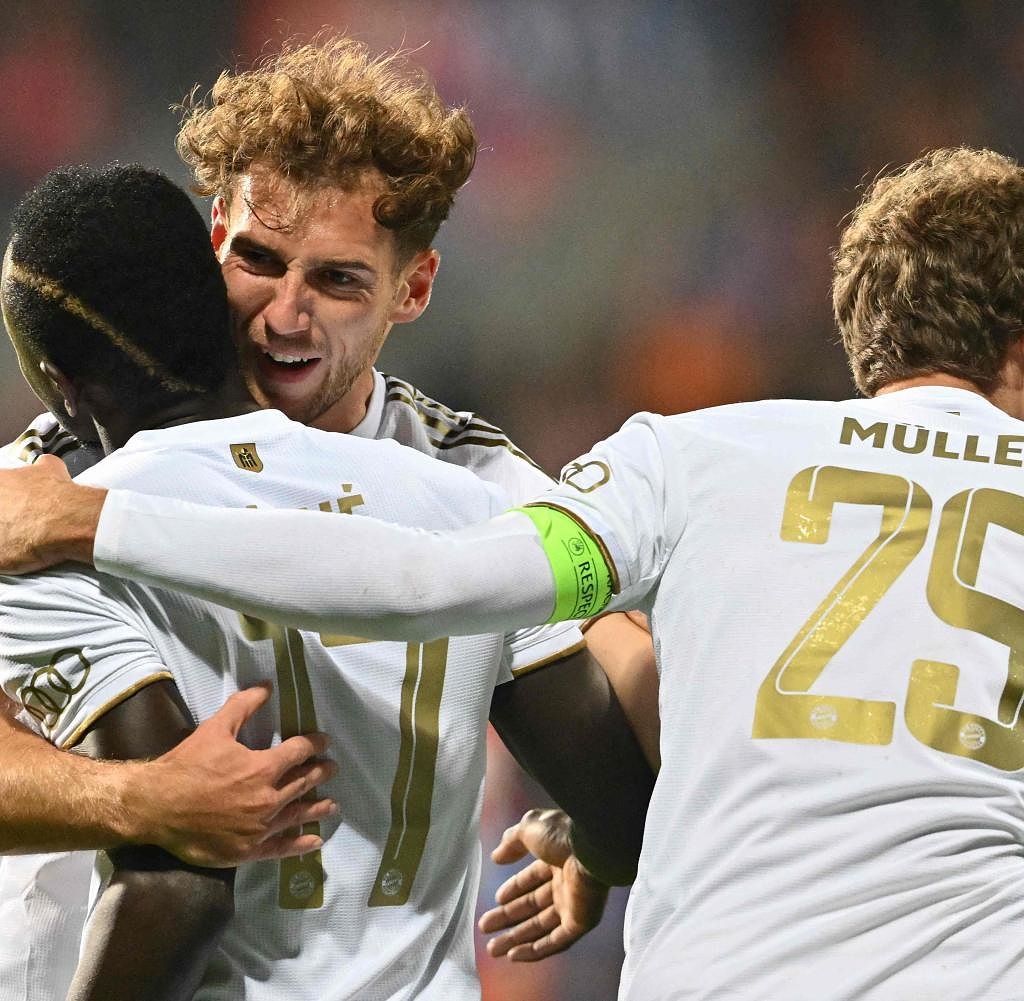 Mixed feelings for the German representatives on the fourth day of the Champions League. While FC Bayern qualified for the round of 16 two games before the end of the group phase, Bayer Leverkusen and Eintracht Frankfurt have to tremble more than ever about progressing.

Munich, who had won the first leg against Viktoria Pilsen 5-0 a week earlier, won 4-2 (4-0) against the Czech champions. Sadio Mané (10th), Thomas Müller (14th) and Leon Goretzka with a brace (25th, 35th) shot out a reassuring half-time lead. However, the German record champions, who were not at their best, conceded their first two goals of the season.

Despite his goal, Müller was not happy about his return from a corona infection. The 33-year-old attacker had to leave the field after his submission to make it 3-0 by Goretzka.

The captain quickly disappeared into the cabin, the word "shit" on his lips. Apparently he had problems with his left foot. The considerable personnel worries of the Munich team, who are under pressure in the Bundesliga, could intensify even further before the top game against SC Freiburg next Sunday. In the second period, Bayern became careless and allowed Adam Vlkanova (62') and Jan Kliment (75') to shorten the lead for the hosts.

But the starting line-up in Pilsen was strong enough to dominate the game like they did in the 5-0 victory over Viktoria a week earlier.

The evening was unsuccessful for Bayer Leverkusen. The Rhineland failed to make amends after the unfortunate 2-0 loss in Portugal a week ago. Coach Xabi Alonso saw a 0: 3 (0: 1) against FC Porto on his coaching debut in the Champions League. The Werkself are now bottom of the table in Group B but still have every chance of progressing.

After a yellow-red card against Tuta (60th), the Frankfurters played a man down for half an hour, but still managed to score a goal through Faride Alidou (87th). Frankfurt is now bottom of the table in its group.

On Tuesday, RB Leipzig won 2-0 at Celtic in Glasgow, while Borussia Dortmund missed out on qualifying for the round of 16 in a 1-1 draw against FC Sevilla.