Can a tomato plant practically deprived of water reach maturity and, what is more, produce offspring which, in turn, can almost entirely do without watering?</p>For Nadia Bertin, research director at the National Research Institute for Agriculture, Food and the Environment (Inrae), it is "undeniable" that "the memory effect exists at the epigenetic level", the science which precisely studies how the environment of a living being, animal or plant, can modify its genes in a transmissible way. 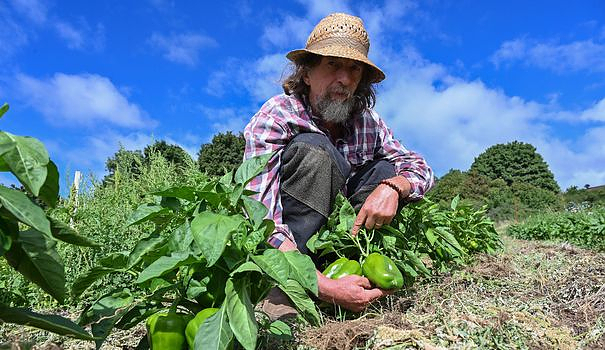 Can a tomato plant practically deprived of water reach maturity and, what is more, produce offspring which, in turn, can almost entirely do without watering?

For Nadia Bertin, research director at the National Research Institute for Agriculture, Food and the Environment (Inrae), it is "undeniable" that "the memory effect exists at the epigenetic level", the science which precisely studies how the environment of a living being, animal or plant, can modify its genes in a transmissible way.

"On the other hand, the yield is no longer the same. Whether it is a lever to counter the drought, it is not proven", immediately warns the researcher.

“It all depends on the purpose of the crops, industrial or not,” she adds.

On his two small farms -eight and two hectares, in the north of Hérault, in Olmet-et-Villecun and Romiguières-, Pascal Poot, a 60-year-old market gardener, had to deal with a permanent lack of water, accentuated this year. by a long heat wave, certain that "the plant learns" from its experiences, that it "remembers" them.

"My land was cheaper because there was no water." The land was rocky, shallow and "hard as concrete. So I had to adapt, and the plants too," he told AFP, straw hat on his head, mustache and goatee. scrubby.

Taking as a model the weeds "that no one has ever watered", he bet on supplying his crops with water only once, during planting, then leaving them on their own, convinced of their ability to draw water from deep.

His tomatoes, eggplants, peppers, melons, cucumbers and zucchini flourish on cracked earth, or even on a pile of stones. "A huge and constant work of the land (is necessary) for it to be fertile", he nevertheless agrees.

"The plants have become accustomed to growing without watering," he says. "If they survive, the seeds of the next generation will be more resistant, and so on", adds the market gardener, who specializes in the sale in shops and on the internet of seeds and seedlings of his vegetables, including several "varieties old tomatoes that resist drought well".

In Uchaux, in the north of Vaucluse, André Bernard also produces vegetables, including tomatoes for industry, but on a much larger scale.

For the past four years, part of his production has been done in vast greenhouses equipped with solar panels, originally planned to protect his vegetables from hail and wind, but which have also demonstrated their usefulness in hot weather. In greenhouses, "we manage to produce better and use less water".

Thanks to "very controlled" irrigation, made of drop by drop through the soil and occasional misting, the temperature has been able to be reduced somewhat and the hydrometry maintained, specifies this influential farmer, president of the National Interprofessional Society of tomatoes intended for processing (Sonito).

On the other hand, in the open field, André Bernard admits having "encountered a lot of difficulties" this year, despite the possibilities of irrigation offered by the nearby Rhône.

"Because of the heat wave, yields are down and the condition of the plants is very degraded," he notes.

The modern watering techniques he uses, with sensors in the ground and computer programs that calculate needs as closely as possible, have enabled him to reduce his water consumption "by 10 to 20 times" compared to his beginnings in the 1980s.

But it's not even "worth it" to think about doing without watering entirely for field crops, he argues. 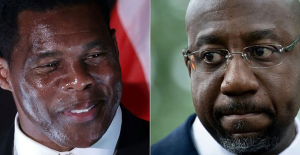 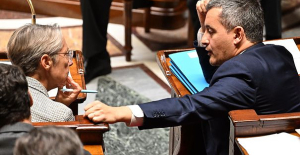 First political test for the executive on its immigration... 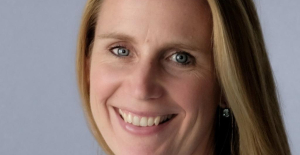 Here lies a key to solving the migration crisis