Environmental activists have thrown pea soup at a painting by the famous Dutch painter Vincent van Gogh in Rome. 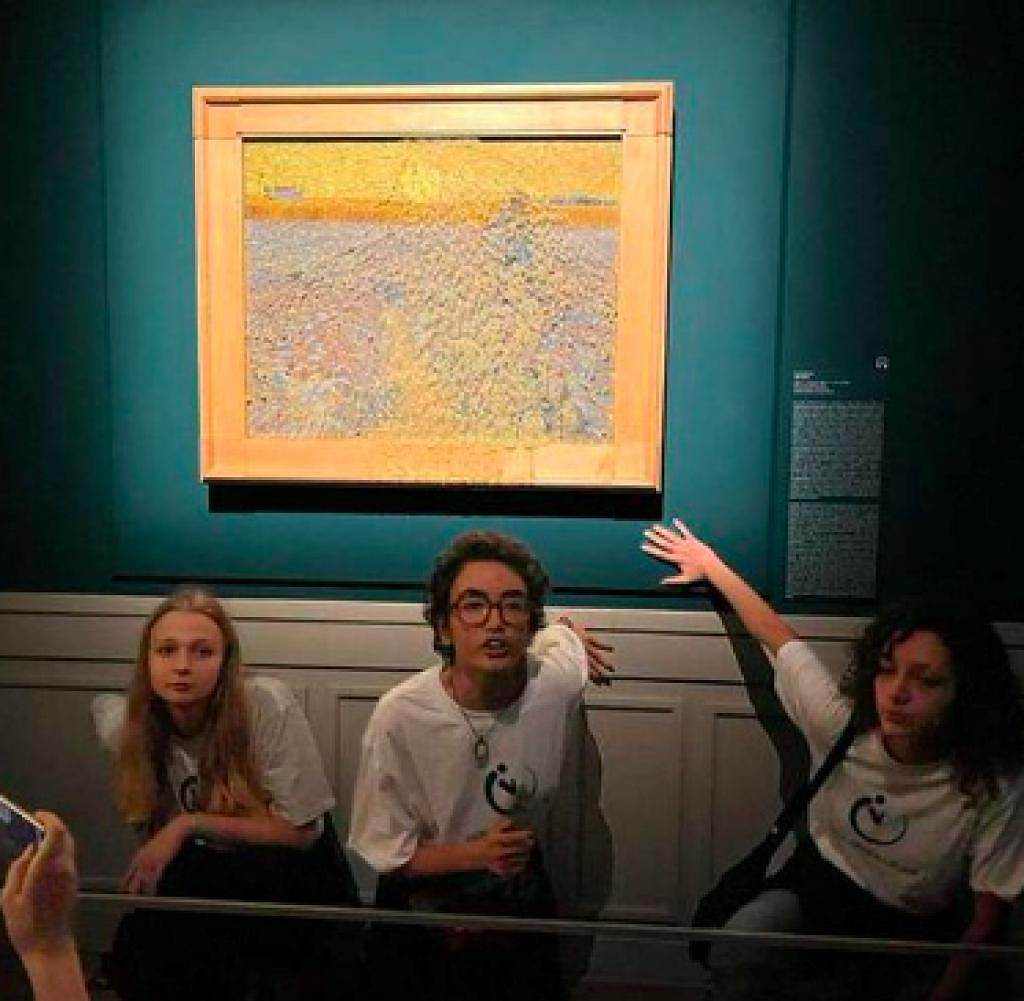 Environmental activists have thrown pea soup at a painting by the famous Dutch painter Vincent van Gogh in Rome. The incident happened on Friday morning at the Palazzo Bonaparte in the heart of the Italian capital, according to the Ansa news agency. A spokesman for the Italian branch of the group "Last Generation" ("Ultima Generazione") confirmed the action.

An exhibition of Van Gogh works is currently running in the museum. According to media reports, the painting "The Sower" (1888), which shows a man in a field at sunset, was protected by a pane of glass. The work itself was therefore not damaged.

According to Ultima Generazione, four activists were involved in the campaign. Museum security guards then cleared the room and took those involved for questioning, it said. Italy's culture minister sharply criticized the action. "Attacking art is a vile act that must be resolutely condemned," said Gennaro Sangiuliano. He wanted to remind people that acts against cultural assets would be severely punished.

Environmental activists are also causing a stir in Italy with actions in front of works of art or with road blockades. Members of the "Ultima Generazione" repeatedly obstructed traffic on Friday and before. On Wednesday they blocked part of the important ring road around Rome with a sit-in protest.

In the past, they also taped their hands to paintings. The activists want to draw attention to the consequences of climate change and demand that energy production from fossil fuels such as oil or coal be stopped.

‹ ›
Keywords:
NewsteamGoghVincent VanRomItalienUmweltaktivistenTexttospeechPalazzo BonaparteAnsaSchmuckUltima GenerazioneVincent Van GoghGennaro SangiulianoMuseum UmweltaktivistErbsensuppeSämann
Your comment has been forwarded to the administrator for approval.×
Warning! Will constitute a criminal offense, illegal, threatening, offensive, insulting and swearing, derogatory, defamatory, vulgar, pornographic, indecent, personality rights, damaging or similar nature in the nature of all kinds of financial content, legal, criminal and administrative responsibility for the content of the sender member / members are belong.
Related News