Energy prices: what aid measures have been taken by our European neighbours?

This Friday, September 30, European energy ministers reached a common agreement to help households and businesses cope with the drastic increase in gas and electricity prices. 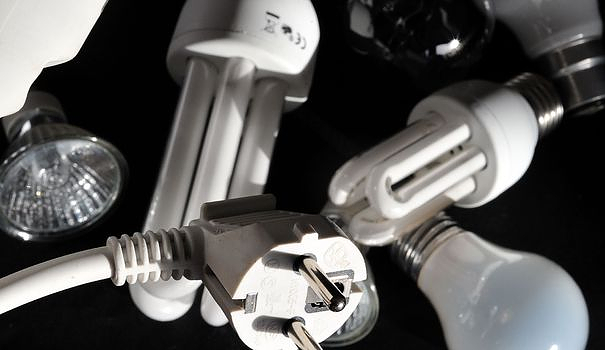 This Friday, September 30, European energy ministers reached a common agreement to help households and businesses cope with the drastic increase in gas and electricity prices. The agreement provides for recovering part of the superprofits of energy producers in order to redistribute them to consumers (the ceiling is set at 180 euros per megawatt hour and the difference between this level and the wholesale market price will be recovered by the States) , as well as reducing electricity demand during peak hours (by at least 5%). If these measures will therefore become common to the 27, the Member States have, for several weeks, adopted aid plans at the national level. Overview of what is being done in Germany, Spain, Italy and Portugal.

Particularly dependent on Russian gas, Germany is bearing the brunt of rising energy prices. To cope with this increase, the government announced on Thursday the implementation of a massive support plan for individuals and businesses. An envelope of 200 billion euros has thus been released, providing for measures up to the spring of 2024. The price of energy will in particular be capped thanks to an exceptional tax on energy producers. Berlin therefore responds favorably to the request of the Länder, who are worried about the anger of the population, while inflation reached 10% in September.

Until then, Germany had distributed punctually "energy vouchers" to consumers and operated an increase in social minima and family allowances. In the field of transport, Chancellor Olaf Scholz had been active, lowering the price of fuel and offering a subscription to nine euros per month in public transport.

The Spanish government has decided to tackle VAT. From October, it will fall from 21% to 5%. In recent months, Prime Minister Pedro Sanchez had already reduced the VAT rate on electricity twice. Like Germany, Spain has decided to reform its transport policy, by offering, since August, a free rail pass on local medium-distance lines. Planned until the end of the year, this device has met with great success, since 500,000 people have already placed an order for a card. In June, the government adopted an aid program of 9.5 billion euros, consisting in particular of a check for 200 euros for the most modest households and tax reductions.

To finance these measures, a new tax will come into force on January 1, 2023 for gas, electricity and oil energy companies. They will be taxed on the extraordinary profits they make in this year 2022, due to the increase in prices.

Of the 66 billion euros released by Rome to deal with the price increase, 43 billion are dedicated to the energy sector. Italy lowered the price of gasoline by eliminating network system costs, which had previously appeared on consumers' bills. As in Spain, Italy has lowered the VAT, which is now 5% on gas, against 22% in normal times. A check for 150 euros was also sent to households earning less than 20,000 euros per year. Regarding companies, tax cuts have been adopted to help energy-intensive companies. From now on, they can reduce, from their taxes, 40% of their energy expenditure.

The Portuguese government announced on Monday that energy taxes would be lowered and retirement pensions would be increased. In all, eight measures placed under the label "families first" are adopted. Let us mention the payment of a check for 125 euros per person for people earning less than 2,700 euros gross monthly. For each child, the increase in this payment will be 50 euros. The cut in fuel taxes, already in place, will be extended until the end of the year, while 2023 will see the introduction of a 2% rent cap and the freezing of public transport fares.