“Diversity and cosmopolitanism” – Hamburg wants to change its constitution

The three parliamentarians André Trepoll (CDU), Matthias Petersen (SPD) and Farid Müller (Greens) had big plans: they wanted to include the fight against fascism and anti-Semitism in the Hamburg constitution in May 2021. 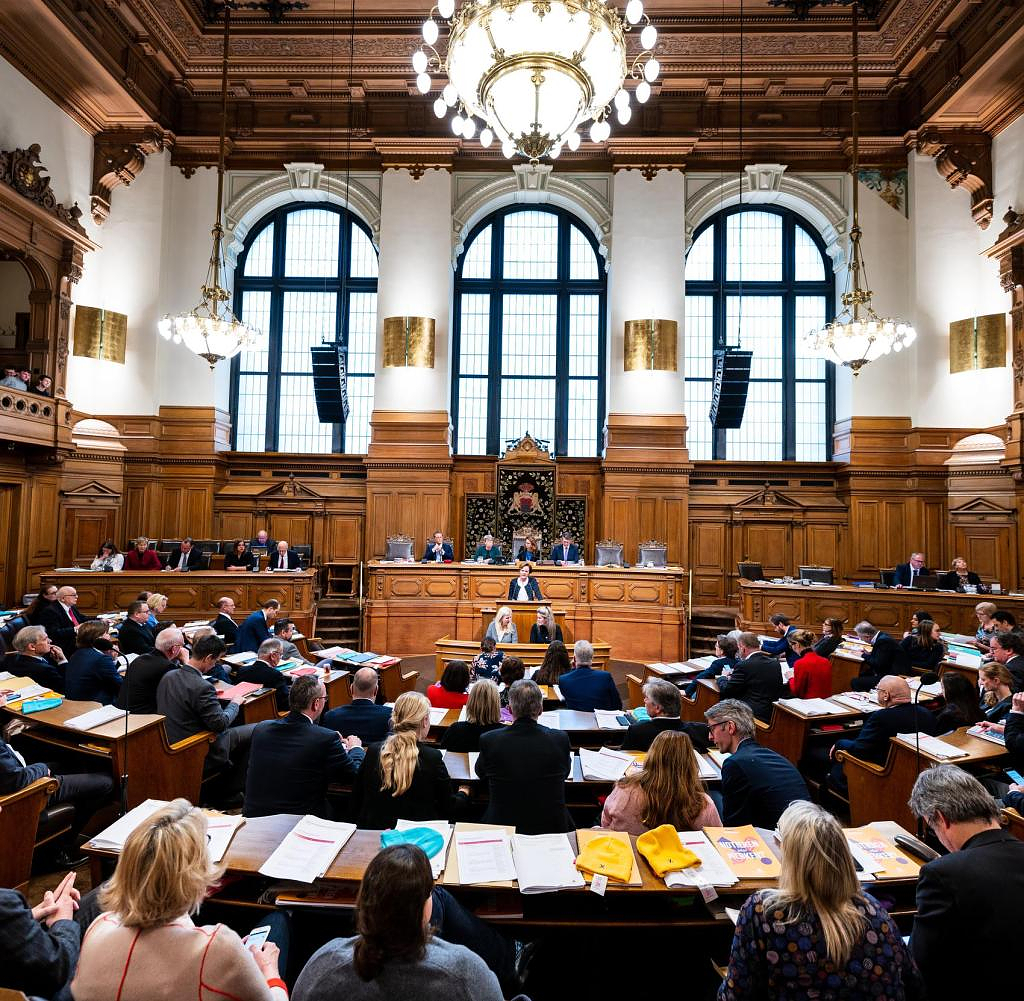 The three parliamentarians André Trepoll (CDU), Matthias Petersen (SPD) and Farid Müller (Greens) had big plans: they wanted to include the fight against fascism and anti-Semitism in the Hamburg constitution in May 2021. Their joint initiative came about under the impression of the attacks in Halle and Hanau and the attack on a Jewish student.

Only three days after the appeal by the three MPs, it became apparent that anti-Semitism and xenophobia sometimes get a stage in Hamburg too: the Islamist alliance “Muslim Interactive” marched through the city center at the end of May 2021, with around 200 men repeatedly shouting the anti-Semitic slogan “Child killers Israel".

A year and a half later, the initiative of the three MPs has turned into a cross-party draft for a constitutional amendment, which is to be decided by the city council at the beginning of next year. Diversity and cosmopolitanism create identity for urban society, it says.

"With this in mind and with a firm will, the Free and Hanseatic City of Hamburg ensures the dignity and freedom of all people. She campaigns against racism and anti-Semitism as well as any other form of group-related enmity. It opposes the renewal and spread of totalitarian ideologies and the glorification and glorification of National Socialism.”

The CDU parliamentary group already approved the draft this week, which the constitutional committee dealt with on Friday last week. The Greens parliamentary group received approval for the constitutional amendment through a unanimous decision at their state general assembly and intends to adopt the motion within the group, probably by the end of November. The SPD, as the third group in the league, will vote "this year", a spokeswoman said.

In times of increasing polarization "up to and including extremist efforts in all directions", a clear commitment to the free-democratic basic order and against the glorification of National Socialist ideas is urgently needed, said CDU politician Trepoll. This is all the more important "because the immediate eyewitnesses are no longer there". It is now the task of the current generations "to keep alive the memory of the injustice, of the unspeakable suffering and to give anti-Semitism no place," emphasized Trepoll.

You are entering "new territory" with the formulations that were ultimately chosen, said the constitutional spokeswoman for the Greens, Lena Zagst. In a hearing of experts in the constitutional committee, it became clear that no other state constitution contains such a far-reaching demand as action against group-related enmity.

However, the expert hearing also made it clear that the Hamburg constitution is one of only three constitutions in Germany that does not contain any reference to National Socialism. This reference is often only encapsulated, explained Sybille Steinbacher, a professor at the Goethe University in Frankfurt. But that was the norm immediately after World War II, when most constitutions were made.

She recommended that the citizenry tackle the constitutional amendment. However, the project was not undisputed among the experts. Among other things, it was about the very fundamental question of the extent to which a constitution should be changed by Parliament alone. In Hamburg, a two-thirds majority of MPs is sufficient. In Bavaria, for example, there are referendums on constitutional amendments.

The Hamburg constitution was last amended in February 2020. At that time, responsibility for limiting global warming was laid down. Together with the fight against racism and anti-Semitism, the constitution is to be expanded in the coming year to include a commitment to children's rights, the promotion of voluntary work and a passage on the European Union.

The preamble is intended to state that Hamburg is making a contribution "to a European Union that is committed to democratic, constitutional, social and federal principles and the principle of subsidiarity". The SPD also wants to vote on the constitution together with the changes that result from the agreement with the popular initiatives “No profits with soil

‹ ›
Keywords:
HamburgVerfassungenAntisemitismusRassismus
Your comment has been forwarded to the administrator for approval.×
Warning! Will constitute a criminal offense, illegal, threatening, offensive, insulting and swearing, derogatory, defamatory, vulgar, pornographic, indecent, personality rights, damaging or similar nature in the nature of all kinds of financial content, legal, criminal and administrative responsibility for the content of the sender member / members are belong.
Related News