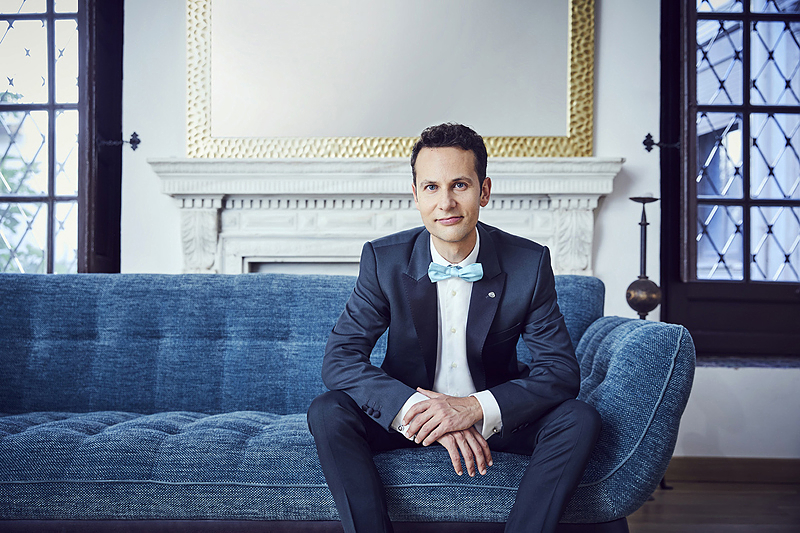 Calio Alonso (Bastetano pianist) was awarded the Dama de Baza Culture Prize in its XXIII Edition. This award is the oldest and most prestigious awarded by the Baza City Council. Its purpose is to "recognize, value those people or group that, through their works or through their participation in various initiatives in the area of art and creation or strengthening and conserving cultural and ethnographic heritage have contributed to the enrichment and culture in Baza."

The Lady's Week acts usually take place in Baza. This time, the award ceremony coincides with official closing of 50th Anniversary celebrations of the 1971 discovery of the iconic and indispensable Iberian sculpture. Calio Alonso will be presented with a exact replica of Lady by Ramon Salarich, a Catalan-born sculptor. This act will be performed at Dengra Theater. It is exactly where Calio Alonso performed a few years ago with Alexis Morales with the tour Canciones and estampas. Two Shores>>.

The Informative Committee on Culture of the City Council of Baza determines the individual or entity that is worthy of the Lady of Baza Award for Culture. They review all proposals from individuals, institutions, political parties and groups, as well as those that have to support them. The winner is chosen by the members of this Commission. In general, the agreement is approved unanimously and submitted to the Local Government Board.

This 2022 edition of the Calio Alonso Award is "in recognition his career as a pianist, musician, with music, and especially his dedication to Baza, being the center of much of his work."

Calio Alonso was a musician and artist who was born in Baza, Granada in 1985. Advanced studies in singing accompaniment, piano and orchestra conduct were completed at Hochschule fur Musik "Franz Liszt" in Weimar (Germany). He also completed a degree in piano at the Conservatorio Superior del Liceo de Barcelona. He also graduated from the University of Granada in Fine Arts and then went on to complete a Master's in Business Management and Cultural Institutions at the University of Barcelona.

He has been a soloist, as well as being a member of ensembles, chamber ensembles, and choral groups, on numerous occasions throughout Spain. Also, in Germany, Austria and France, Slovakia and Guatemala, Costa Rica, Venezuela, and Mexico at the Palacio de Fine arts. He was invited to the Aspen Festival in the United States and the Santa Fe Chamber Music Festival. He has been performing concerts in his hometown of Baza for over 25 years. Almost always at the Ideal and Dengra theaters.

He recently completed a concert tour in North America with Michelle deYoung (North American mezzo-soprano), who has won three Grammy Awards. Michelle deYoung is also the winner of the Grammy award for best lied album. He forms a duo with Pablo Martos (Granada-born violinist), that performs music by foreign and Spanish composers. He also supports charities through music such as Calor y cafe de Granada or Spanish Association Against Cancer.

The next season will see him on two tours in Spain with Alexis Morales (costa Rican trumpeter), as Yamaha artist for Latin America. He also has new solo performances and invitations for various competitions as a pianist accompanist and jury. A concert tour of Colombia and Mexico is on the agenda as well as several projects in Costa Rica, Mexico and other Latin American nations.

‹ ›
Keywords:
MusicoCalioAlonsoPremioDamaBazaCultura2022
Your comment has been forwarded to the administrator for approval.×
Warning! Will constitute a criminal offense, illegal, threatening, offensive, insulting and swearing, derogatory, defamatory, vulgar, pornographic, indecent, personality rights, damaging or similar nature in the nature of all kinds of financial content, legal, criminal and administrative responsibility for the content of the sender member / members are belong.
Related News