Asaja-Almeria's Executive Committee has visited Los Velez to observe the start of the harvest. 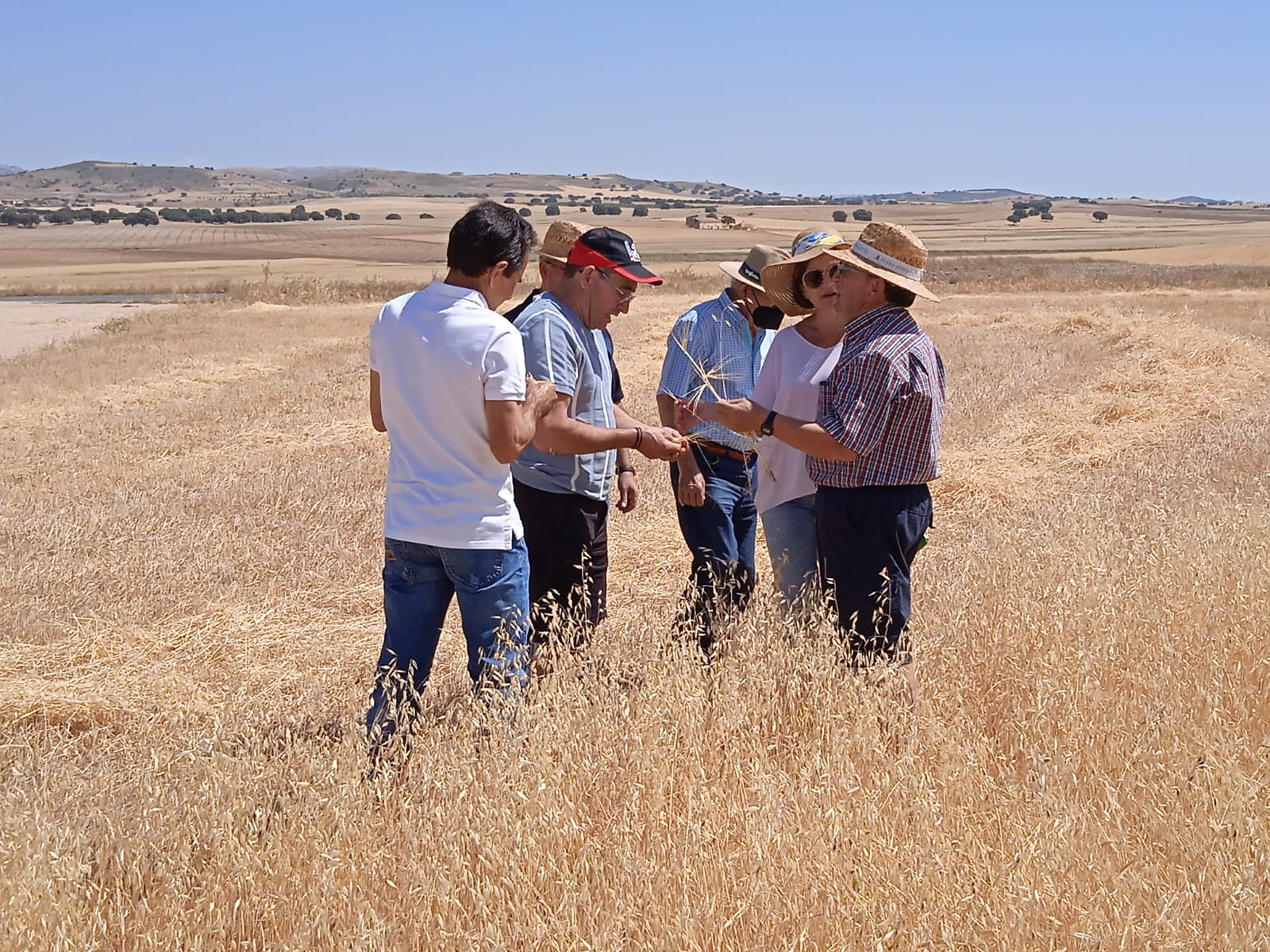 Asaja-Almeria's Executive Committee has visited Los Velez to observe the start of the harvest. This is a similar move that has been made in recent years to monitor the progress of the previous harvest. The collection of cereals began some years ago. According to the first estimate, this year's cereal harvest will reduce its production by more than 35%. Barley and oats are the first products to be harvested, so this reduction is concentrated on them. However, even though the wheat harvest is not yet underway, initial calculations suggest a significant decrease along these lines.

A decrease of around 5 percent in the area planted with cereals is important, continuing the trend from recent years. Barley has 8,400 hectares and 3,200 hectares wheat. Oats have 3,000 hectares. They also note that Almeria's main production area has a significant reduction in the grain's specific weight, which raises the number of failed grains. Yesterday, Adoracion Blanque the president of Almeria, stated that there has been a significant decrease in grain weight and volume.

According to the Agrarian Organization, the main causes of decreased production are the weather conditions. This is due to a lack of water during the winter and autumn months, as well as frost, haze and high temperatures. The heat at the end spring has slowed the grain's final maturation. This is dependent on the cycle they were in. In this way, even though insurance is available in this area, the discomfort experienced by cereal growers is due in part to the small maximum yield allowed in many areas.

Farmers are uncertain about the cost of the campaign because of the prominent rise in costs. This has resulted in farmers being unable to face the campaign, with diesel at 50%, fertilizers at 54%, and seeds at 30%.

‹ ›
Keywords:
AsajaPreveDesplomeCosechaCerealesNorteAlmeria
Your comment has been forwarded to the administrator for approval.×
Warning! Will constitute a criminal offense, illegal, threatening, offensive, insulting and swearing, derogatory, defamatory, vulgar, pornographic, indecent, personality rights, damaging or similar nature in the nature of all kinds of financial content, legal, criminal and administrative responsibility for the content of the sender member / members are belong.
Related News