Among pig farmers and butchers, the fear of ending up on the bone

Charlotte on her hair, masked mouth, gloved hands, in overalls, apron and chasuble in chain mail to protect against cuts, three workers are busy on hams weighing a dozen kilograms, in a room maintained at 7°C . 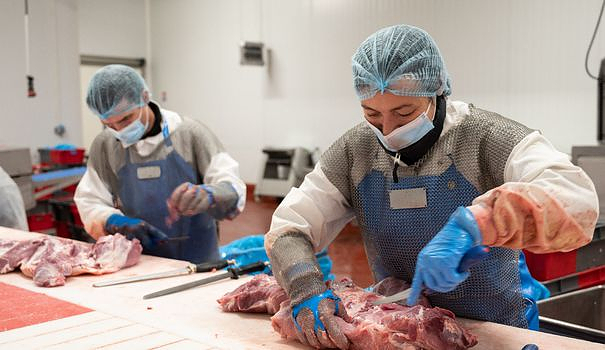 Charlotte on her hair, masked mouth, gloved hands, in overalls, apron and chasuble in chain mail to protect against cuts, three workers are busy on hams weighing a dozen kilograms, in a room maintained at 7°C .

The hams will then be brined, churned, shaped, cooked and placed in a cold room before reaching the shelves of supermarkets or the butchers' stalls.

So many steps that consume gas and electricity. On the gas side, the La Bresse company, 86 employees, has a little respite: the contract with its supplier runs until the end of 2023, synonymous with price stability over the period.

For electricity, which is used for ventilation and refrigeration, the bill should more than triple in 2023, around 850,000 euros, against 250,000 euros this year.

This charcuterie in the town of Servas, which belongs to the Agrial cooperative group, has an annual turnover of 17 million euros.

At a time when the annual negotiations with the supermarket brands are beginning, "we are in the process of presenting the 2023 tariffs taking into account energy prices", explains its director Marc Berger.

“We clearly need a price increase”, of the order of 5 to 7%, he continues, during a visit organized by Inaporc, the organization which brings together breeders, slaughterers, butchers, distributors.

These professionals are calling on the State to allow all companies to benefit from the cap on the price of electricity, otherwise, according to them, cessations of activity will increase "causing many job losses".

In 2022, La Bresse sold its products on average 10% more expensive, taking into account, in particular, the increase in the price of pork which reached a peak this summer, at two euros per kilogram, before declining.

"To keep the balance, we work on the price [of the products] and the performance of the factory", explains Marc Berger.

“We are going to fill our cells as much as possible” with cooking, he illustrates in front of an oven from which comes a trolley of caramelized hams.

The plant has also reduced its water consumption by more than 10%, in particular by rationalizing the desalting of the casings of future andouillettes. "Before the faucet flowed continuously" while two hours of soaking is enough.

The health of the industrialists worries the breeders who supply them with raw material.

This competition weighs down the price of pork, which has lost 25 cents in one month, and therefore the cash flow of farms, also faced with the outbreak of cereals and energy.

Every week, around 180 pigs leave the farm of Jean-Vincent Chapaton and Alexis Pugliese. They are transformed into hams or sausages to be cooked in La Bresse, about twenty kilometers away.

The 38-year-old brothers-in-law have invested more than 2.5 million euros to renovate and expand the Confrançon family farm, which has 380 mothers and their offspring, or 4,000 heads.

Knowing that they must also repay the bank, pay the employee, electricity, vet fees...

They will end the year in the red, "while the price has risen to a historic high", is still surprised Alexis Pugliese.

He lets go: "If production costs continue to rise and prices do not follow, we will not get through 2023." 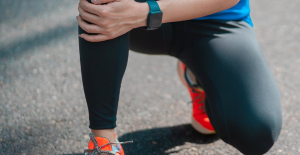 Surgery is not always the best solution 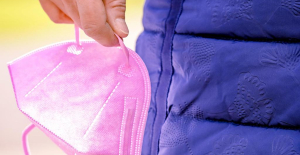