After the storms, the Gard in red vigilance rain-flood

"Very virulent thunderstorms with very heavy rains formed very suddenly on the Gard", indicated Météo-France in the vigilance bulletin issued shortly after 2:30 a. 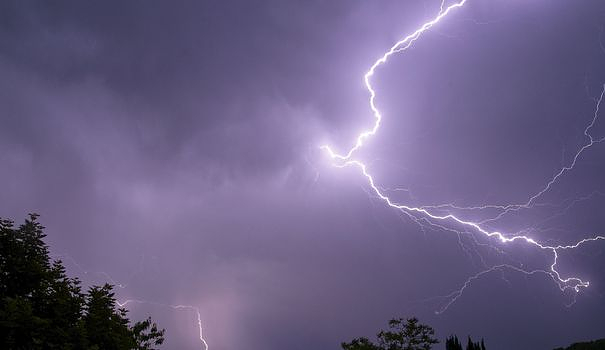 "The Nîmes urban area was hit by a violent storm during the night, up to 135 millimeters of rain fell," a spokesman for the Gard fire department told AFP.

Faced with these downpours, the emergency services carried out "fifteen safety measures" for motorists who were welcomed in a gymnasium and gradually returned to their homes, he added. The firefighters also carried out around fifty minor interventions (manhole covers raised by the water, etc.) still in the Nîmes region.

Gard remaining on red alert until 6 a.m., the total workforce mobilized in the department has been increased to 400 firefighters, including 84 flood specialists, according to the firefighters' spokesperson.

The department also remains on orange alert for thunderstorms, as does neighboring Hérault, also placed on orange rain-flood alert. These two departments had been placed in absolute vigilance Tuesday afternoon for three hours, due to "stationary thunderstorms" - the first of the season - and significant volumes of precipitation.

Some 150 to 180 mm of water had been recorded "in less than three hours" in the south-east of Hérault and the south-west of Gard, before the bulk of the storms shifted to sea, had indicated the meteorological institute, but no victim or significant intervention had been reported, according to the emergency services.

The department of Vaucluse was also placed in the night in orange vigilance rain-flood. On the other hand, the alert was lifted on ten departments in the northeast.

In the next few hours, the storms will continue in the Gard and the Vaucluse and could still bring "in places 50 mm or even more in a short time", according to Météo-France, which warns against the risk of "very floods". important" that could affect road traffic and rail transport.

Red vigilance is activated in the event of "very violent storms, likely to locally cause very significant damage", in particular "on dwellings, parks, crops and plantations".

The populations are then invited to stay at home, in a permanent building, and not to use their vehicle.

In the Grand Est region, sometimes virulent thunderstorms continued to circulate on Tuesday evening. They "caused hailstorms in the south of Champagne", according to Météo France, which specifies that the few thunderstorms locally present in Burgundy Franche-Comté no longer require special monitoring.