After stealing a silver vase from Elvira Street Church, an arrest was made

Granada Local Police arrested a 46 year-old man after he slipped into the Hospitalicos Church on Elvira Street and took a silver vase. 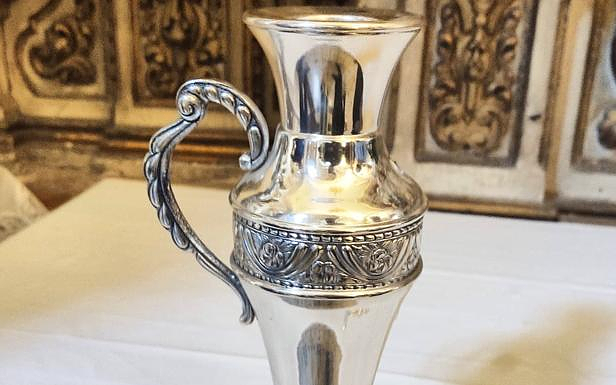 Granada Local Police arrested a 46 year-old man after he slipped into the Hospitalicos Church on Elvira Street and took a silver vase. These events took place last Thursday just before 6 p.m. The priest at the church called the 112 Emergency Service to warn that an individual dressed in a tank top and straw hat had entered the temple with an aggressive attitude. He had grabbed a silver vase and thrown it on the ground before picking it up to take it with him, fleeing.

Two local police officers were present in Plaza Nueva and identified an individual who replied to their description of the alleged thief. Agents discovered that the silver piece he had stolen from Hospitalicos church was still in his possession.

He was then taken to the National Police offices, where he was admitted into the dungeons while awaiting trial. He is a Spanish citizen and resides in the Sacromonte caves.

‹ ›
Keywords:
DetenidoTrasRobarFloreroPlataIglesiaCalleElvira
Your comment has been forwarded to the administrator for approval.×
Warning! Will constitute a criminal offense, illegal, threatening, offensive, insulting and swearing, derogatory, defamatory, vulgar, pornographic, indecent, personality rights, damaging or similar nature in the nature of all kinds of financial content, legal, criminal and administrative responsibility for the content of the sender member / members are belong.
Related News