According to the autopsy, the murder victim in Tijola was strangled to death after she was beaten by her husband. 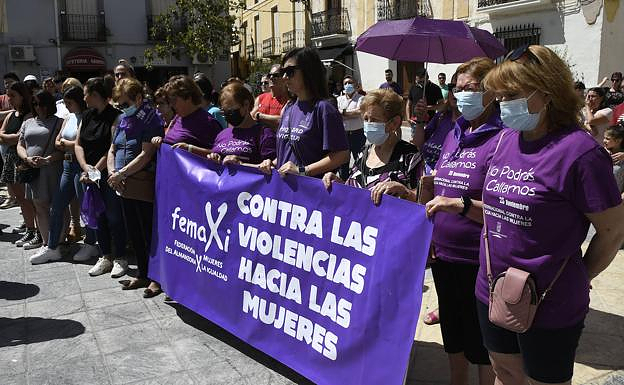 Maite C.P. was the 50-year old woman who was murdered at her Tijola family home, in the Almanzora Valley. She was allegedly strangled by her husband, who had previously beat her.

This is based on the autopsy report of UML of Almeria, which was contributed to the preliminary proceedings by Single Investigating Court of Purchena. It has ordered the admission of the accused to provisional prison.

According to Europa Press, sources close to investigation indicated that the violent death was caused by "mechanical suffocation" in the early hours of the 27th. However, the death was confirmed at 4:45 p.m. when the body of the couple was discovered inside the home.

Maite C.P. was also revealed in the IML autopsy report. She was also subject to "beatings" prior to being strangled. The death would have happened during "an argument."

Miguel Angel J.M. was ordered by the Investigating Court. Miguel Angel J.M. was placed in provisional jail, communicated, and without bail. This was due to "convincing" criminal indications that he is the author of an alleged crime for homicide, and because he may be at risk of flight given the seriousness of the facts.

The IML forensic report was not the only evidence that the detainee had "confessed" to the crime to Civil Guard agents. He turned himself in on Friday in Vera, a municipality more than 60 km from Tijola. He also testified to the same effect at judicial headquarters, according to the same sources.

Maite C.P. was the director of the Territorial Area of Employment of the Levante-Norte region in Almeria of the SAE. This crime is the first to be recorded by the province of Almeria this year in the context of violence against women and one of three that Andalusia has counted.

Three days of mourning were declared by the Tijola City Council. They ended Monday in a show of condemnation and rejection for the homicide. In his memory, five minutes silence were observed on Saturday. She has two adult children and there were no complaints about mistreatment in the marriage.

Telephone 016 provides information and legal advice for victims of sexist violence as well as those who are close to them. The service is available 24 hours a days, can be reached in 52 languages and does not leave traces on your telephone bill. However, it may be registered at certain terminals. The service also responds via email 016-online@igualdad.gob.es and pays attention via WhatsApp on 600000016.

‹ ›
Keywords:
AutopsiaApuntaMujerAsesinadaMaridoTijolaMurioEstranguladaTrasGolpeada
Your comment has been forwarded to the administrator for approval.×
Warning! Will constitute a criminal offense, illegal, threatening, offensive, insulting and swearing, derogatory, defamatory, vulgar, pornographic, indecent, personality rights, damaging or similar nature in the nature of all kinds of financial content, legal, criminal and administrative responsibility for the content of the sender member / members are belong.
Related News