Post a Comment Print Share on Facebook
Famagusta
DOLLAR 18,84
EURO 20,20
GOLD 1.135,76
BIST 4.186,01
The state of NRW has to burn millions of masks and van Laack smocks
"That's the only thing I want - drugs"
How Goethe plunged his son into misfortune
"America will soon be in civil war"
Here you can now get funding for the renovation
"It's not just about having sex, it's about much more"
The "Komet" brought Udo Lindenberg his first number 1 hit
Fall and demolition after an abstruse jump to 161.5 meters
"I felt like my heart was being ripped out"
What you should now know about organ donation

Abrupt end of a fairy tale 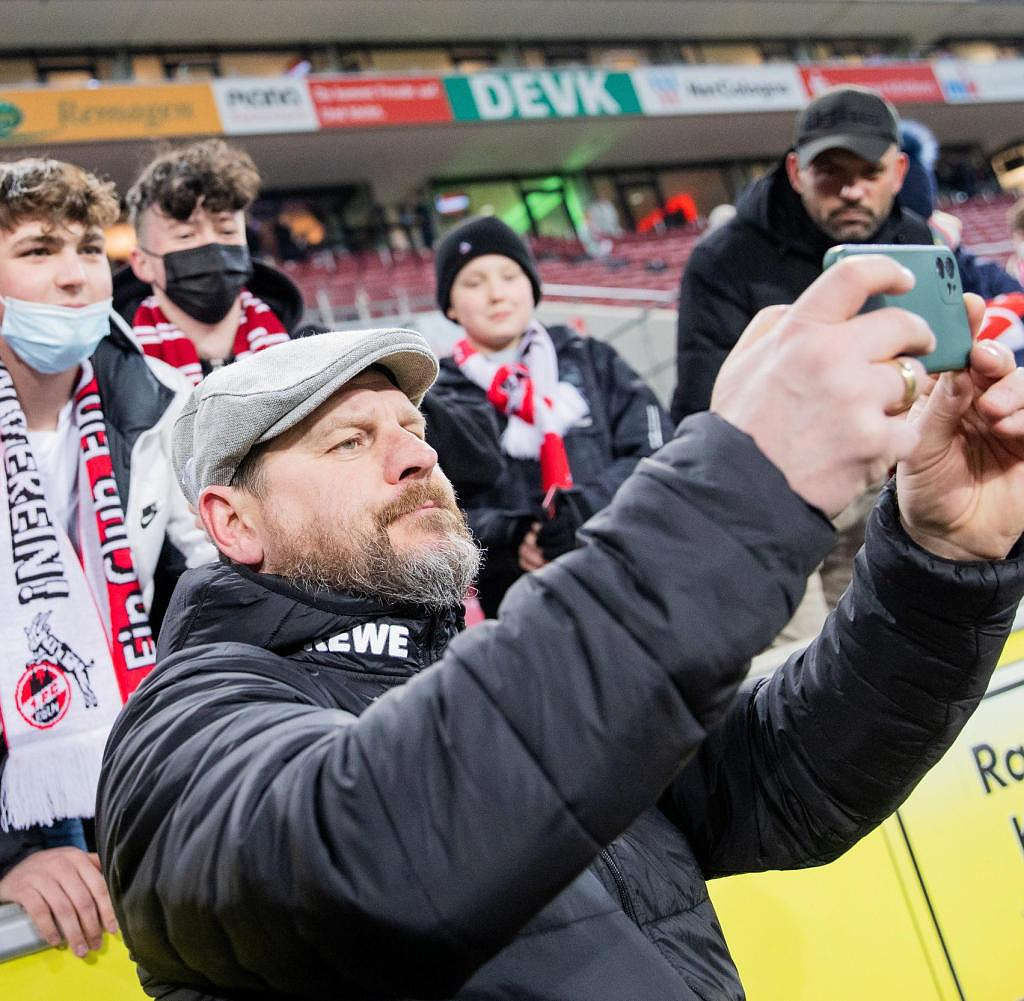 Steffen Baumgart will never tacitly accept certain circumstances. He had more than enjoyed his first European Cup season as a coach and would do everything to "experience something like that again," said the 50-year-old: "Preferably with FC, of ​​course. Because I am now enthusiastic about the mentality of my team.”

No, he was at peace with himself and his team, although Cologne's international trip came to an end on Thursday due to the 2-2 (0-2) win against OGC Nice in the last group game of the Conference League. But Baumgart was not disappointed. On the contrary. "I'm happy to work here," he said. The only thing that bothered him were these "meticulous" regulations and processes of the European football association Uefa. "I have the impression that the organizer is the focus, but that's where the teams should be," he said. Uefa is a "service provider" and as such it should organize the competition, "and therefore good".

They also love their coach in Cologne because of such statements – but above all because he manages to push the team to their performance limits on a regular basis. Like on Thursday, when the Cologne seemed almost defeated. At the break they were 2-0 down. But then the team turned it up again and brought a technically clearly superior opponent to the brink of defeat - as so often this season. They were just a goal shy of progressing to an international knockout stage for the first time since 1990. It was "an up and down of emotions," said Baumgart.

1. FC Köln has been an experience since Baumgart took over the team in the summer of 2021. At that time, the traditional club had just missed relegation by a hair's breadth. The future seemed more than uncertain. The previous years as an elevator club had cost money and weakened the sporting substance. The effects of the corona pandemic hit the club.

It didn't get any better economically. On the contrary. Another loss (15.7 million euros) had to be announced for the 2021/2022 financial year. Overall, calculated Financial Director Philipp Türoff, Corona caused FC revenue losses of 85 million euros. In addition, there are liabilities of 66 million euros - among other things, because sponsorship money that would only have become due in the future was already used up in advance. The association is, with which the Cologne team dealt with this transparently, which is unusual for the industry, a case for restructuring.

The result is a rigorous austerity course. Well-known players had to be sold last summer. The transfers of top performers such as Salih Öczan and Anthony Modeste, both of whom went to Borussia Dortmund, brought in just over ten million euros.

The anxious question was: Which coach will do that? The answer shows where Baumgart's greatest value lies for FC: The Berliner, who led the team into international competition at the end of his first season, extended his contract and accepted the general conditions. "I have to develop Bundesliga players and I can't buy any," he said. So be it.

Thus Baumgart's second year on the Rhine became an impressive testament to his skills and loyalty. He created new opportunities for himself, relying on players who were either only known to insiders or who had been classified elsewhere as only conditionally suitable for the Bundesliga.

In attack he relied on the currently injured Florian Diez, 23, who came from the second team. He gave Steffen Tigges, 23, the confidence he no longer felt at Borussia Dortmund. Linton Maina, 23, came on a free transfer from Hannover 96 and Sargis Adamyan, 29, from Hoffenheim for 1.5 million euros. Everyone plays regularly now.

The personnel change did not detract from the dominant, courageous style of play. As in the previous year, Cologne is playing offensively – much more offensively than a team with such a squad should play according to popular belief. At the same time, the unusual double burden of the Bundesliga and the European Cup could be mastered as well as possible.

Baumgart had to rotate extremely. Many had seen the breaking point here: the qualitative gap in the squad seemed too great for many changes. In addition, top performers such as Jonas Hector, Marc Uth, Diez and Jan Thielmann, who was only able to make his comeback as a substitute on Thursday, were out due to injury. "We have always said how important it is that we take everyone with us," said Baumgart.

He managed to bring players to a level that they would not have even dared to dream of recently: One of the most conspicuous players on Thursday was Denis Huseinbasic, 21. The midfielder came from Offenbacher Kickers – from the fourth division .

"It is due to our style of play that we manage to convince even with changed casts," said Florian Kainz. The Austrian national player, who was promoted to the Bundesliga with Cologne in 2019, is one of the leading players. From the start he saw how Baumgart managed to make every player, no matter what status they thought they had, feel like an important part. "Everyone pulls everyone along with us," says Kainz.

The Cologne team earned almost eleven million euros through the Conference League - money that the club can use well. Because not only the effects of Corona are causing problems for FC. The people of Cologne are also suffering from the consequences of years of investment backlog. "We have an infrastructure that was top in German football in the 1960s. There are now third division clubs that are better positioned than we are," managing director Christian Keller recently told Spox.

The situation in Cologne will remain tense. But the positive way of dealing with difficulties sets an example and shows a way in which problems can be mastered.

Baumgart and his players would like to return to the European Cup. The fairy tale should only have a break. Cologne have to play Freiburg away in the Bundesliga on Sunday (5.30 p.m., DAZN). It's the start of the sixth English week in a row. Then comes the World Cup break. "And then I make three crosses," says Baumgart.

‹ ›
Keywords:
BundesligaFussballBorussia Dortmund1. FC KölnOffenbacher KickerSC FreiburgAnthonyFC KölnSteffenConference LeagueSteffen BaumgartBaumgartModesteFC Einnahmeausfälle
Your comment has been forwarded to the administrator for approval.×
Warning! Will constitute a criminal offense, illegal, threatening, offensive, insulting and swearing, derogatory, defamatory, vulgar, pornographic, indecent, personality rights, damaging or similar nature in the nature of all kinds of financial content, legal, criminal and administrative responsibility for the content of the sender member / members are belong.
Related News