full resurgence of tensions between Beijing and Washington, the administration of Donald Trump is going to temporarily ban flights by chinese airlines from and 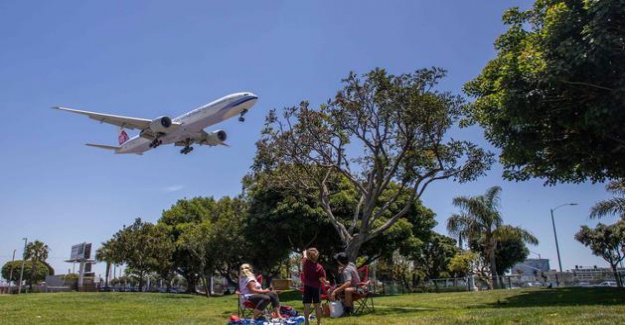 full resurgence of tensions between Beijing and Washington, the administration of Donald Trump is going to temporarily ban flights by chinese airlines from and to the United States, because Beijing has not allowed the us carriers to resume activity in China despite the déconfinement.

This prohibition will take effect on June 16, but it is not excluded that the implementation of this measure would be discussed before this date, announced on Wednesday that the department of Transportation (DoT). "The u.s. airlines were asked to take over the service (in China), from the 1st of June. The failure of the chinese government to approve their applications is a violation of the agreement on air transport, has blasted the department.

read also : The recovery of the aviation sector promises to be a painful

Delta Air Lines and United Airlines had suspended in February and in march their flights to and from China due to the pandemic of Covid-19, but wished to resume activity in the country this month. They still have not received the green light from the civil aviation authorities of china, which, however, were authorized in march the local airlines to operate a flight per week from and to a foreign country. This limitation is intended to contain the spread of the virus.

Currently, four chinese airlines operate flights between the United States and China against zero for the american groups, according to the DoT.

If this is not dictatorship , but the Chinese do not care much . Trump with his whims of an 8 year-old is not for a long time !

"Beijing has not allowed the us carriers to resume activity in China" , so Trump has totally reason, the Chinese authorizes to chinese companies but not the company's us and the USA should be fooled??? China really gold medal in bad faith and lies.

trump is able to trigger a war to get re-elected.